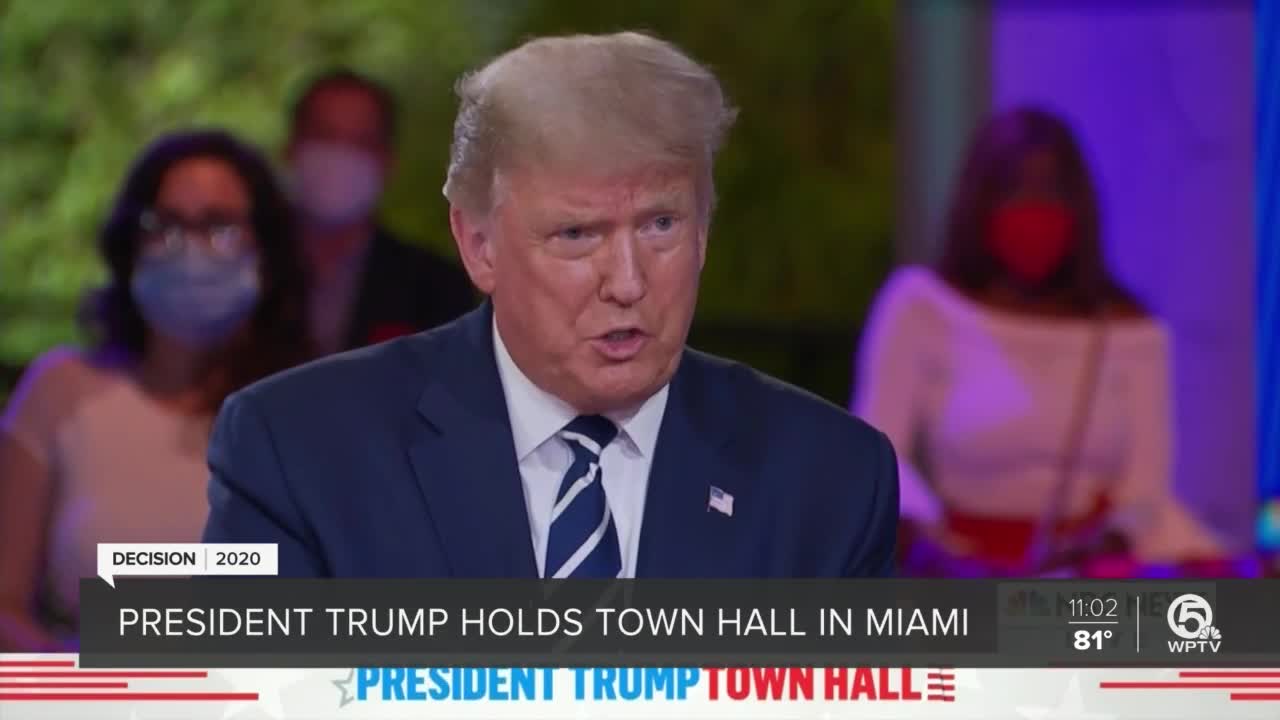 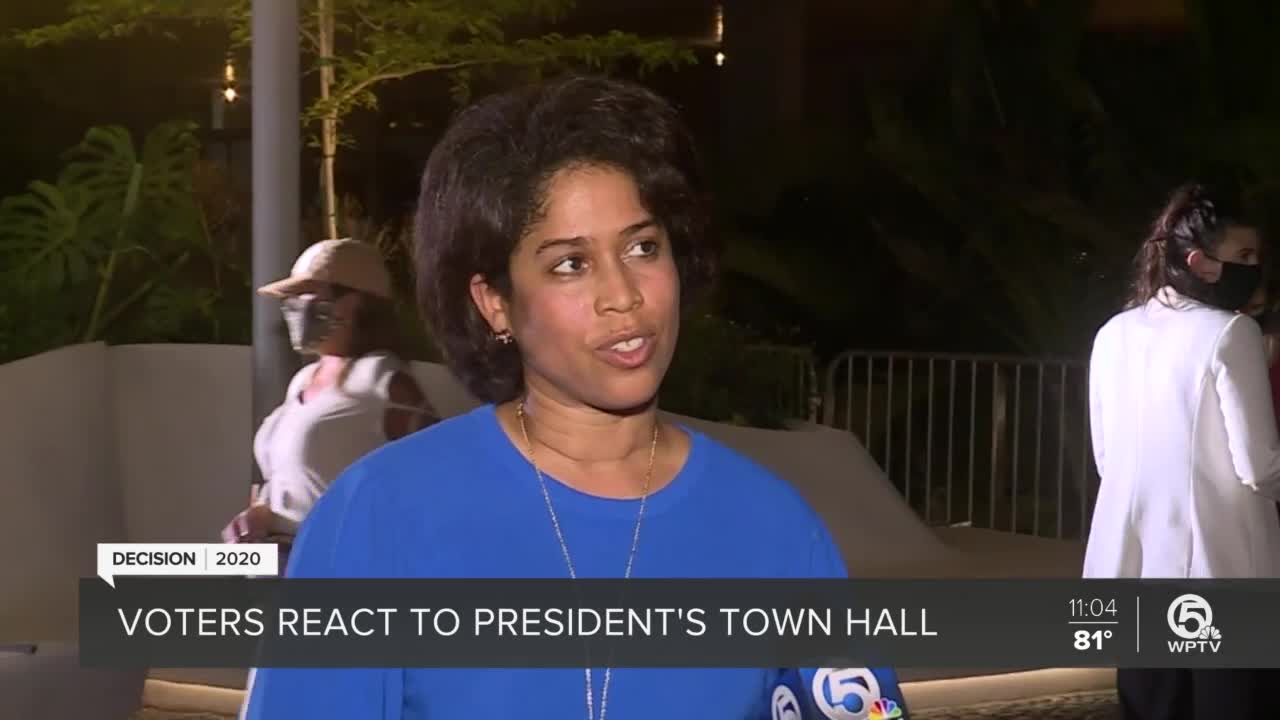 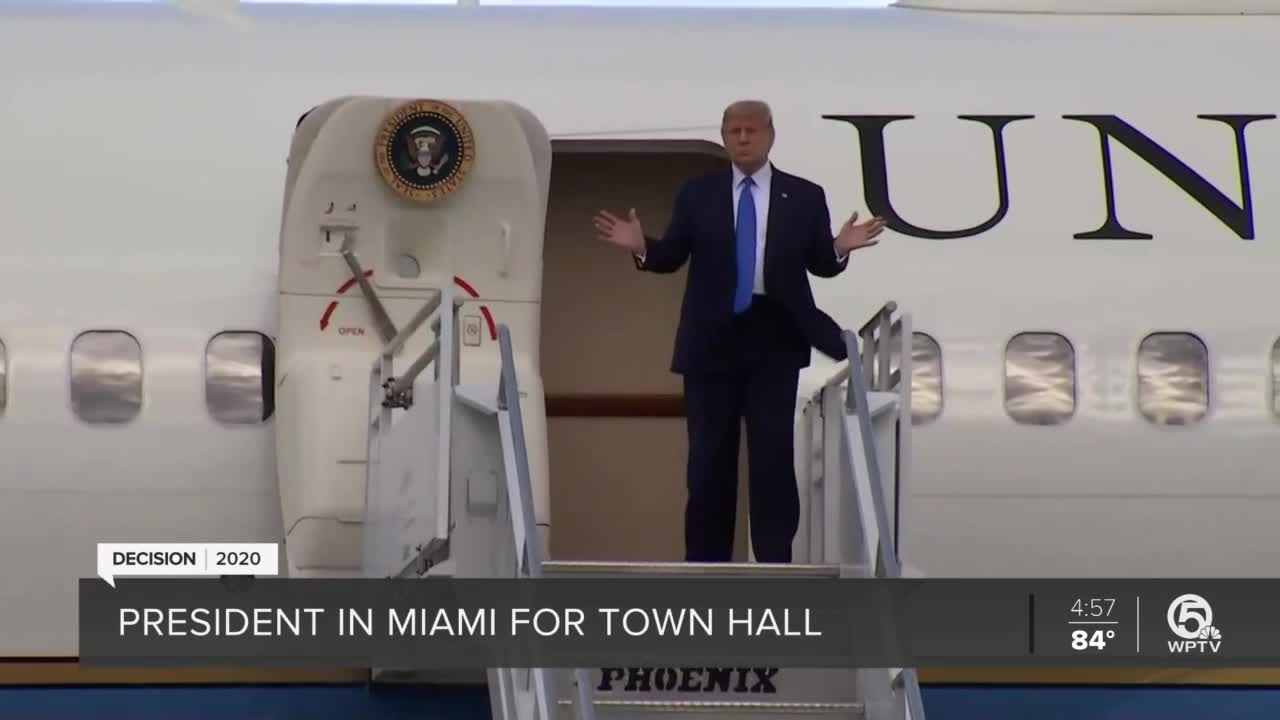 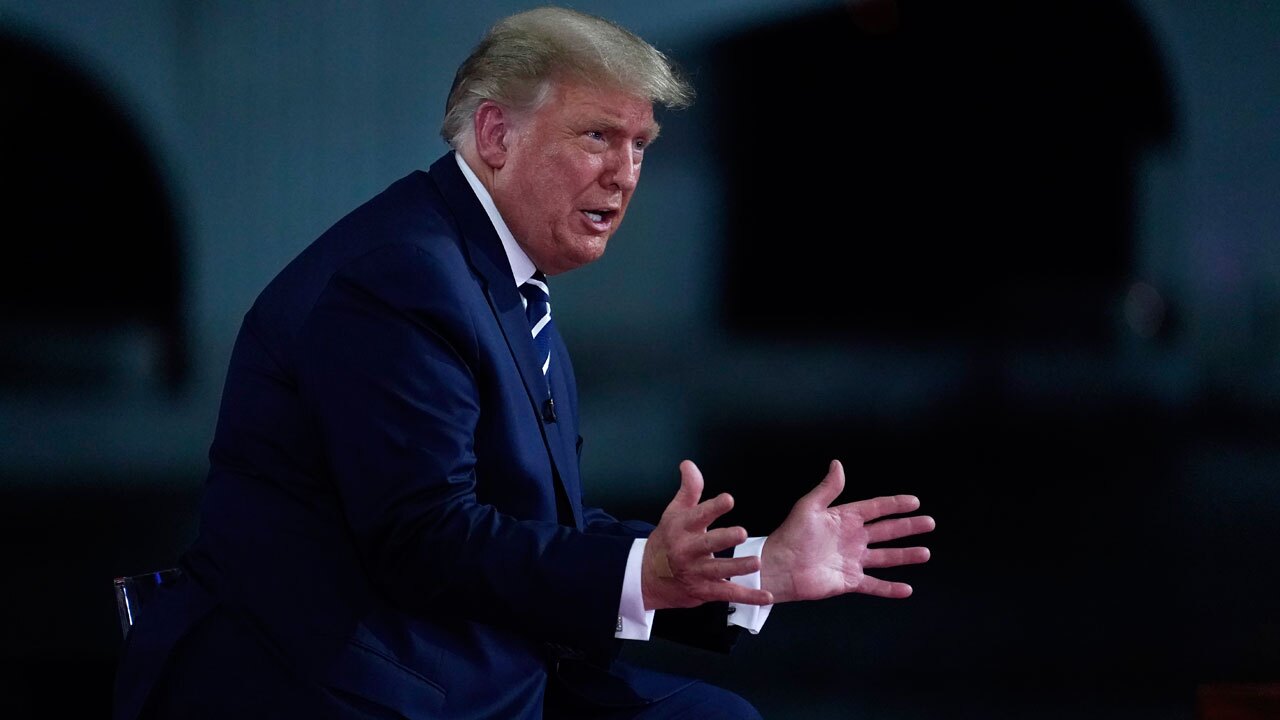 "Today" show co-anchor Savannah Guthrie moderated a conversation between Trump and a group of Florida voters on critical issues impacting their vote less than three weeks before Election Day.

Trump was evasive about whether or not he took a COVID-19 test on the day of his debate against Democratic presidential nominee Joe Biden in Cleveland on Sept. 29.

Debate rules required that each candidate, using the honor system, had tested negative before the Cleveland event, but Trump spoke in circles when asked when he last tested negative.

Guthrie asked Trump about denouncing white supremacy after the president balked at the opportunity during the debate with Biden in Cleveland.

However, he refused to disavow QAnon, a discredited conspiracy theory that claims a government insider is fighting secret opponents of the president.

Following his recovery from the coronavirus, Trump was not required to wear a mask onstage.

Guthrie asked Trump why masks were not worn at an inside White House event for Judge Amy Coney Barrett that ended up spreading COVID-19.

"As far as masks are concerned, I’m good with masks. I’m OK with masks. I tell people to wear masks," Trump said.

Trump largely dodged tough questions from Guthrie and voters alike about his struggle to control the pandemic, his refusal to release his tax returns and his vague promises to fix the nation's health care system.

He again sought to minimize revelations from a New York Times investigation that he has more than $400 million in debt and suggested that reports are wrong that he paid little or no federal income taxes in most years over the past two decades.

One voter at the town hall was worried about Republican efforts to end the Affordable Care Act.

"The problem with Obamacare, it's not good. We'd like to terminate it, and we want a much less expensive health care that's a much better health care," Trump said.

Trump said coverage for preexisting conditions will be protected, but he again insisted on replacing Obamacare. Critics note he has not laid out a comprehensive plan to do so during virtually his entire first term in office.

Voters voice their opinions after Trump town hall in Miami

Trump also defended his efforts, and those of Senate Republicans, to quickly confirm Barrett to the U.S. Supreme Court. He argued Democrats would do precisely the same thing if given the chance.

"If you look at it, and you put the shoe on the other foot, if (the Democrats) had this, they would (nominate a Supreme Court judge), 100 percent," Trump said.

The president was visibly upset at times with Guthrie and said more than once that they were "on the same side."

Trump is making multiple campaign stops in Florida this week, including holding a rally in Sanford on Monday, followed by visits to Fort Myers and Ocala on Friday.

The candidates are still scheduled to debate for a second and final time next week in Nashville.