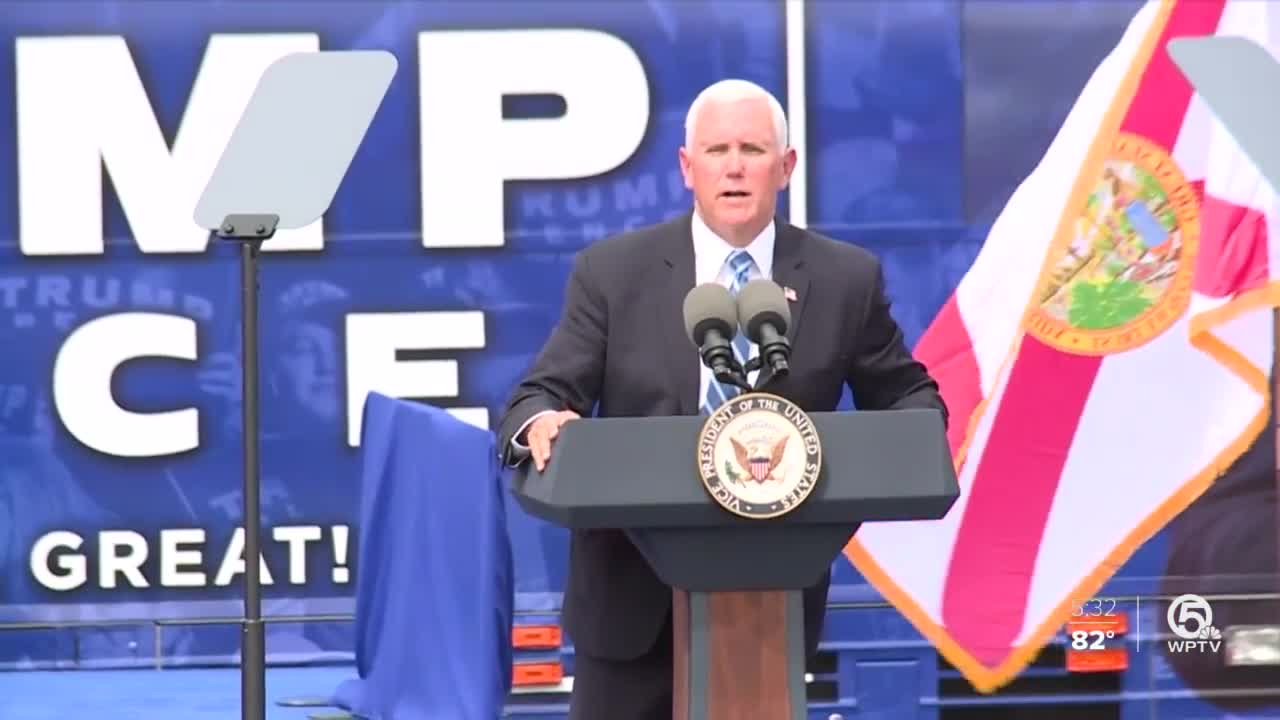 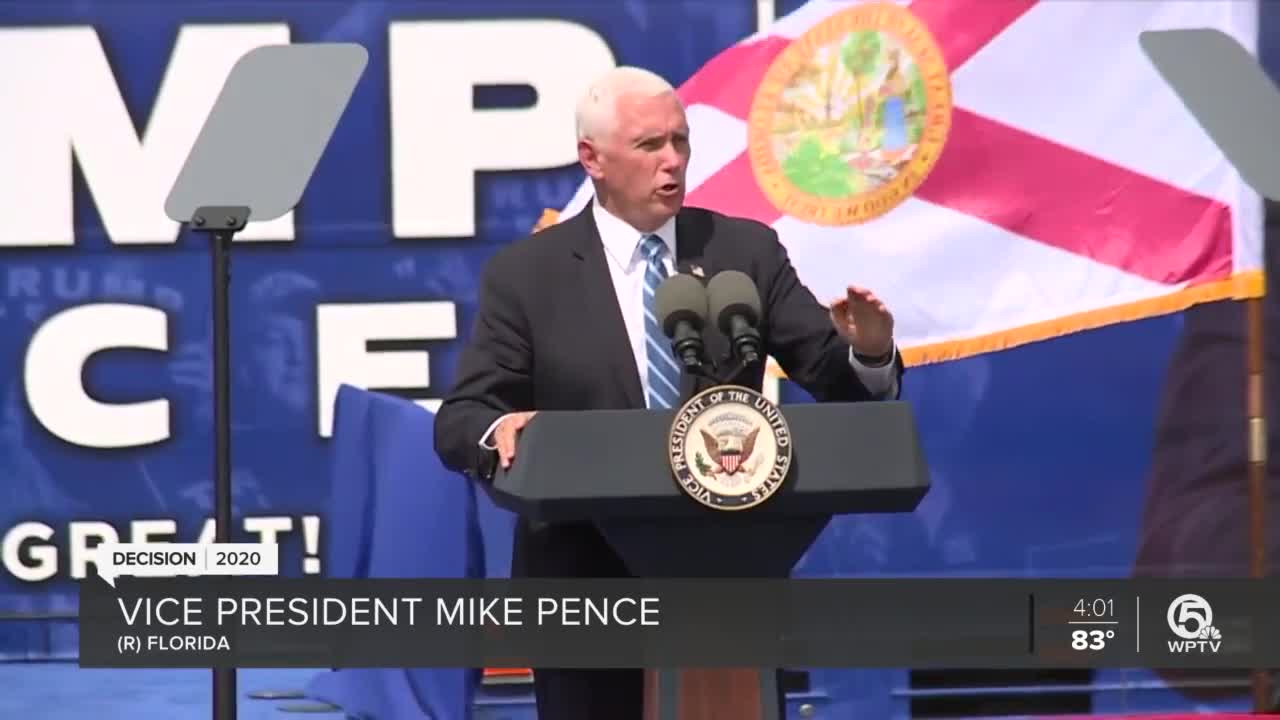 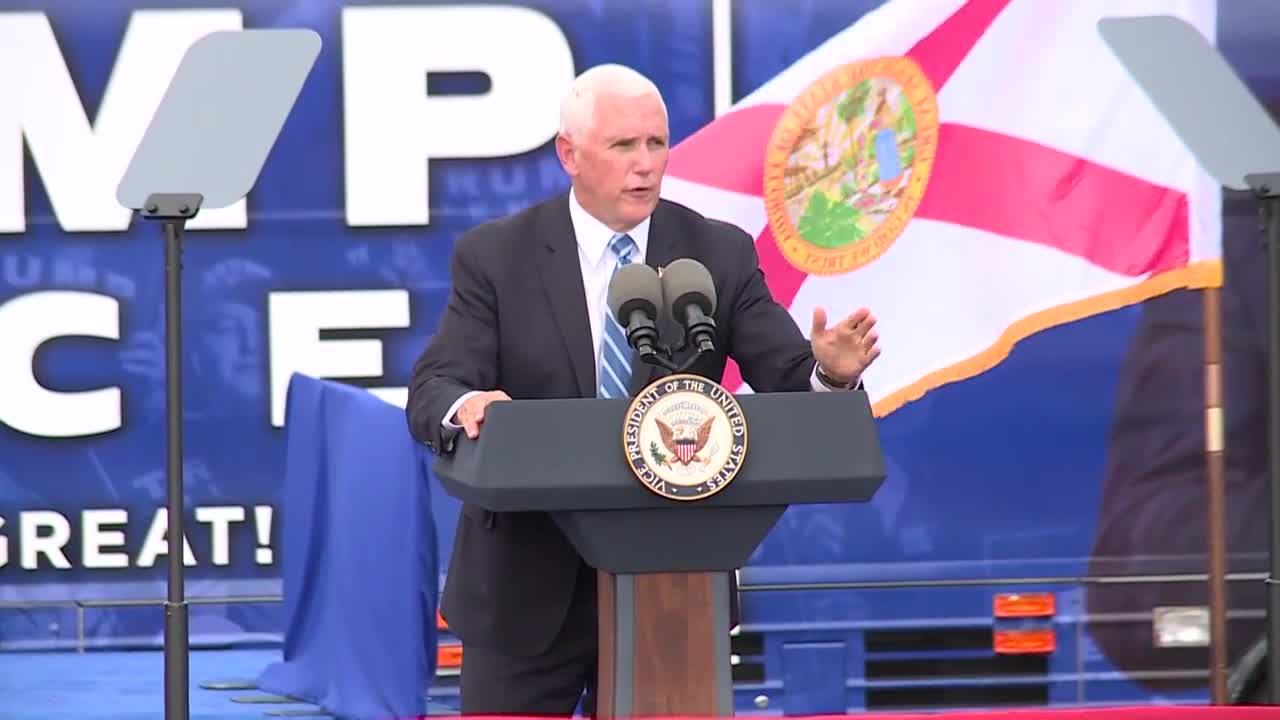 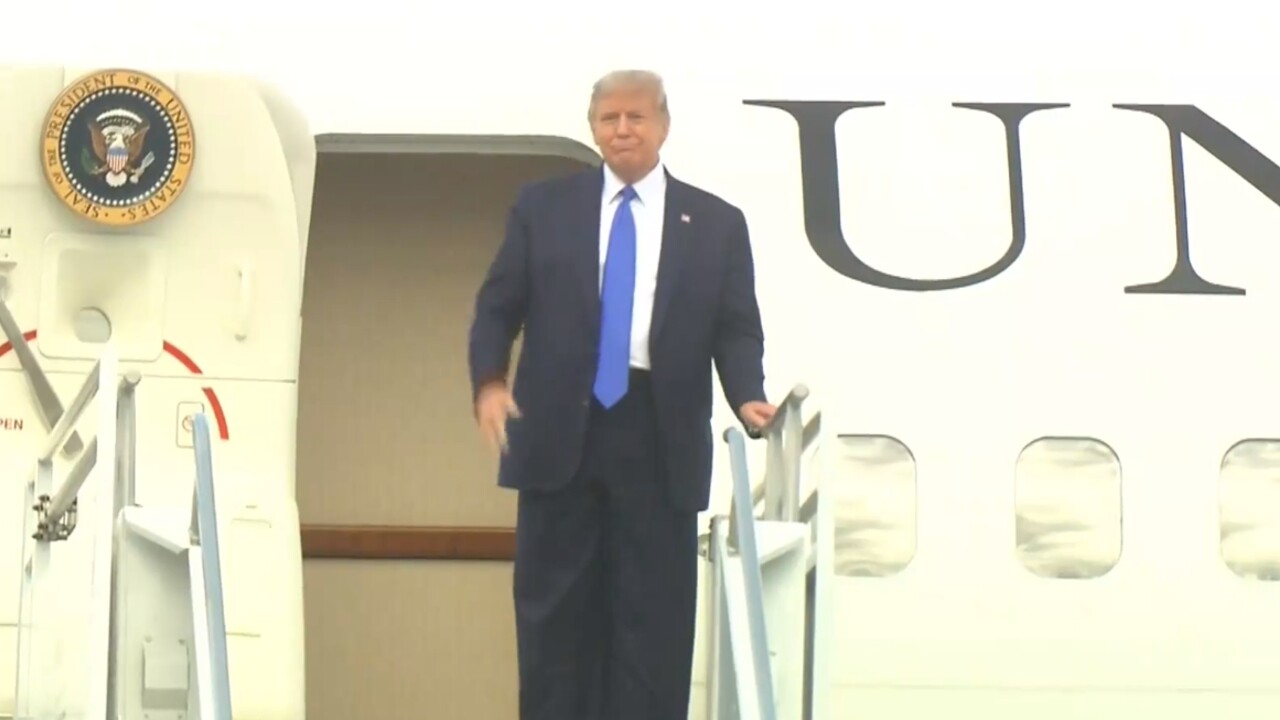 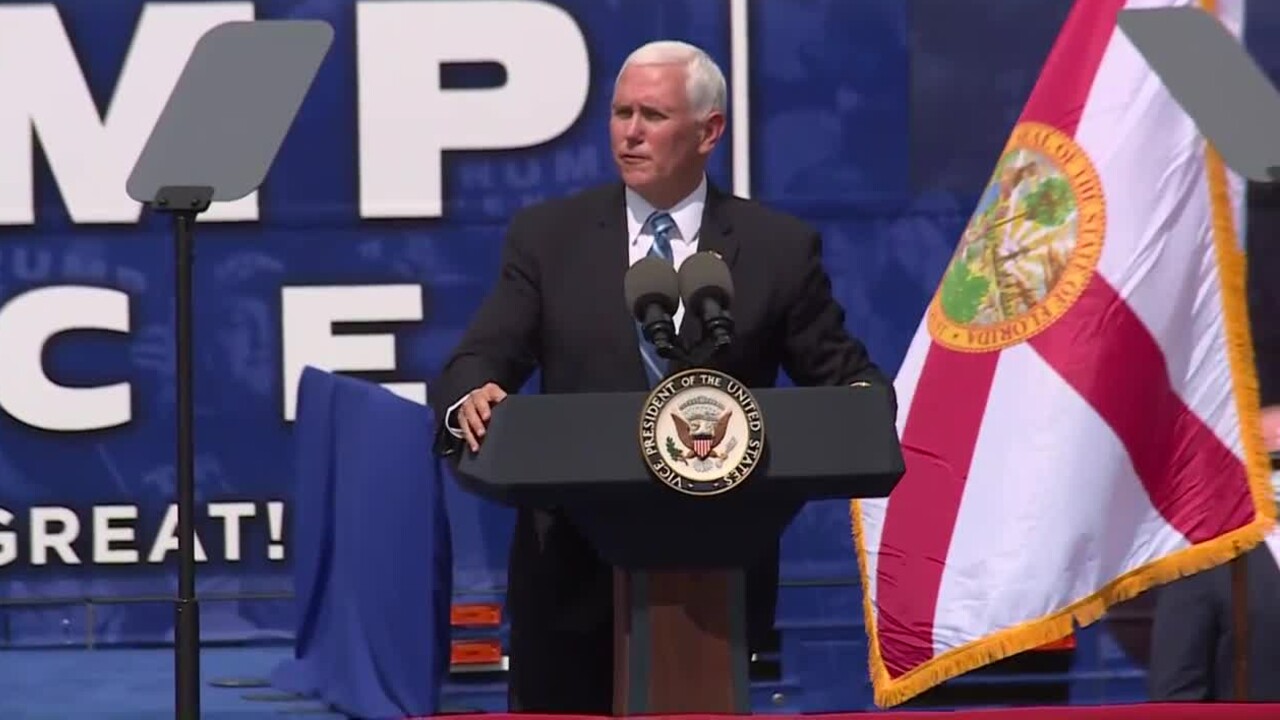 MIAMI — South Florida is once again in the spotlight for the 2020 presidential race as President Donald Trump and Vice President Mike Pence travel to Miami on Thursday.

Trump will take part in a NBC News Town Hall Thursday night at the Perez Art Museum in downtown Miami. NBC said Trump will be at least 12 feet from moderator Savannah Guthrie and the audience.

The town hall is the second hosted by the network featuring a major party candidate in recent days, after Democratic nominee Joe Biden took part in one on Oct. 5, hosted by NBC Nightly News anchor Lester Holt.

Thursday's town hall is a return for Trump to the state of Florida, where he attended a rally Monday in Sanford.

Vice President Pence was also in the area on Thursday, taking part in events at Memorial Cubano at Tamiami Park, as well as the Lubavitch Educational Center.

"The road to victory runs right through Florida!" Pence told hundreds of supporters at Tamiami Park.

Speaking directly to South Florida voters, the vice president said the stakes have never been higher, and the country needs four more years of President Trump.

Because of Thursday's high-profile political events, authorities are advising those who will be in the area to expect traffic delays and possible road closures.

From 7 p.m. to 11 p.m., the MacArthur Causeway will be closed in both directions. Police suggest using the Julia Tuttle Causeway or the 79th Street Causeway to exit or enter Miami Beach.

Authorities also advise that residents of Palm, Hibiscus, Star, and Fisher Islands may return home via the westbound lane of the MacArthur Causeway.

Trump is scheduled to take part in campaign events Friday in both Fort Myers and Ocala.

The events come just two days after Biden made campaign stops in both Pembroke Pines and Miramar, his second visit to South Florida in just over one week.

.@VP #MikePence will be holding events in Miami this afternoon speaking first at Memorial Cubano at Tamiami Park. His campaign stop comes hours before a town hall with @POTUS in Miami. Both Trump and Biden campaigns focusing on #Florida. @WPTV @FOX29WFLX #Election2020 pic.twitter.com/9sDS6C5iKx

WPTV and our news partners at WTVJ NBC 6 contributed to this article.