Florida voters back Amendment 2, raising minimum wage to $15 over 6 years

Opponents say it will stifle growth of tourism economy 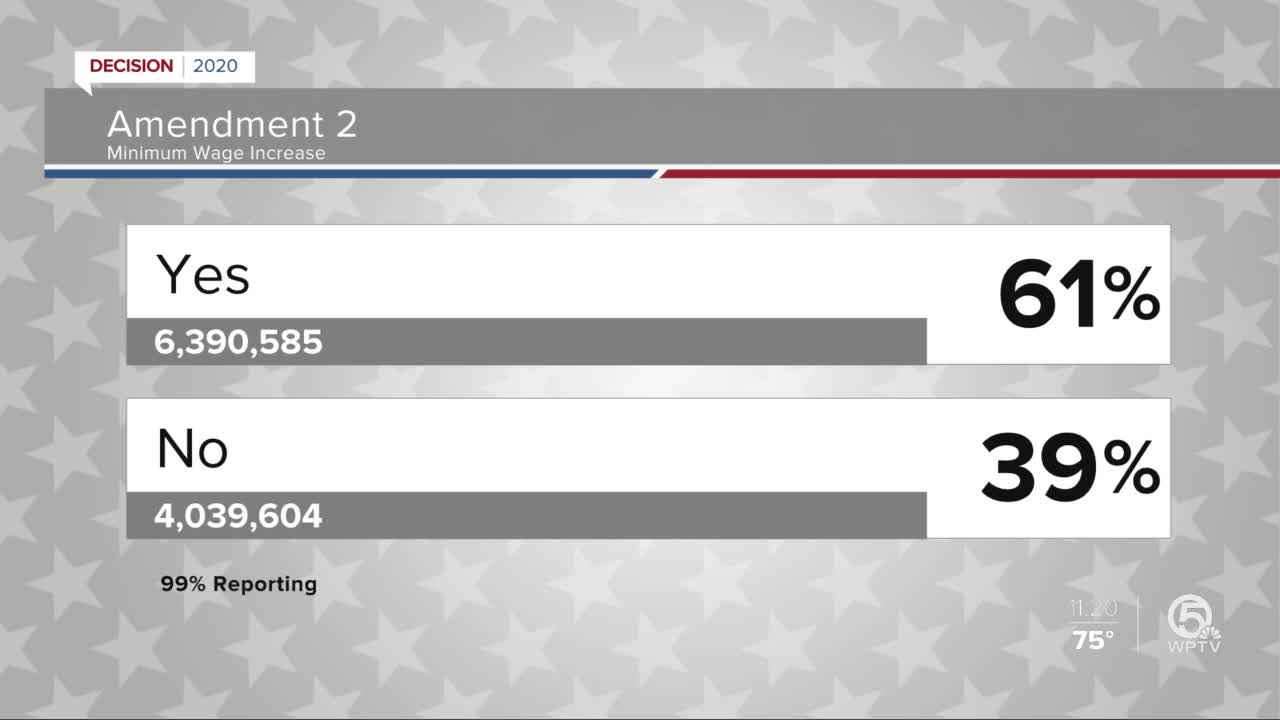 Amendment 2, a minimum wage increase, has passed in Florida along with three other amdendments.

Florida voters have approved a measure raising the state's minimum wage to $15 an hour over the next six years, which advocates say will lift the pay for hundreds of thousands of workers in the state's service-heavy economy.

A supermajority of Florida voters approved the amendment to the Florida Constitution that will raise Florida's minimum wage from the current $8.56 an hour to $15 an hour by 2026.

Supporters of Amendment 2 had said it is impossible to live on the current minimum wage given the state's cost of living.

Opponents said it would stifle growth as Florida’s battered tourism economy recovers from the impact of the new coronavirus.