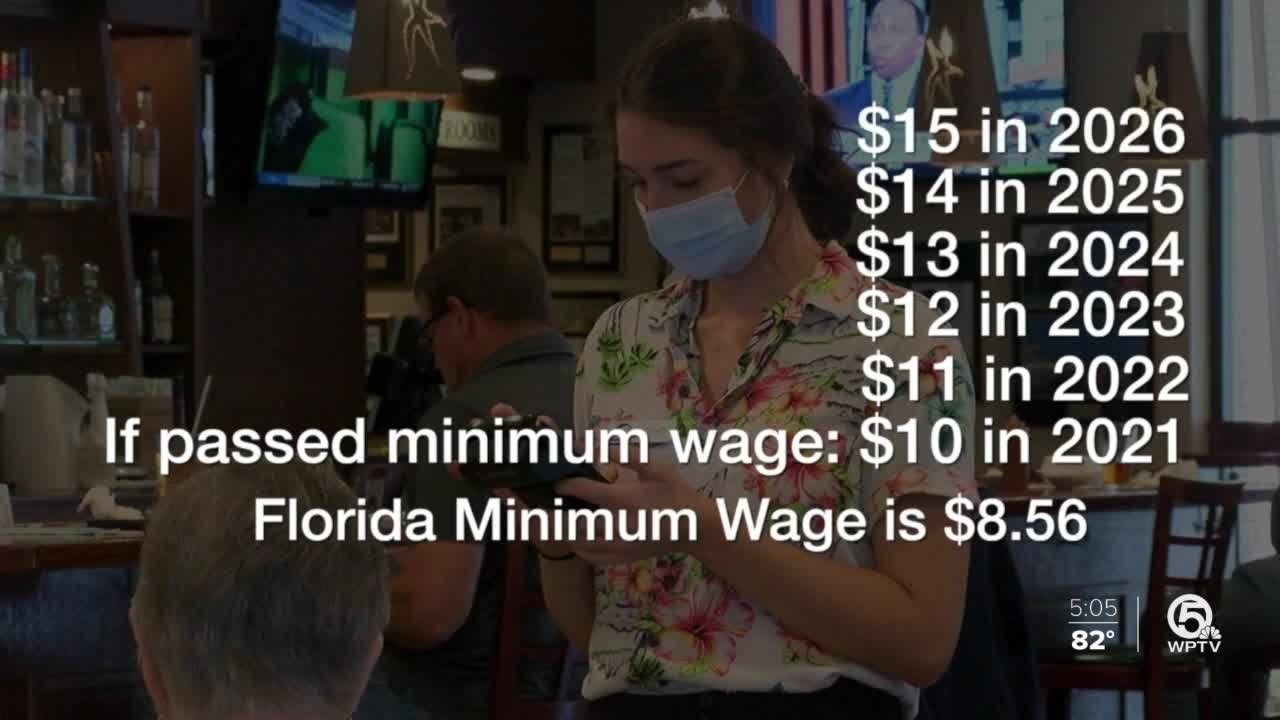 As mail-in ballots head out for delivery to voters, several amendment questions are before voters, including raising the state’s minimum wage.

WEST PALM BEACH, Fla. — As mail-in ballots head out for delivery to voters, several amendment questions are before voters, including raising the state's minimum wage.

"There is not anywhere in Florida where $8.56 an hour is enough money," said Raymer Maguire, who is part of the statewide effort to get the wage up to $15 an hour by 2026.

The amendment question would raise the wage by a dollar every September until 2026. Maguire estimates that would directly affect at least 200,000 workers in Florida.

"There is a need for living wage all across the state," Maguire said.

Raising the wage is elevating concern among businesses about costs and its effect on workers, especially tipped workers such as servers, who earn a lower hourly wage but would also see increases if the amendment is approved.

"Operators will have to figure out, 'How do I offset this cost?'" said Roger Amidon, the general manager of a South Florida hotel. "This could create decisions to be made by operators to maybe hire less people."

The other hurdle opponents say is that higher wages would mean higher costs passed on to consumers at a time when many businesses are struggling to recover from the COVID-19 pandemic.

"You start to raise any prices on menus, you're going to start to price yourself out of the market," Amidon said.

The ballot question, Amendment 2, needs 60 percent of the vote to pass.