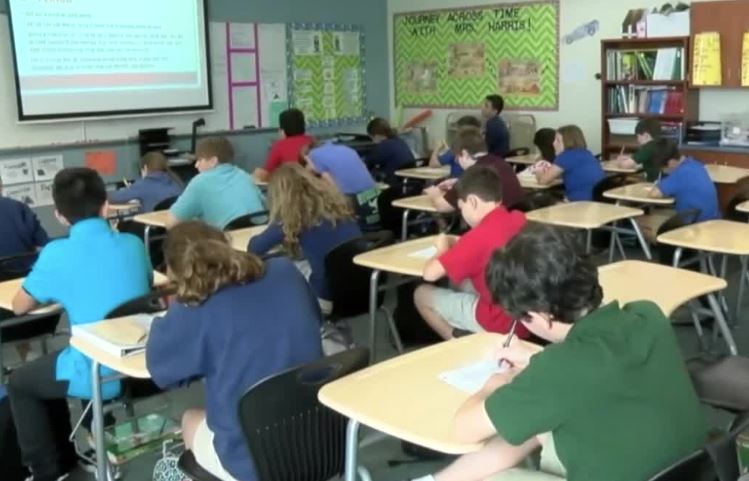 Gov. Ron DeSantis signed a bill on Wednesday that provides $500 million to increase the minimum salary for public and charter school teachers in Florida.

Previously, Florida was ranked 26th in the country for beginning teacher pay. Now, it's among the top five, DeSantis said.

"I think its definitely going to keep a lot of teachers in the profession and also motivates new ones to come into it," said Garrett Kent, a seventh-grade math teacher at Oak Hammock K-8 School in Port St. Lucie.

"It's life-changing," said Kent. "I mean, most teachers don't join for the money, but this just adds to the motivation to help educate the students."

State Rep. Toby Overdorf, R-Palm City, whose district covers Martin and St. Lucie counties, was one of several authors of the bill.

He said the money is now in place for school districts to negotiate with teacher's unions.

"The reality is that this is laid out, not only as a benchmark, $47,500, but also, it's great recognition and allowing those individual school districts to make a choice with their teachers as to what kind of raises they're going to be getting," said Overdorf.

Overdorf said districts that already have a starting pay higher than $47,500 will also likely see an increase and that the state of Florida is now in an excellent position to bring the best teachers back.

"Some of the best and brightest have gone to teach elsewhere because, frankly, they weren't able to get that living salary that recognizes the job that they do," said Overdorf. "Florida has now laid that down. We're going to be able to do that, and we're laying out those opportunities."

"This will definitely change a lot of lives, especially the ones that are coming in," said Kent. "It's a big, big jump and will give people some financial freedom that last year we didn't have."

Overdorf said veteran teachers making more than the state's new benchmark will also likely receive a raise and that there is money specifically set aside for them in the bill.