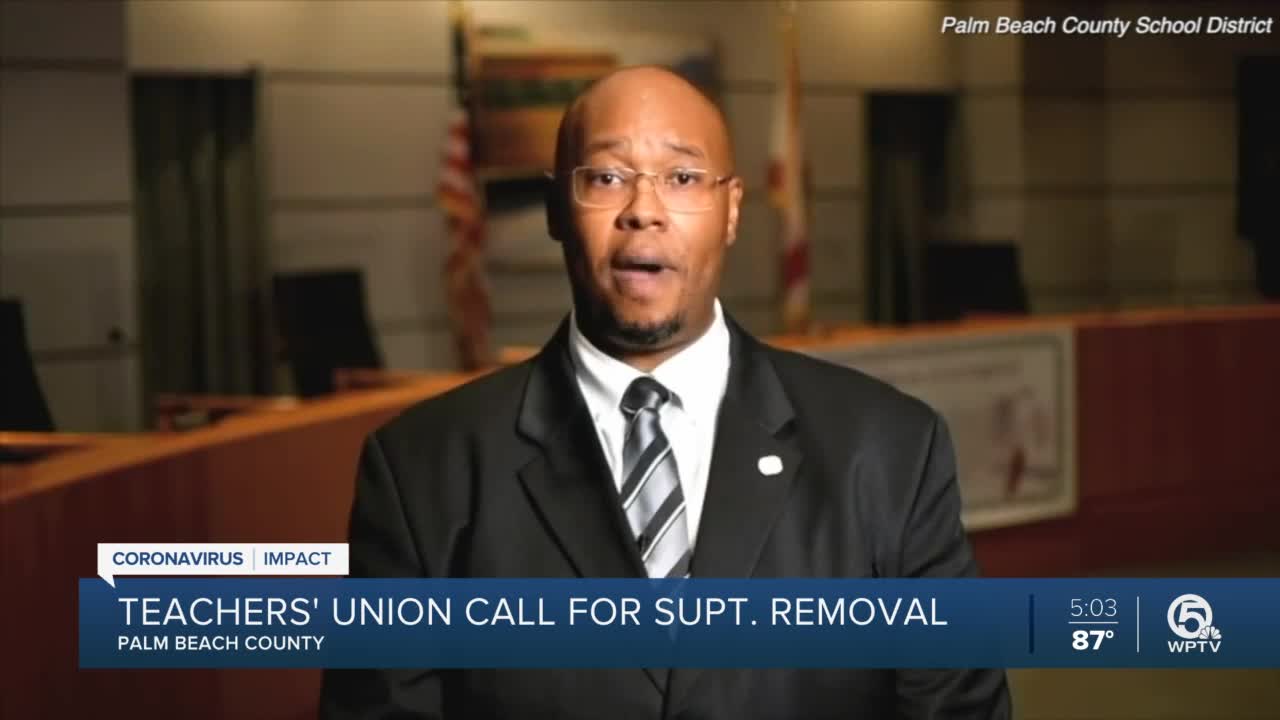 The Palm Beach County teachers union is calling for Superintendent Dr. Donald Fennoy to be removed. 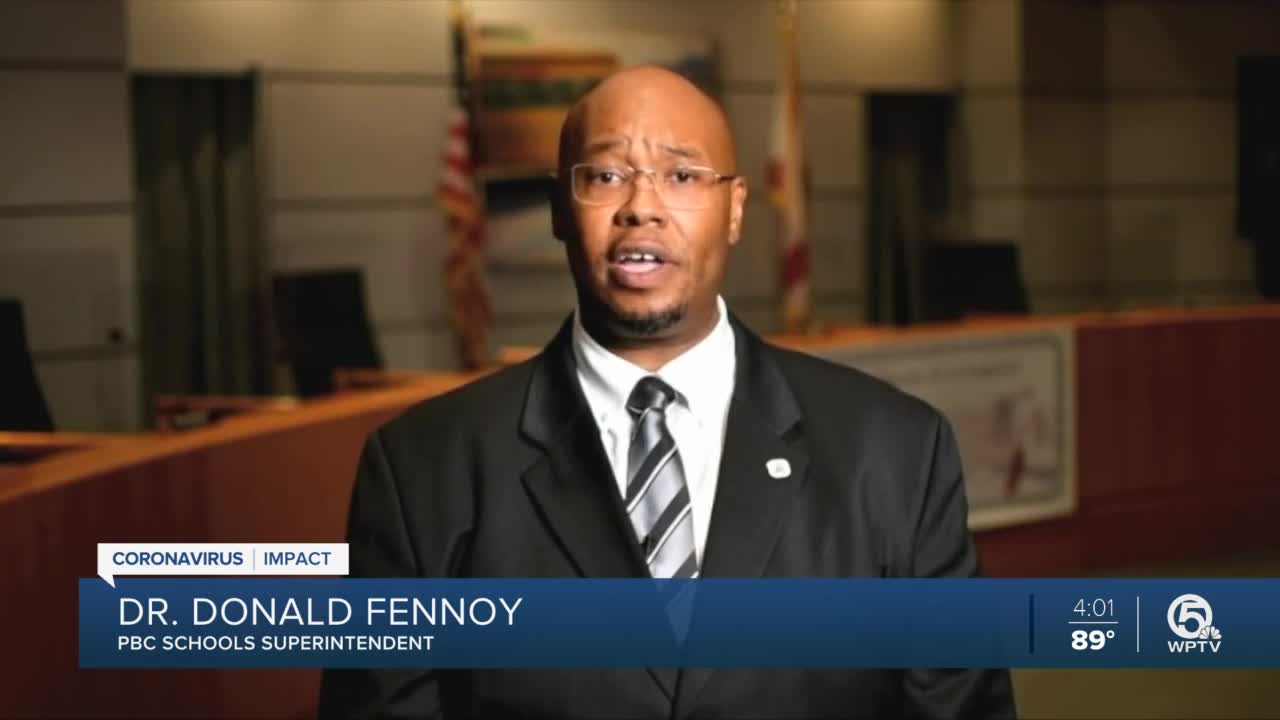 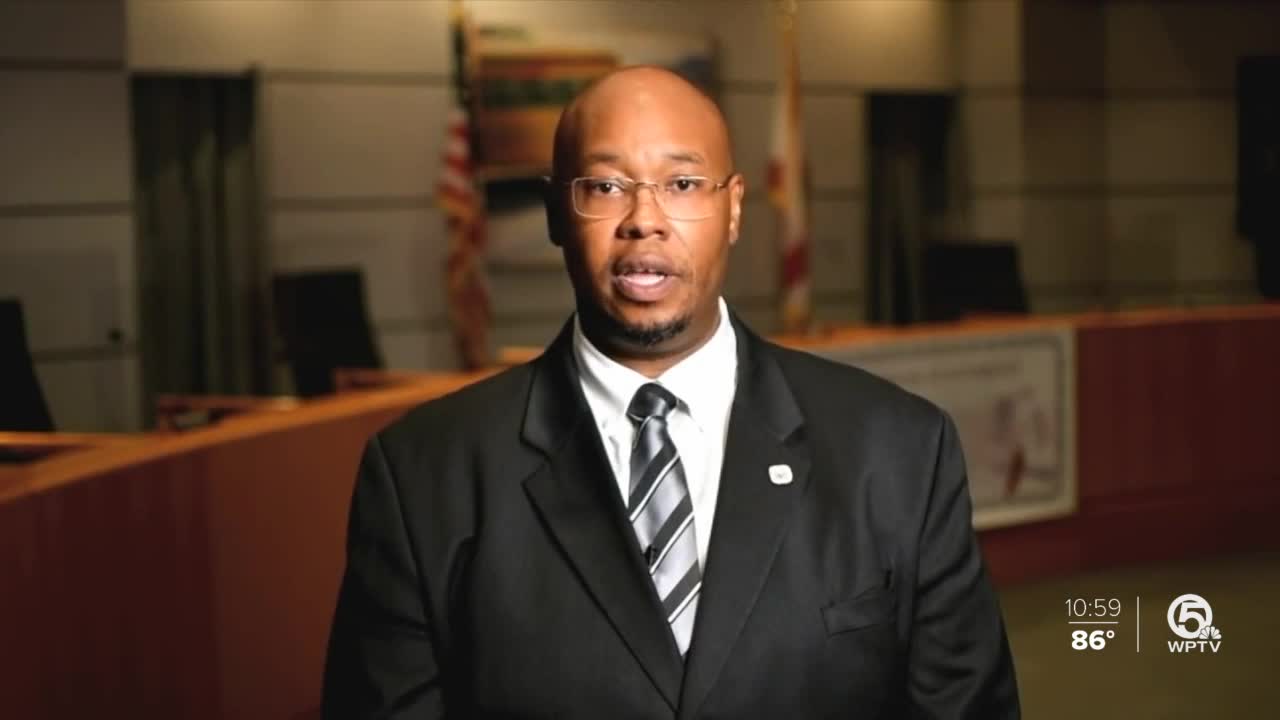 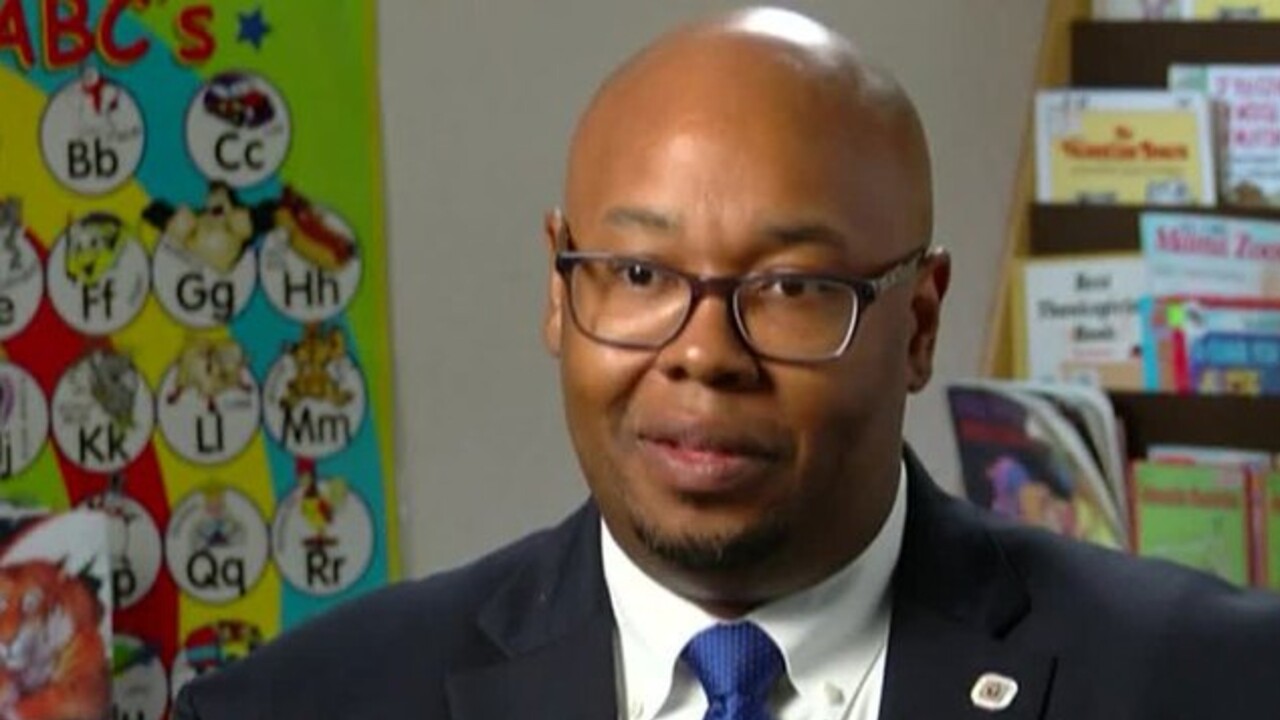 A letter from Classroom Teachers Association President Justin Katz said the union "will publicly call for the school board to terminate the superintendent" during Wednesday's school board meeting.

Katz said union members "have lost all faith and now have zero confidence that a righting of this rudderless ship is possible without immediate change."

The CTA president went on to berate Fennoy for a "pattern of failed leadership and lies and deceptions."

Below is a copy of the complete letter:

At tonight's school board meeting CTA will publicly call for the school board to terminate the superintendent. CTA has tried to work with the current superintendent, but we have lost all faith and now have zero confidence that a righting of this rudderless ship is possible without immediate change.

The pattern of failed leadership and lies and deceptions (to educators, the public, and even our elected school board members) we have witnessed for months has stemmed from an attitude of indifference towards valid health concerns, refusal to consider fair working conditions, and a sheer lack of both ability and willingness to properly plan for the safest and most effective transition to back-to-campus operations. All of this can not be ignored or excused. Pretending these failings are not self-inflicted does not make them go away either.

The letter, obtained by WPTV just hours before the school board was set to host its first in-person meeting since March, comes on the same day that special needs students returned to brick-and-mortar classrooms in Palm Beach County.

WPTV contacted the School District of Palm Beach County at 9:02 a.m. Wednesday for a response to the CTA president's letter.

At 11:30 a.m., Claudia Shea, the director of communications for the school district, released this written statement to WPTV:

"Dr. Fennoy, and the entire administration, are focused on the continued work at hand, reopening campuses as safely as possible and ensuring that students receive excellence in education whether it be through distance learning or in-person instruction."

SPECIAL SECTION: Back to School

In a recorded video to school district faculty Tuesday, Fennoy said he takes responsibility for the large number of teachers applying for remote work, causing challenges for principals who are trying to make sure every in-person classroom has a teacher.

"I own that piece," Fennoy said in the video. "I take responsibility for it and we will work through it. But I will not ask principals to change master boards. We have spent years working with and expecting our principals to create high-quality, equity-focused master boards for our children. We are not going to blow that up days before school starts."

The superintendent for the 10th largest school district in the country said changing schedules "would be chaotic and not in the best interest of our students, teachers and principals."

Fennoy added that he met with high school principals Tuesday and "underscored my expectation of them is the same today as it has always been."

"My confidence in them is solid as rock," Fennoy said in the video. "They run their campuses. They know what is best for their students and staff, and if I made them feel that they don't have the decision-making ability, then that is also on me."

Jill Guadagna, whose child is a student in the district, said Fennoy's "wording and the demeanor and his tone could have been different."

Guadagna is the mother of an eighth-grade student who will continue learning virtually once brick-and-mortar instruction begins Monday.

"I'm a Type 1 diabetic. Very scared and pretty much laying low since March," Guadagna said. "I cannot risk her going in and bringing me something, because the outcome would probably not be good for me."

Fennoy was tapped to lead the district in 2018.

The Palm Beach County School Board is scheduled to meet at 5 p.m. Wednesday. School board Chairman Frank Barbieri plans to discuss the safety measures in place for employees who are returning to brick-and-mortar schools, and school board member Marcia Andrews plans to discuss Fennoy's contract and evaluation.