Edith Bush, 87, has been on front lines in Florida since Jim Crow era 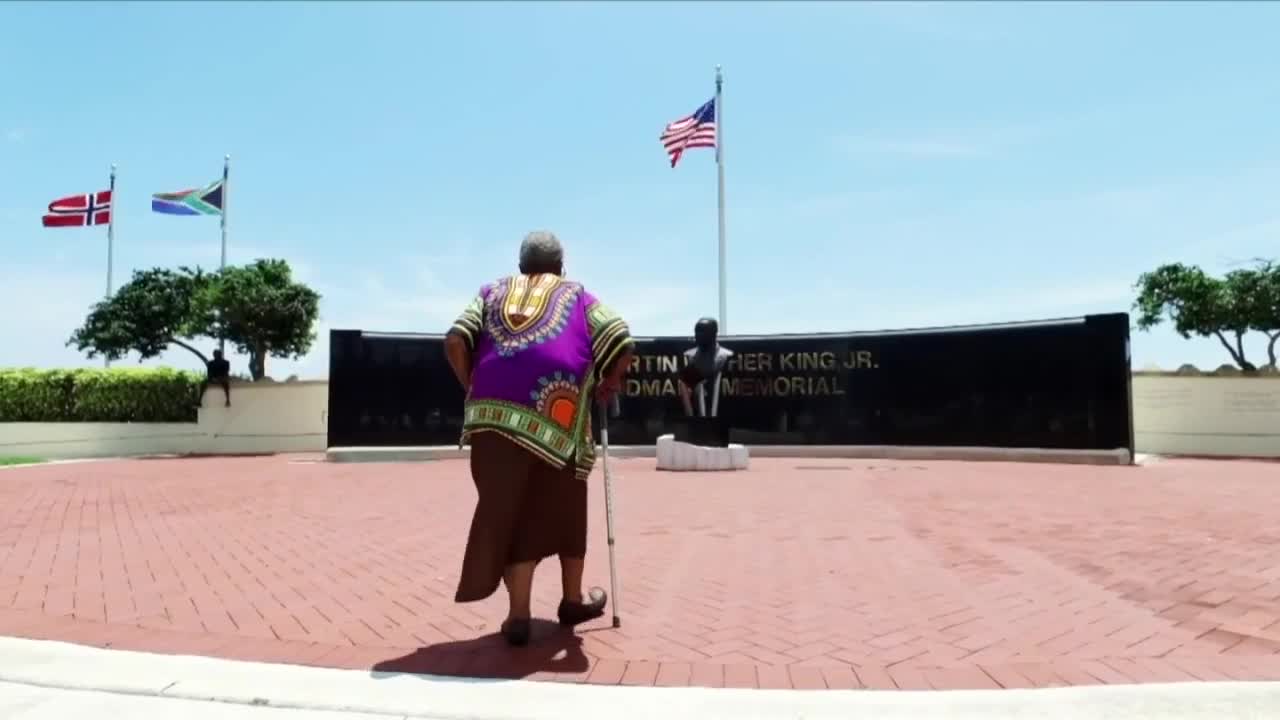 "Because I see the young people out there fighting for the same thing that we fought for over 20 years ago," she explained.

During the Jim Crow era, Bush was on the front lines in Florida, fighting for racial equality. She's served as the executive director of the Martin Luther King Jr. Coordinating Committee since it began in 1981.

"Our organization won recognition from the state of Florida for our work in the Civil Rights movement," Bush recalled.

"When people walk in this door, I want them to see what we've been through," she said.

Now, 52 years later, a new movement is mirroring the past.

"It was just exciting to see them take over where we had stopped and them to keep on going," Bush said.

One of those leading the fight in South Florida is Weidmayer Pierre.

"Some people say I'm too young to know what I'm talking about," the 19-year-old said. "But, I mean, when you see it, it's on social media. America watched George Floyd die for eight minutes and 46 seconds."

Pierre is the co-founder of the Reformer's Movement.

"We educate people on why it's important to vote and try to build the bridge between police departments and communities," he explained.

His group has organized dozens of Black Lives Matter protests throughout South Florida.

"We're not saying our lives are superior," Pierre said. "We're saying that we should be treated equal."

Charlene Farrington, executive director of the S.D. Spady Cultural Heritage Museum in Delray Beach, said civil rights leaders of the past are passing the torch.

"People have been protesting mistreatment of Black people and saying, in so many words, that Black Lives Matter for years," Farrington said.

Farrington said, similar to the murder of Emmett Till in the 1950s, the killing of Floyd reignited the push for racial justice.

"The old African saying, an injury to one is an injury to all," she explained. "I think what's happening is young people are starting to understand that, and so they are leaving the small issues aside and now starting to advocate for the larger issues, which is why our civil rights movements that are going on today are starting now to look like they used to look in the 50s and 60s."

At the Box Art Gallery in Lake Worth, the walls are lined with pictures from recent protests and marches. Pierre said he is happy the pictures paint one difference.

"Everybody coming together in unity -- Black, white, Hispanic, Republican, Democrat," he said. "We've had Republicans march with us. So it's like, party aside, people first. That's what it's about."

For these activists, Black Lives Matter is a movement that transcends decades.

"Love can overcome hate, light can overcome darkness and judge a person not by the color of their skin but the content of their character," Bush said.