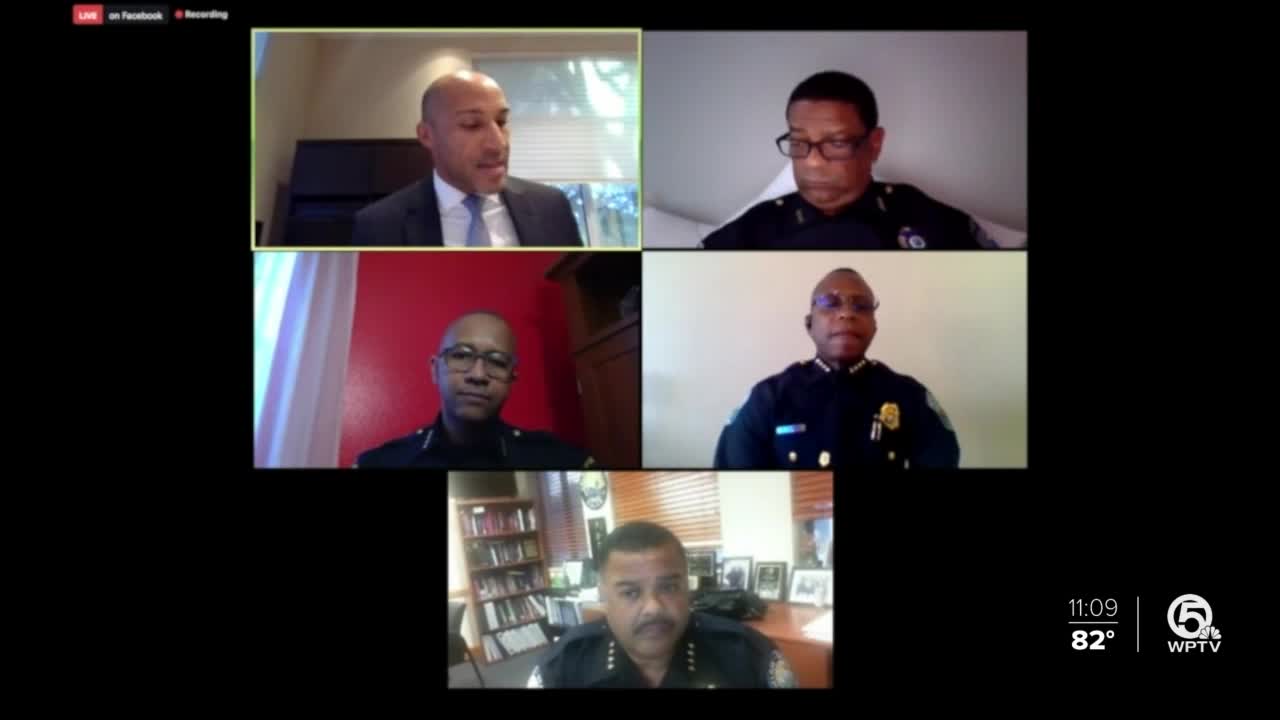 During a Zoom event Thursday called "Build One America," a community dialogue was hosted by the Urban League of Palm Beach County.

RIVIERA BEACH, Fla. — During a Zoom event Thursday called "Build One America," a community dialogue was hosted by the Urban League of Palm Beach County.

"Each of you has a tremendous level of involvement," the moderator said.

Among the leaders who shared their vision was Riviera Beach Police Chief Nathan Osgood.

The chief would like to see improved working relationships with other departments within Palm Beach County.

"Sometimes we don't do enough task forces or enough operations together," Osgood said. "Everybody's got their own little city, their own little block. We need to be able to work closer together as a team."

The panel included four Black police chiefs in the county. The virtual discussion included a dialogue on the use of body cameras.

"They're looking for transparency and everyone wants to know every incident in question, was the officer's camera on and what was said and it captures the event and the totality of the event," West Palm Beach Police Chief Frank Adderley said.

Another topic included what's it like being a Black police chief.

"I have to build a relationship with the people in my organization," Boynton Beach Police Chief Michael Gregory said. "I have to build trust with them, and they have to get to know me about how I make a decision and what I want to hear from them."

Then there was the topic of community engagement.

"The community has to be open-minded and receptive to establishing and building relationships with the law enforcement agencies, with the understanding that the police department is probably only as strong as the community in which we serve," Delray Beach Police Chief Javaro Sims said.

Each chief agreed people need to understand that law enforcement is not their enemy. They collectively said communication is key to a healthy relationship of mutual trust.