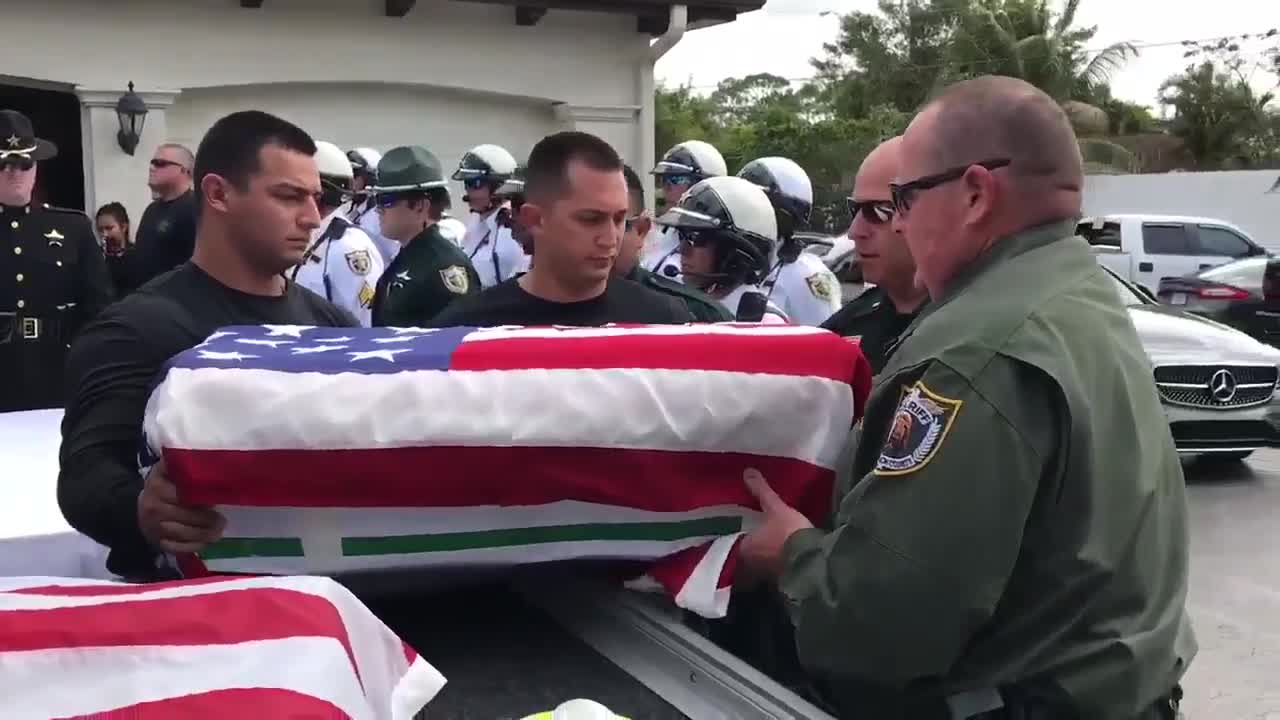 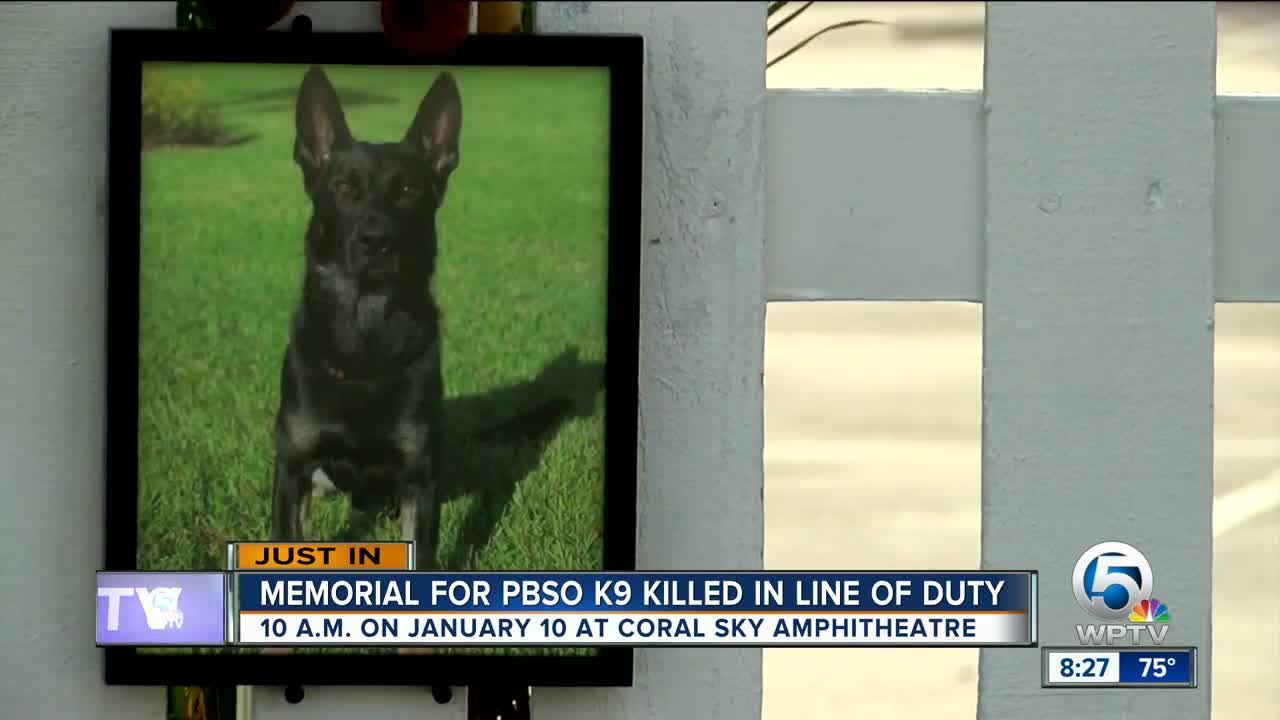 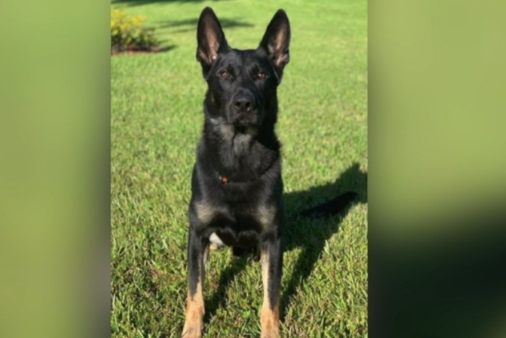 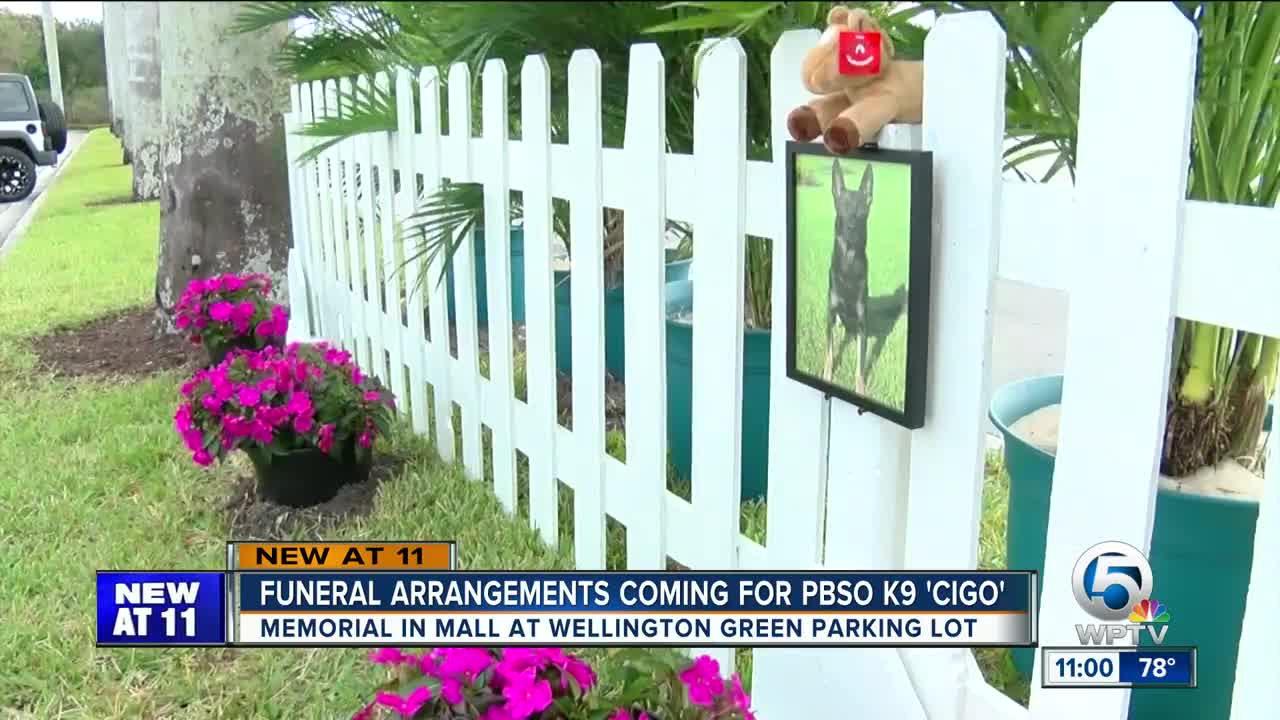 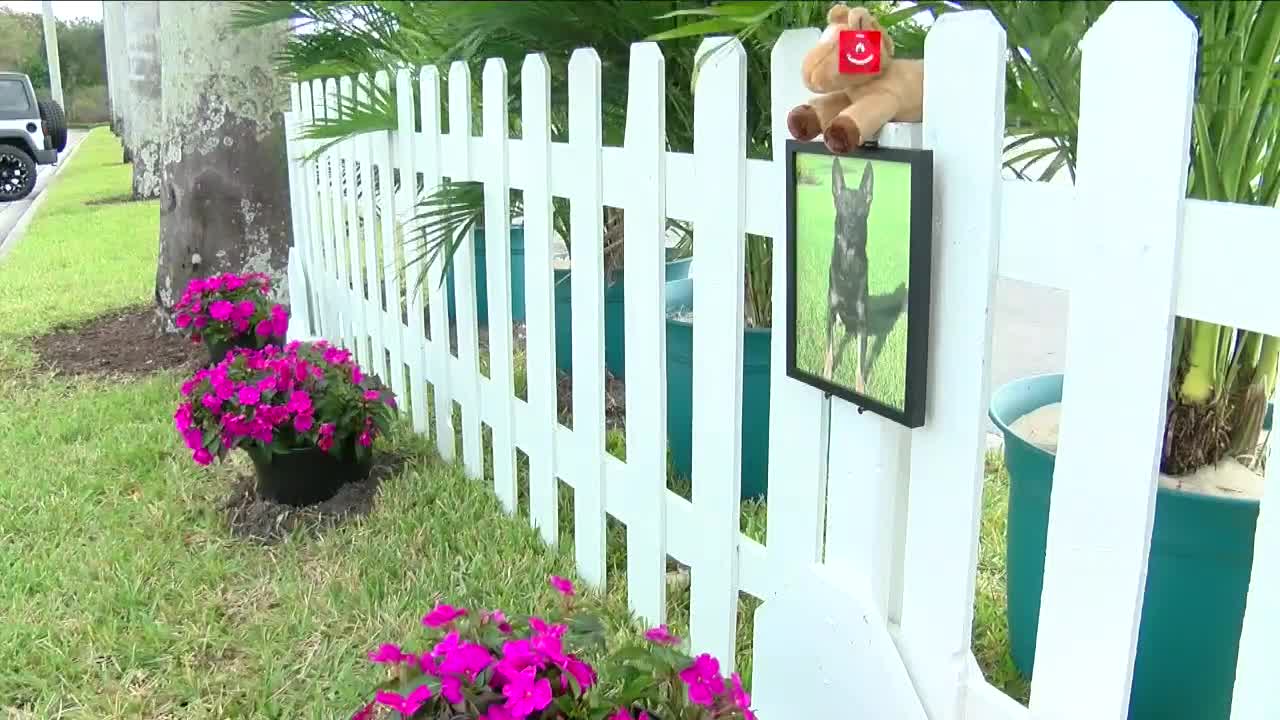 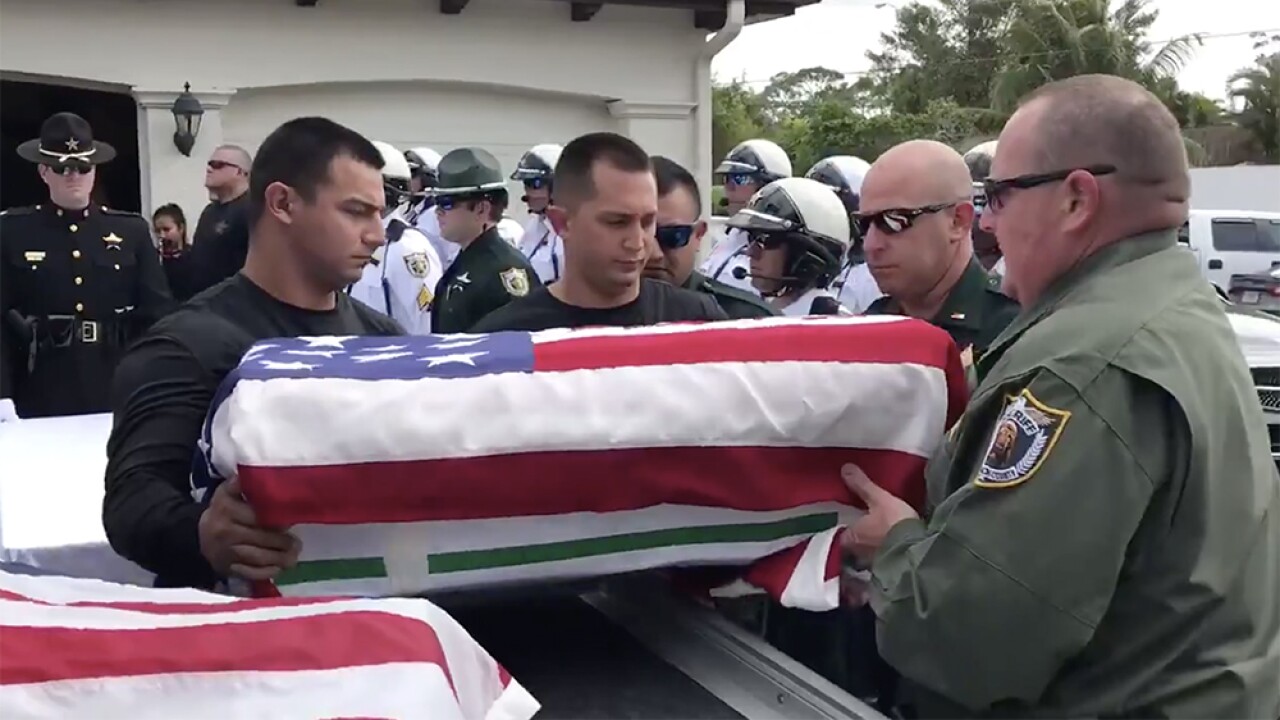 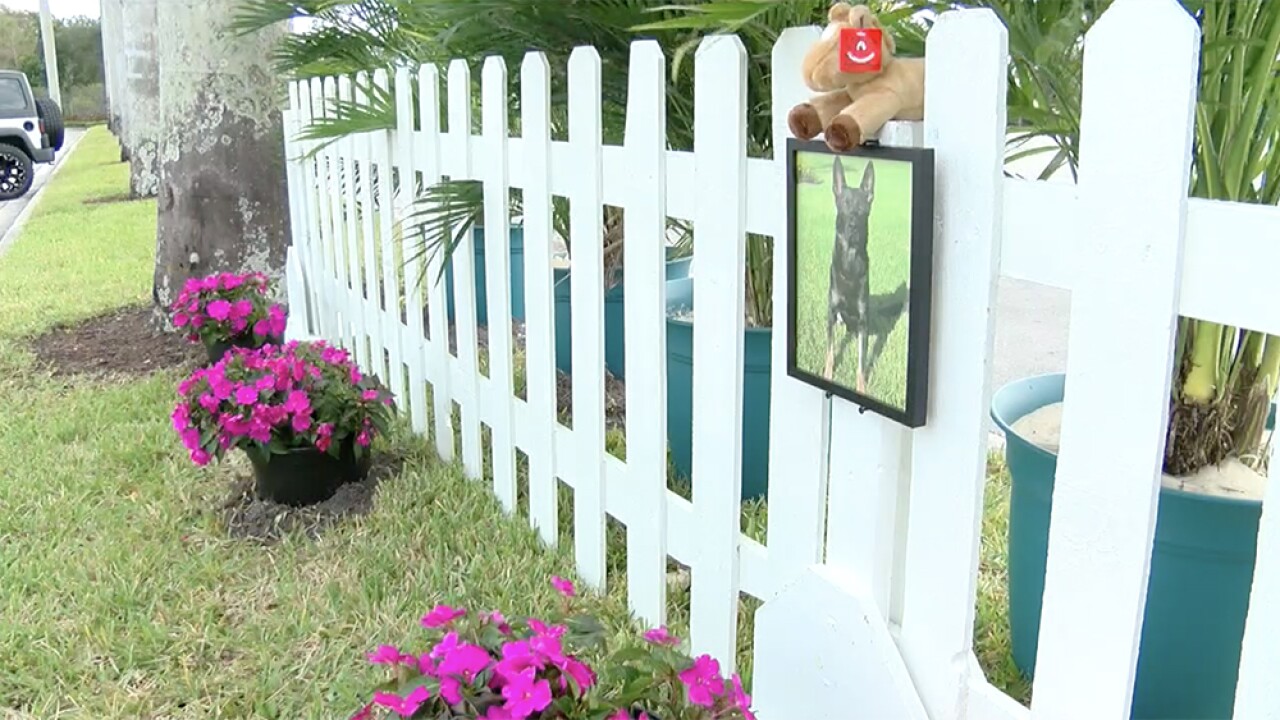 WELLINGTON, Fla. — The Palm Beach County Sheriff's Office said Friday that a memorial service for Cigo, a K-9 killed in the line of duty on Christmas Eve, will be held next month at Coral Sky Amphitheater.

PBSO said the service will be held Thursday, Jan. 10 at 10 a.m. at the amphitheater, which is located at 601 Sansbury Way in suburban West Palm Beach.

In lieu of flowers, PBSO said donations can be made to the Palm Beach County Sheriff’s Foundation in memory of Cigo.

K9 Cigo was transported to Palm West Funeral Home, where he will be until his Memorial Service on January 10th🙏🏼🐾 pic.twitter.com/brtZJNnEFH

Deputies said the 3-year-old K-9 was shot and killed while trying to take down a suspect on Monday night near the mall.

A FOUR-LEGGED HERO: Wellington Mall created a memorial for @PBCountySheriff K9 Cigo in its east parking lot between JC Penney & City Furniture. Visitors are welcome to leave a momento and pay their respects...several people have left items already. Rest In Peace, Cigo.💔@WPTV pic.twitter.com/c2GvI0bQvS

A memorial was set up at the Mall at Wellington Green earlier this week to honor the brave canine. It is located in the east parking lot between JCPenney at City Furniture.

The mall's marketing director said people are welcome to visit and leave a memento.

As we continue to mourn the loss of our brave and selfless K9 Partner #K9Cigo, funeral arrangements are forthcoming. We will notify you when and where it will take place. We thank you for your continued support and prayers. pic.twitter.com/82ObCZYN4w