PBSO K9 killed in shooting near The Mall at Wellington Green 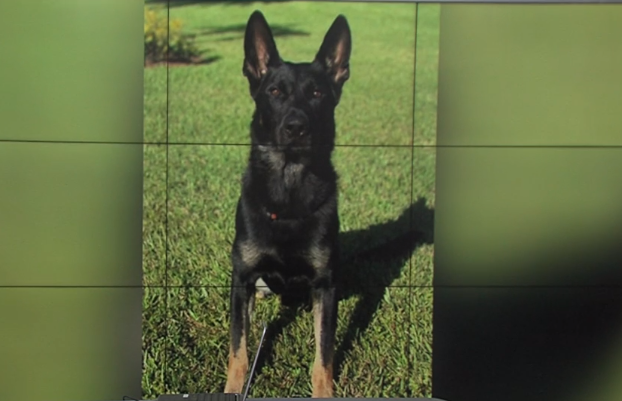 A Palm Beach County Sheriff's Office K-9 was killed Monday during a deputy-involved shooting in the area of The Mall at Wellington Green. 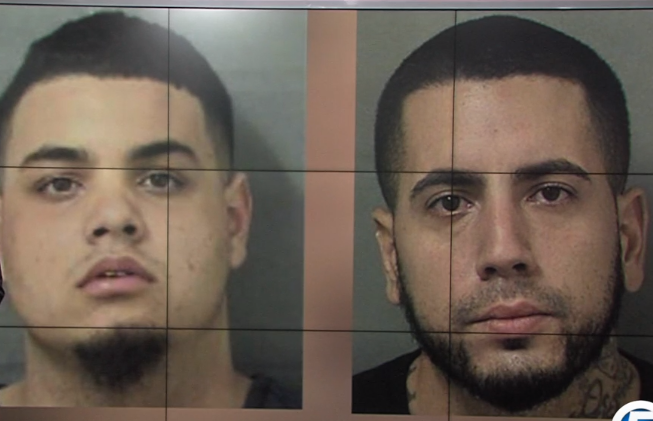 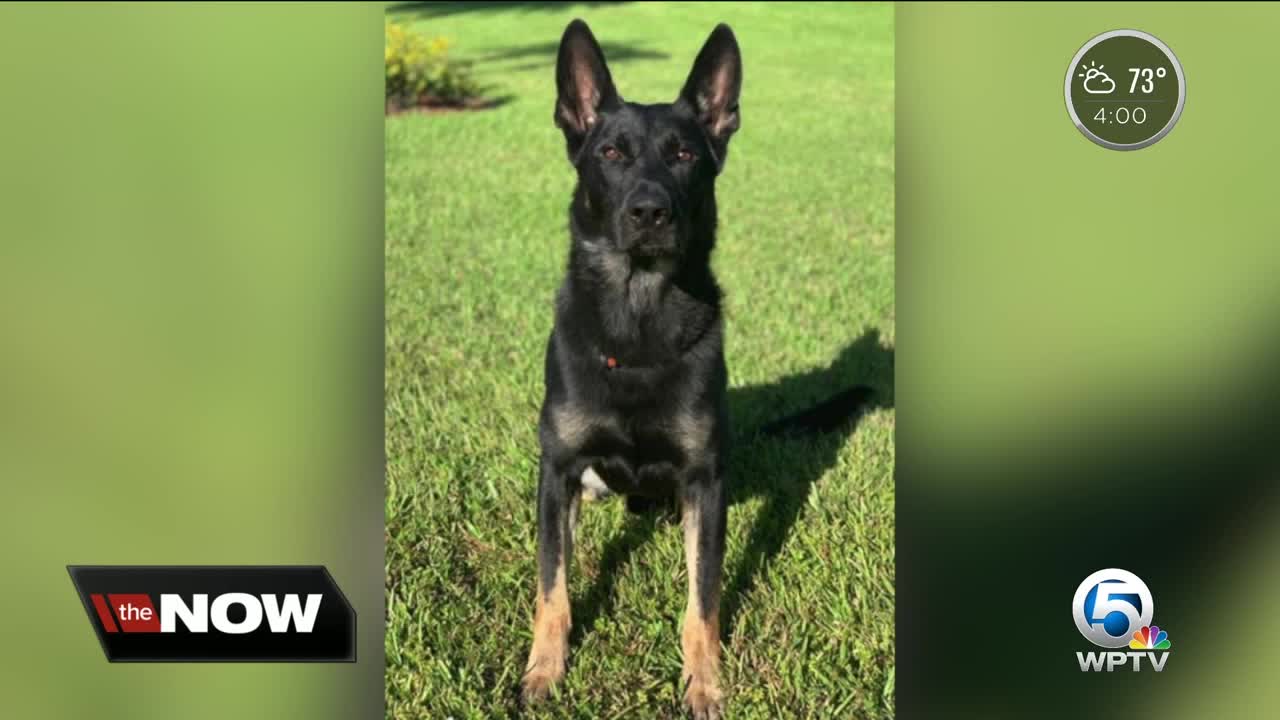 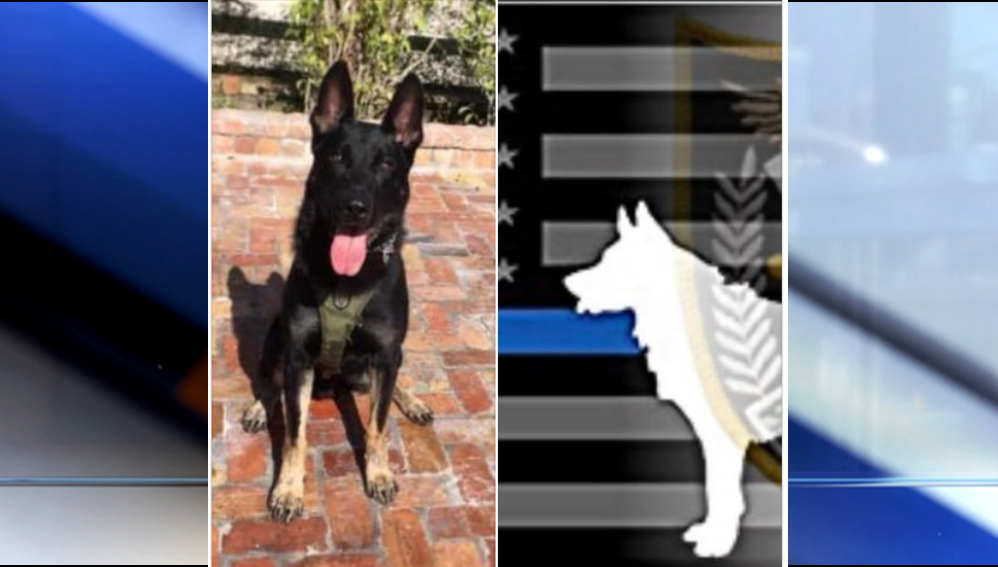 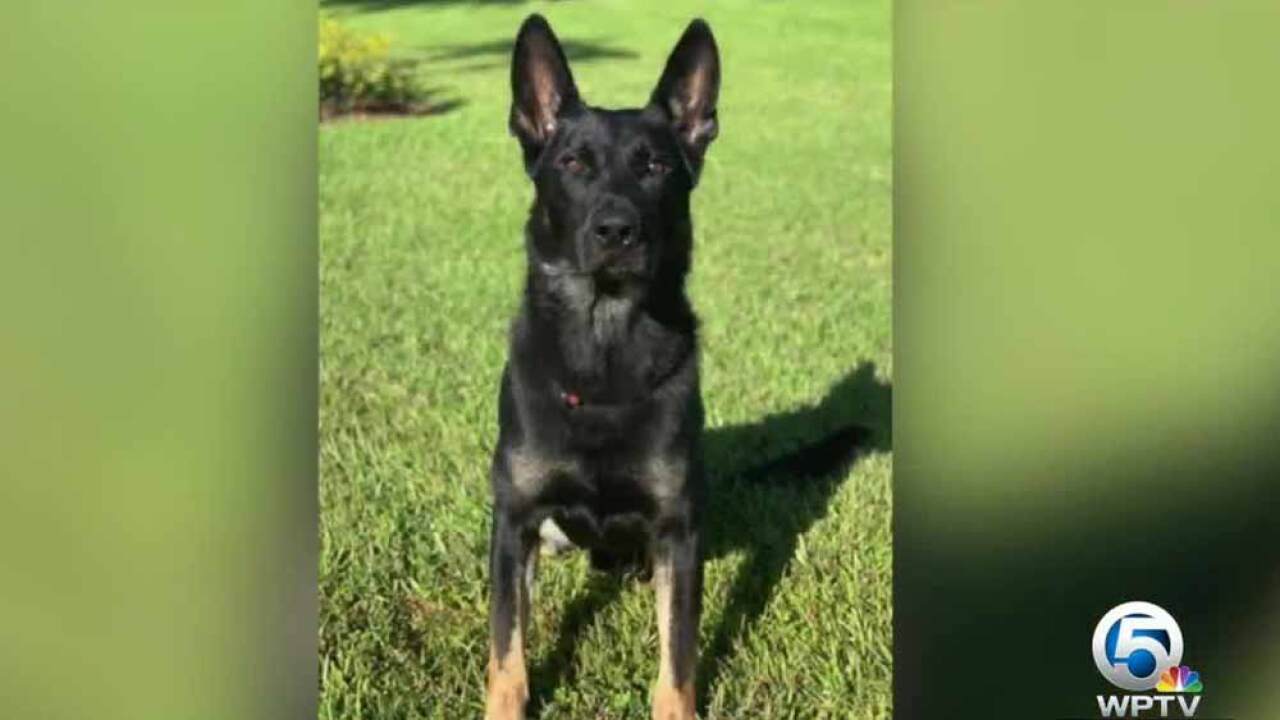 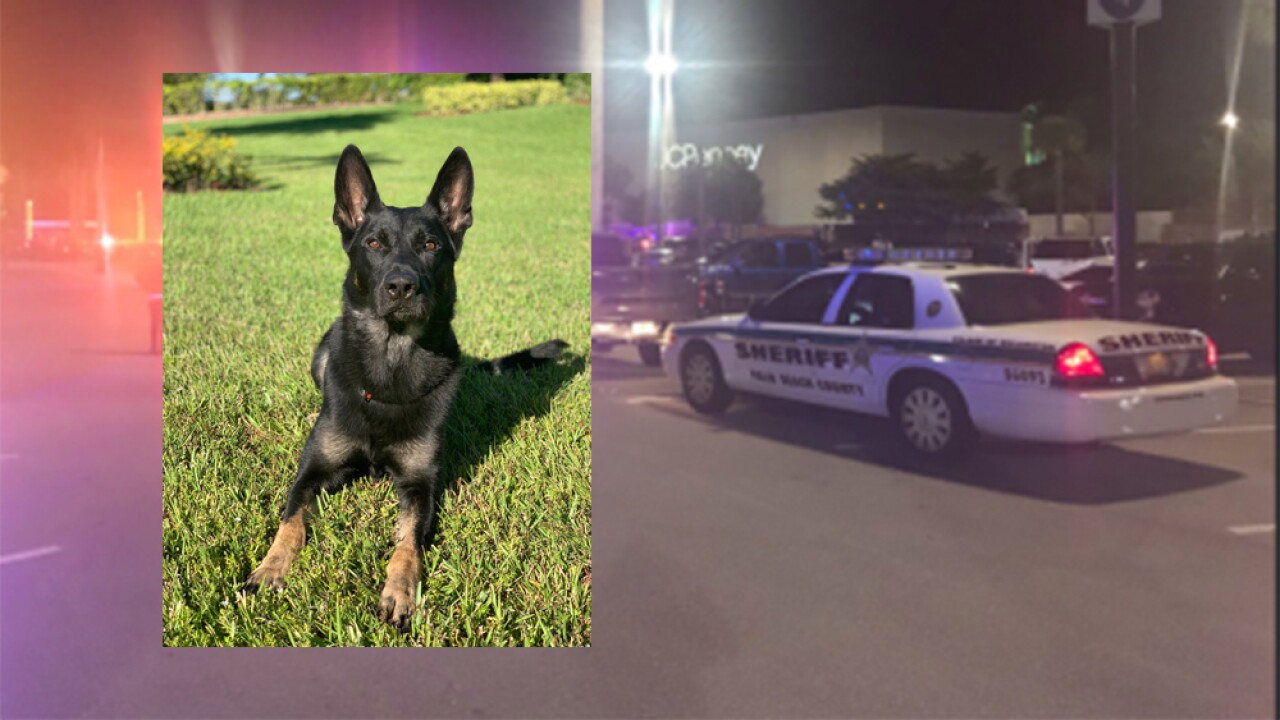 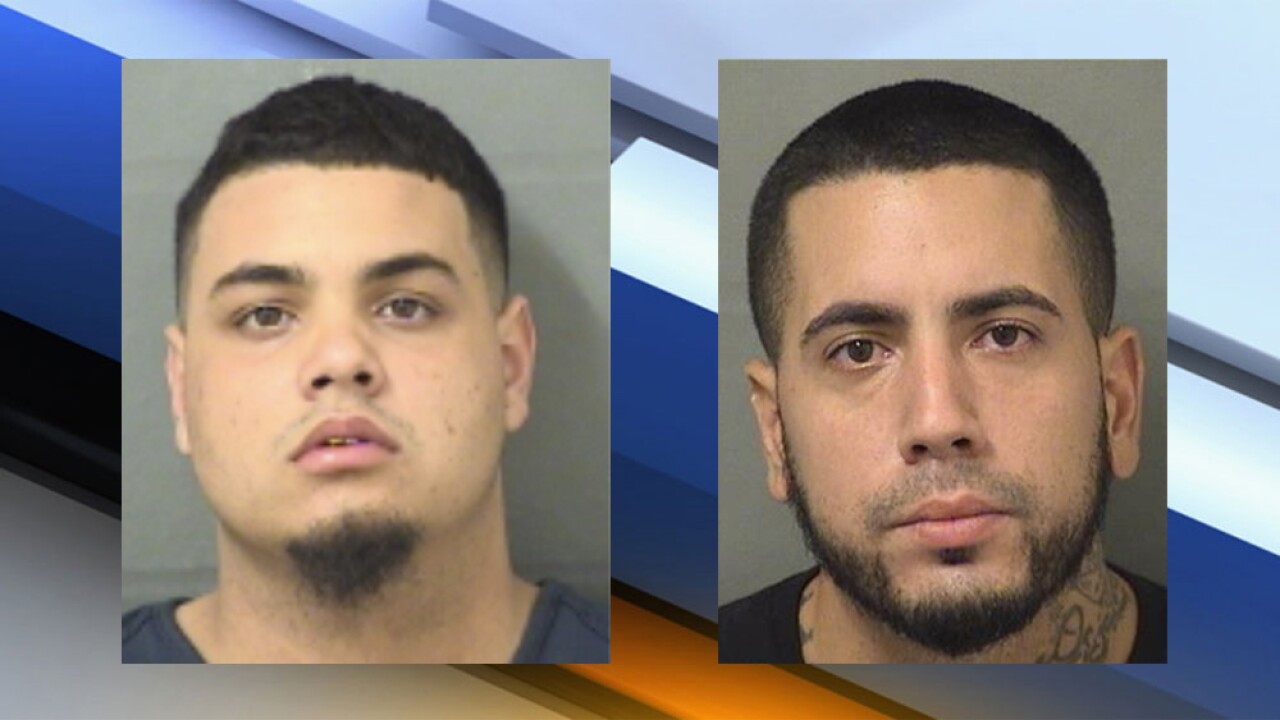 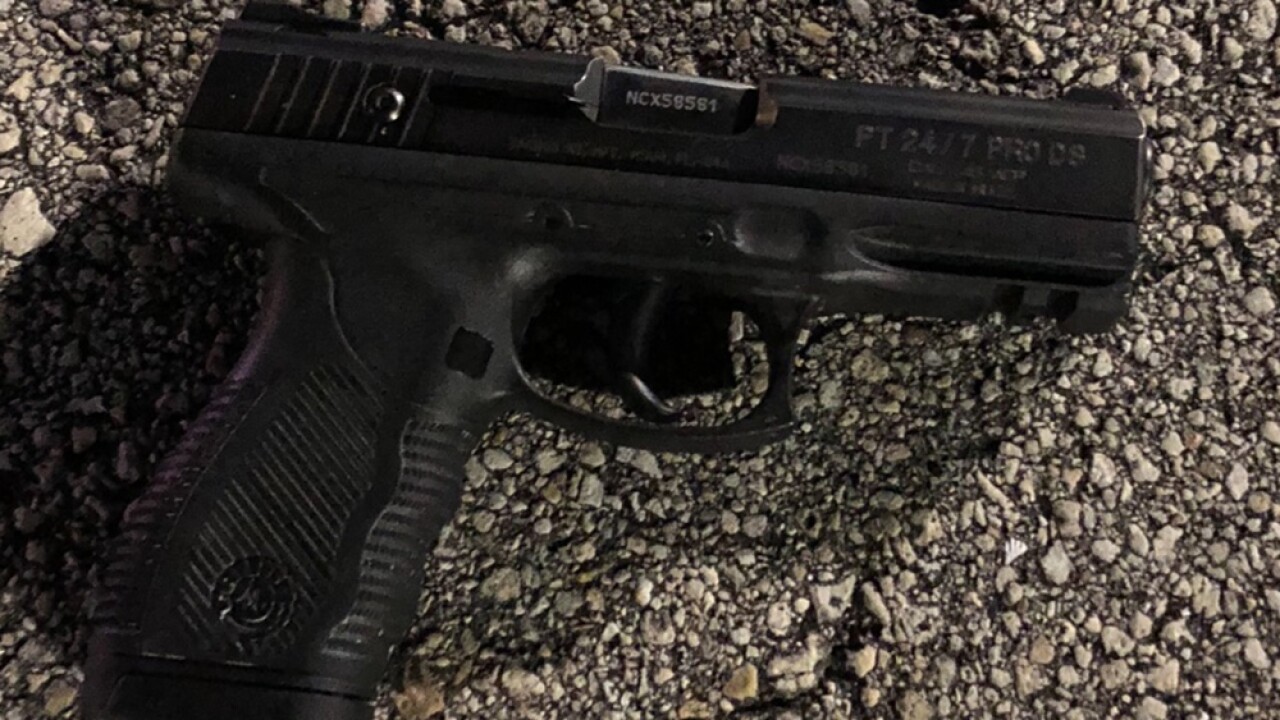 WELLINGTON, Fla. — A Palm Beach County Sheriff's Office K9 was killed Monday night during a deputy-involved shooting near the Mall at Wellington Green.

According to authorities, Palm Beach County deputies were stationed outside the mall to apprehend two suspects wanted for attempted first-degree murder and robbery from a separate case.

Deputies deployed their 3-year-old K9, Cigo, to take down Alvarez.

Authorities said Alvarez opened fire as he was running, striking the German Shepherd. Two deputies returned fire and hit Alvarez, according to the Sheriff's Office.

Cigo was taken to an animal hospital and later died. Cigo's deputy was his handler for about a year.

No civilians were hurt in the incident.

Vasquez went before a judge Tuesday morning, where he was denied bond. He'll be back in court on Jan. 3 at 8:30 a.m.

The Sheriff's Office said Alvarez is in serious condition in the hospital.

Sheriff Rick Bradshaw said the handgun Alvarez used to shoot K9 Cigo was similar to the one used on Dec. 7, when a man was injured in a drive-by shooting outside the Hookah Lounge at 2601 S. Military Trail. According to the Sheriff's Office, Alvarez was the gunman in that case, and Vazquez was the driver.

"It's very unfortunate, but at least no deputies are dead, no civilians dead and we got two very dangerous people off the street right now," said Sheriff Bradshaw at a news conference Monday night.

Neveen Matta was helping shoppers inside the Perfumania store when she heard the shots fired in the parking lot.

"We heard like three shootings, like boom boom boom. And then we had a lot of people get inside the store, hide inside our door," said Matta.

Matta said a dozen people were inside the store and she and others hid in a storage closet.

More than 30 minutes later, Matta got the "all clear but couldn't leave since her car was inside the crime scene tape for hours.

The mall was put on lockdown following the incident.

Sheriff Rick Bradshaw said his tactical team knew they were taking down accused criminals in a busy place. But he said they took precautions to make sure shoppers were safe.

The Sheriff's Office said both deputies involved in the shooting are currently on administrative leave with pay, which is standard department protocol.

He gave his life to save others. He’s a good boy and he will never be forgotten. Rest In Peace #K9Cigo pic.twitter.com/7Snb2LvVFt

An escort for @PBCountySheriff K9 Cigo. It’s amazing seeing the support from so many agencies. RIP Cigo. pic.twitter.com/9ZAoPcU0J4

Our heartfelt condolences to the @pbso on the loss of its K9. A #hero lost in the line of duty #GoneButNeverForgotten pic.twitter.com/Byx9ddf6fu

Our hearts are truly broken after a suspect shot and killed our K9 Dog tonight, on Christmas Eve. “He did his job, giving his life to save and protect our own” - Sheriff @RicBradshaw

3 year-old K9 Cigo did his job and saved deputies lives according to @PBCountySheriff . Suspect in critical condition. No civilians hurt. Shooting was outside @wellingtongrn not inside. @WPTV