'House of Budweiser' under contract in Lake Worth for over $100,000 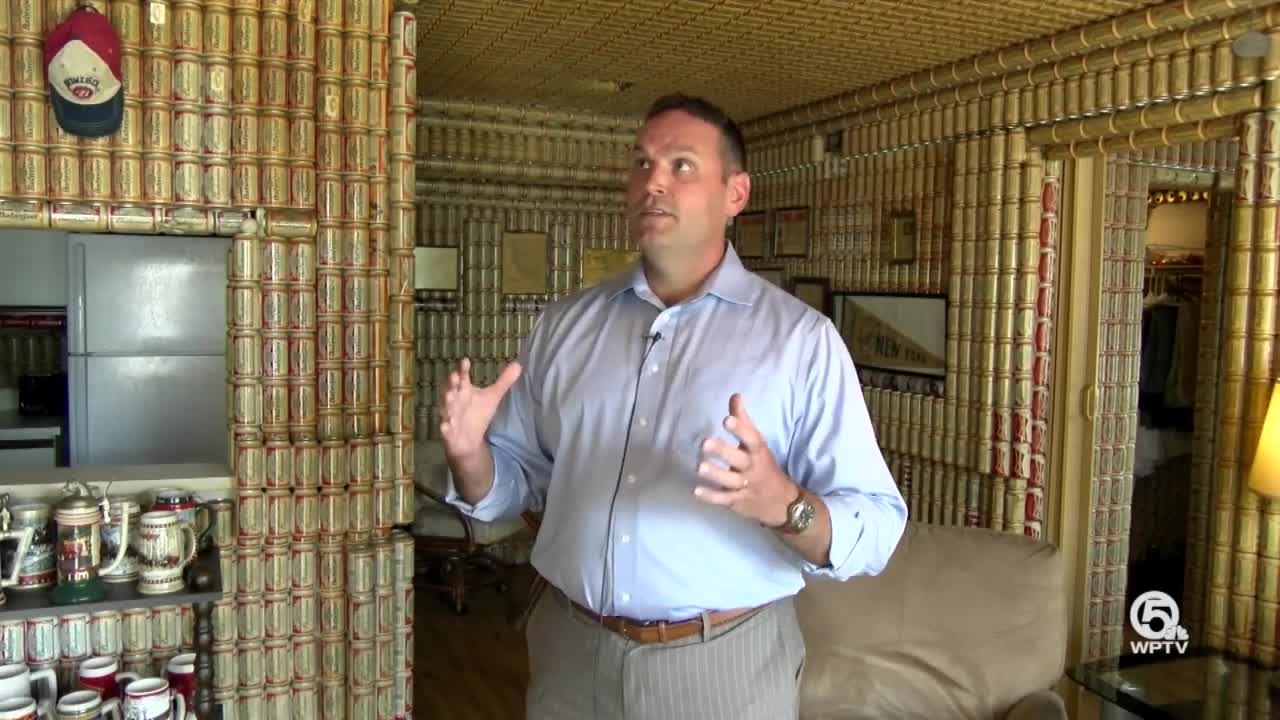 A U.S. Navy Veteran covered the house with thousands of cans of beer be drank before his passing. 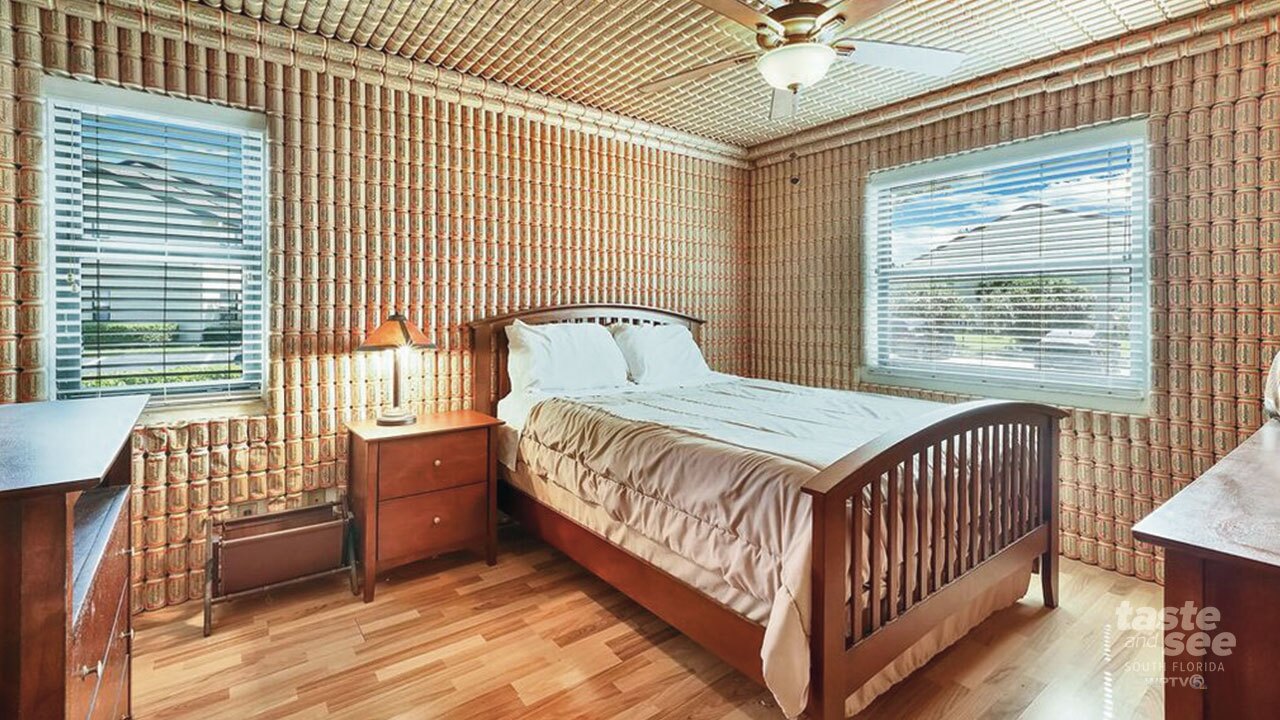 LAKE WORTH, Fla. — It's called the 'House of Budweiser,' now under contract in Lake Worth for just over $100,000. A U.S. Navy Veteran covered the house with thousands of cans of beer be drank before his passing.

When you walk up to unit #102 you see some Budweiser wind chimes and you even see a Budweiser sign on the wall. But that's nothing until you open the door.

"The pictures just don't give you the magnitude," Said Jesse Kearney of Kearney & Associates Realty based out of Wellington.

Thousands of Budweiser cans covering every wall and ceiling all from 16-years of drinking by one man.

"What you're seeing is basically he's covered every inch," Said Kearney, "He's even gone as far as to do the crown molding."

The 'House of Budweiser' project was left behind by U.S. Navy Veteran Michael Amelotte who served during the Cuban Missile Crisis.

"He was the person responsible for receiving Russian code messages and basically transcribing them," Said Kearney.

And since Amelotte was in communication with the shore, the crew new he knew, where all the fun was when it was time for leave. Kearney said, "That's the guy you want to hang out with. And I guarantee you this was that guy."

Budweiser saying on Twitter it will supply the new owner of the condo a year of beer if they keep the decor in place.

Hey @BuyAndSellWPB, who bought this house?

Let us know so we can stock their fridge with beer (as long as they don’t renovate). pic.twitter.com/6IZmc7mfhy

Every inch of the two-bedroom two-bathroom condo covered with Budweiser cans... Even five ice-cold ones ready to drink in the fridge.

Every room, except the bathrooms, because when he was full of beer there were no cans to be seen anywhere. Laughs Kearney, "I guess you have to make it comfortable somewhere." 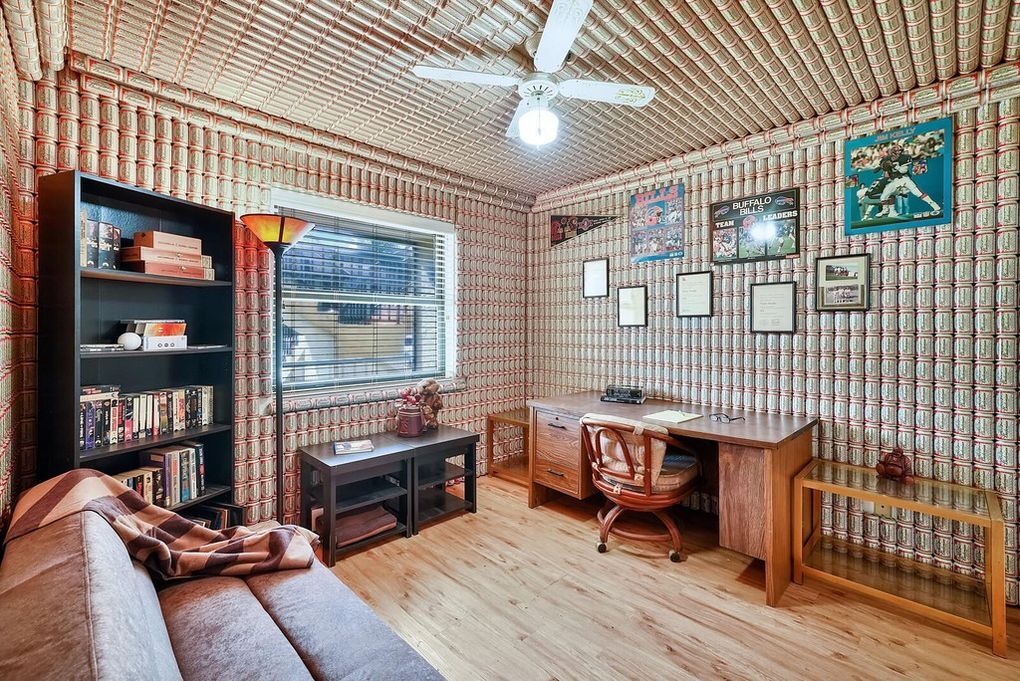 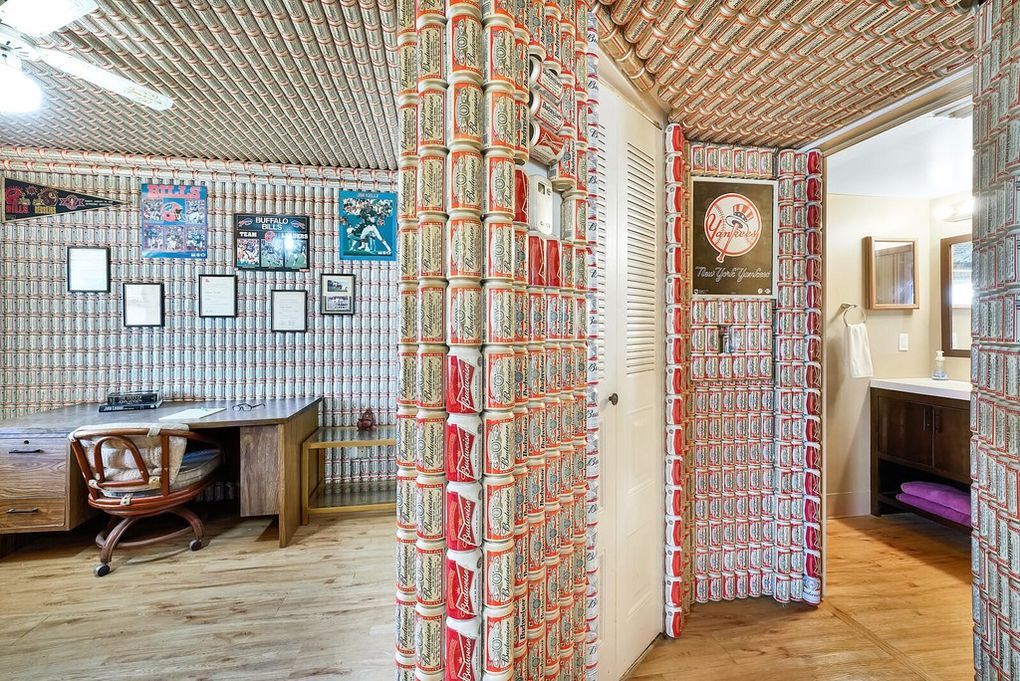 'House of Beer' hall to office and bathroom. 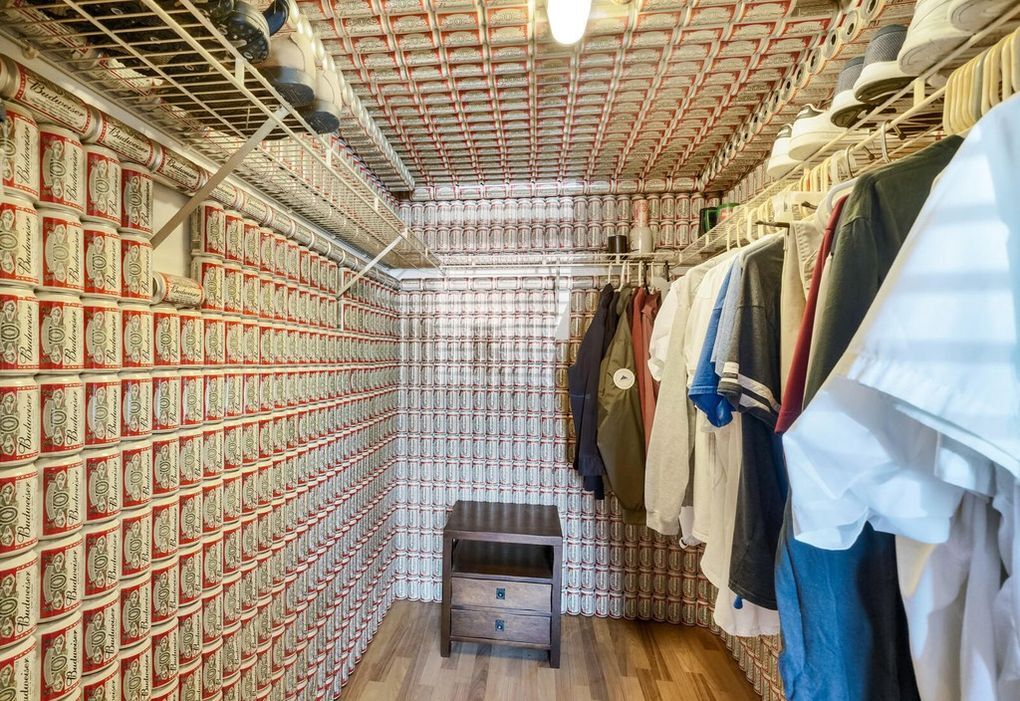 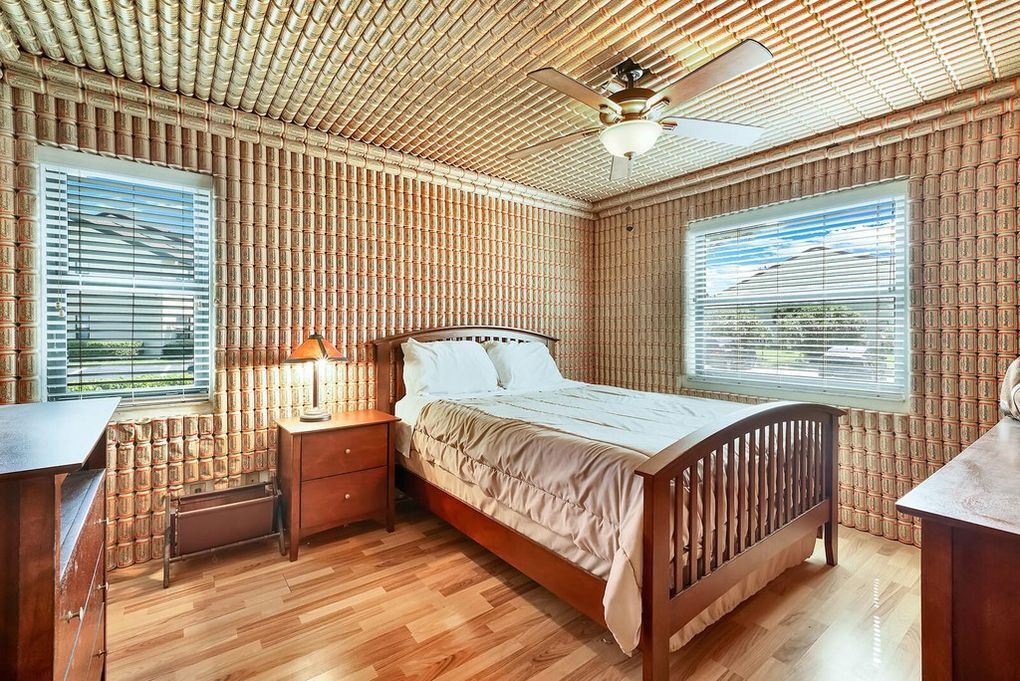 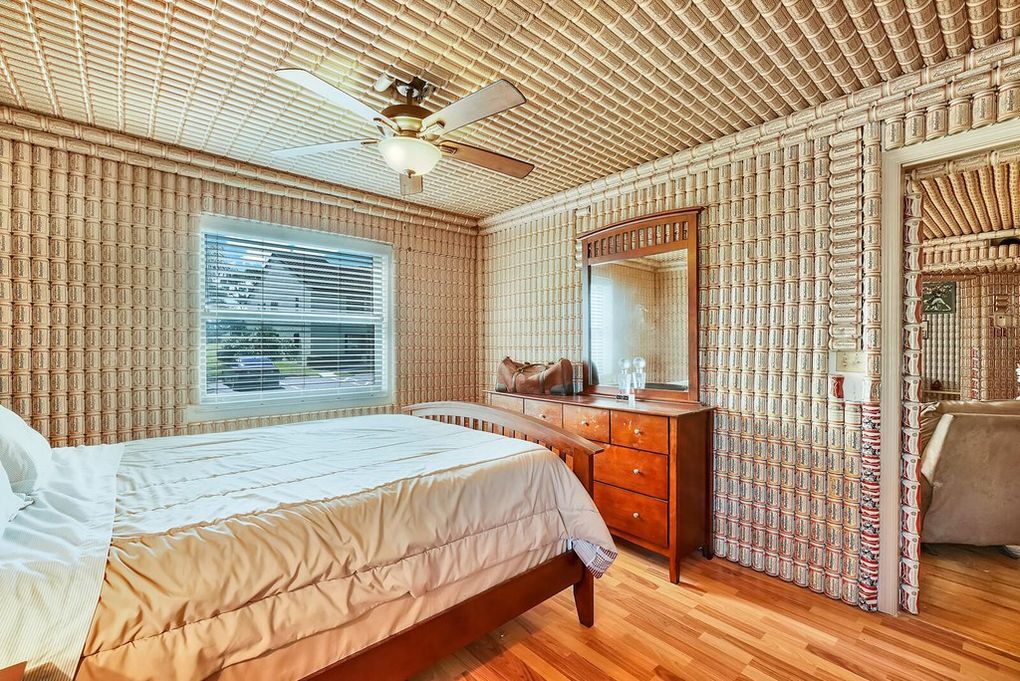 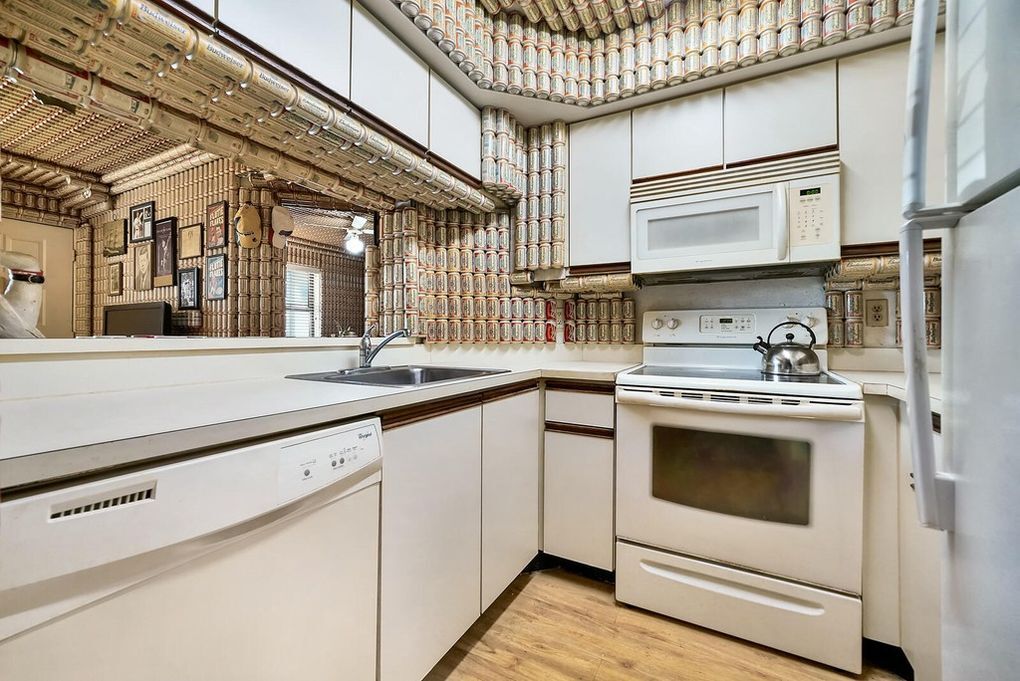 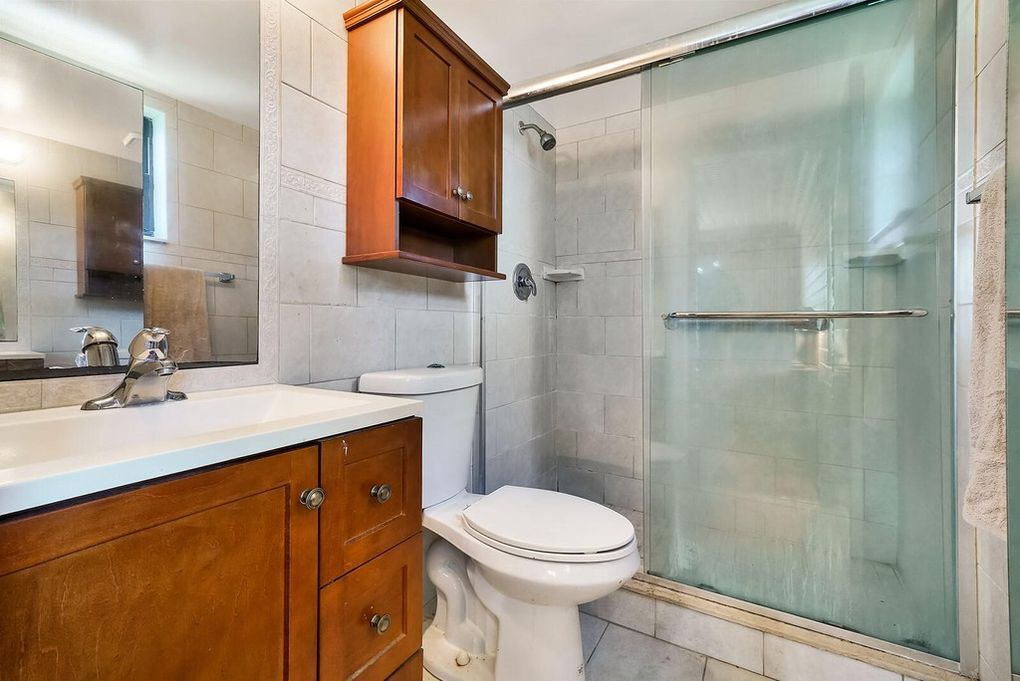 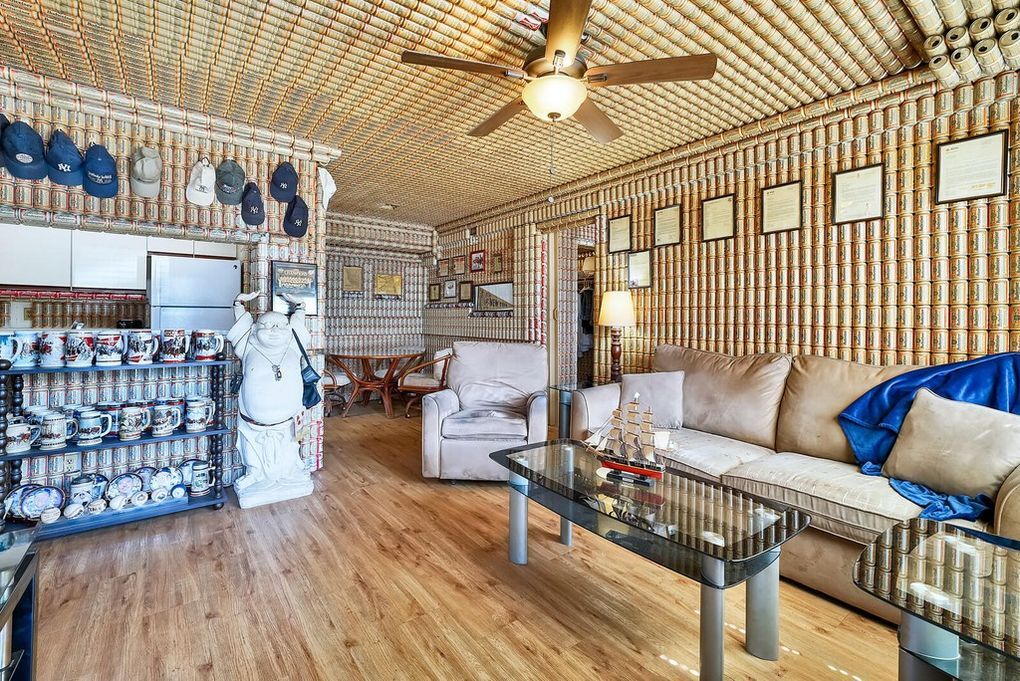 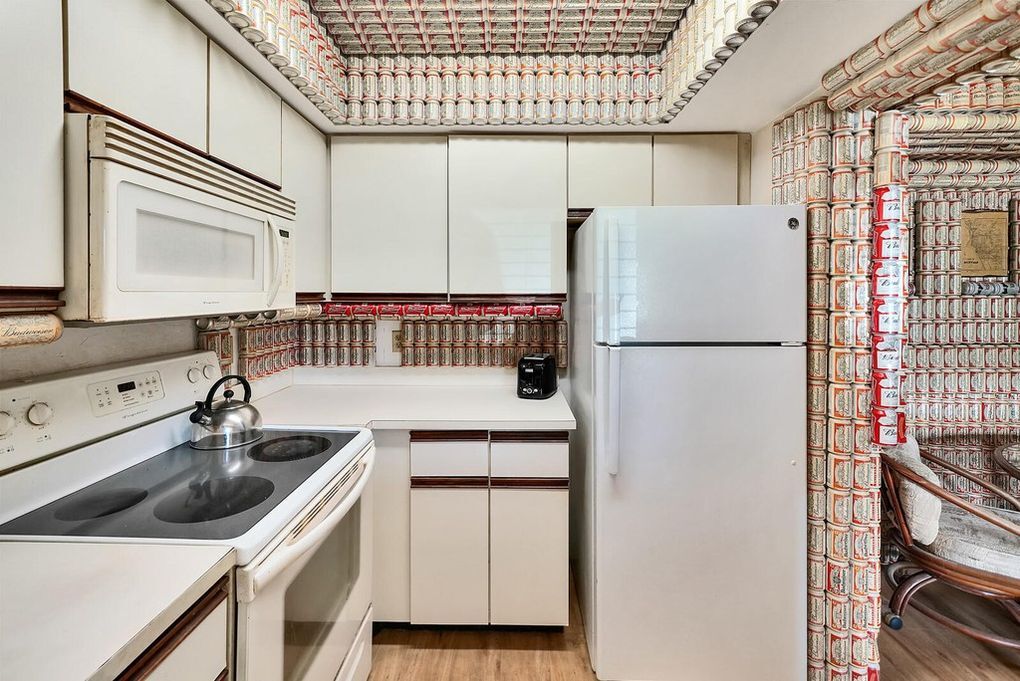 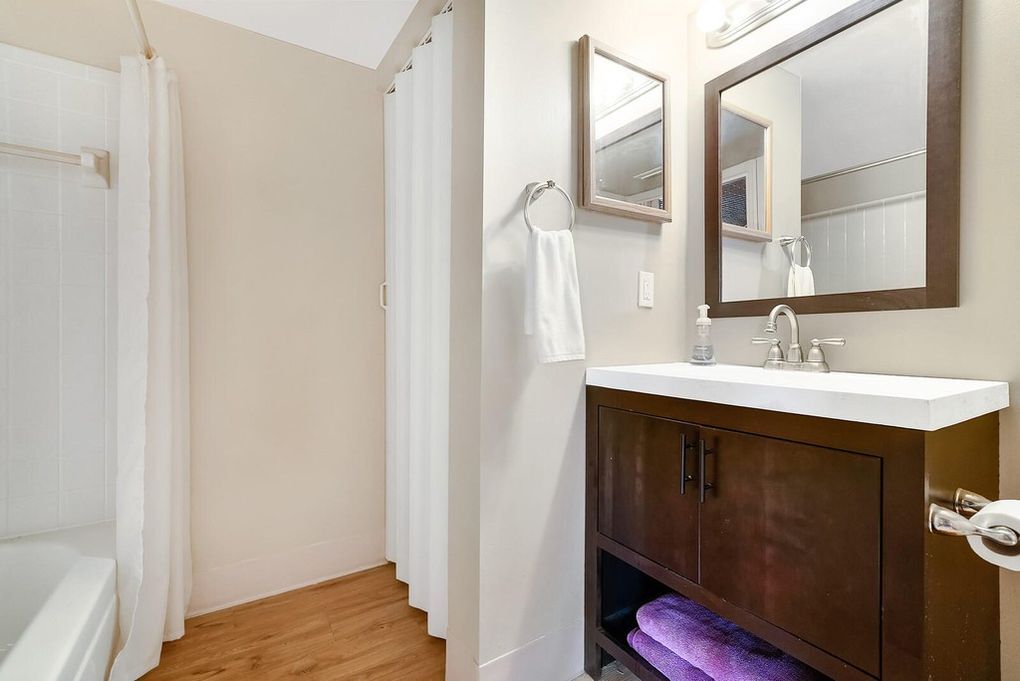 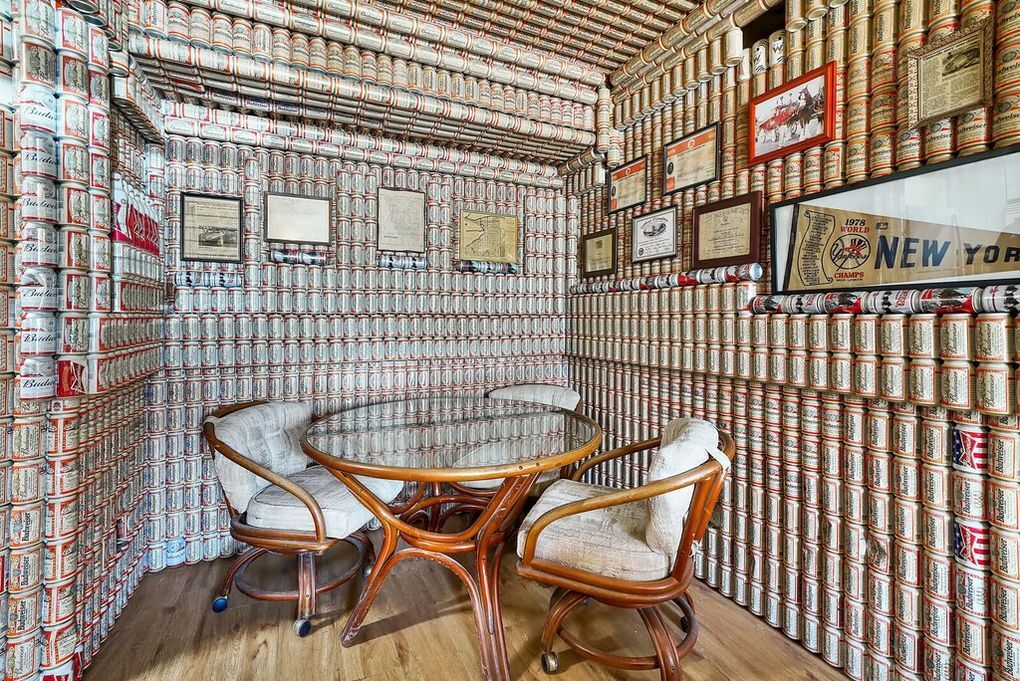 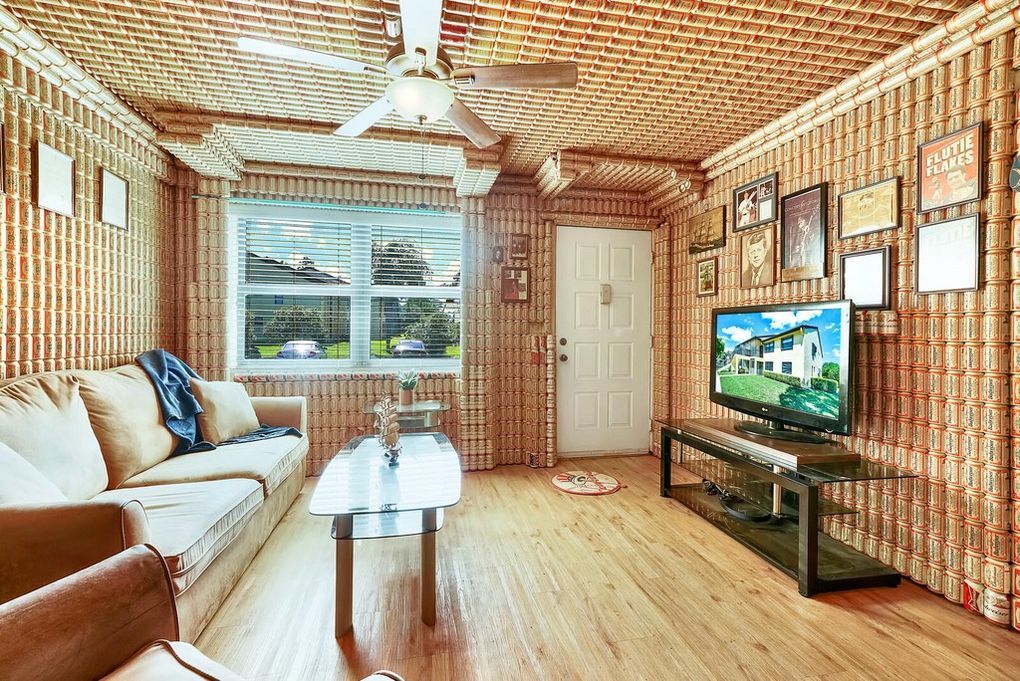 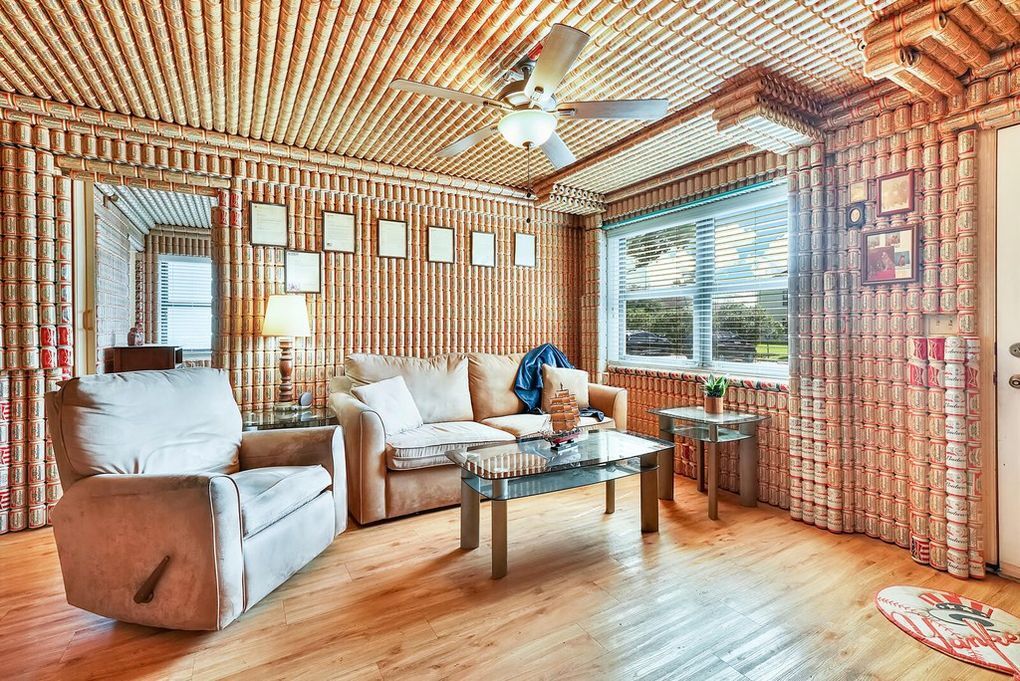 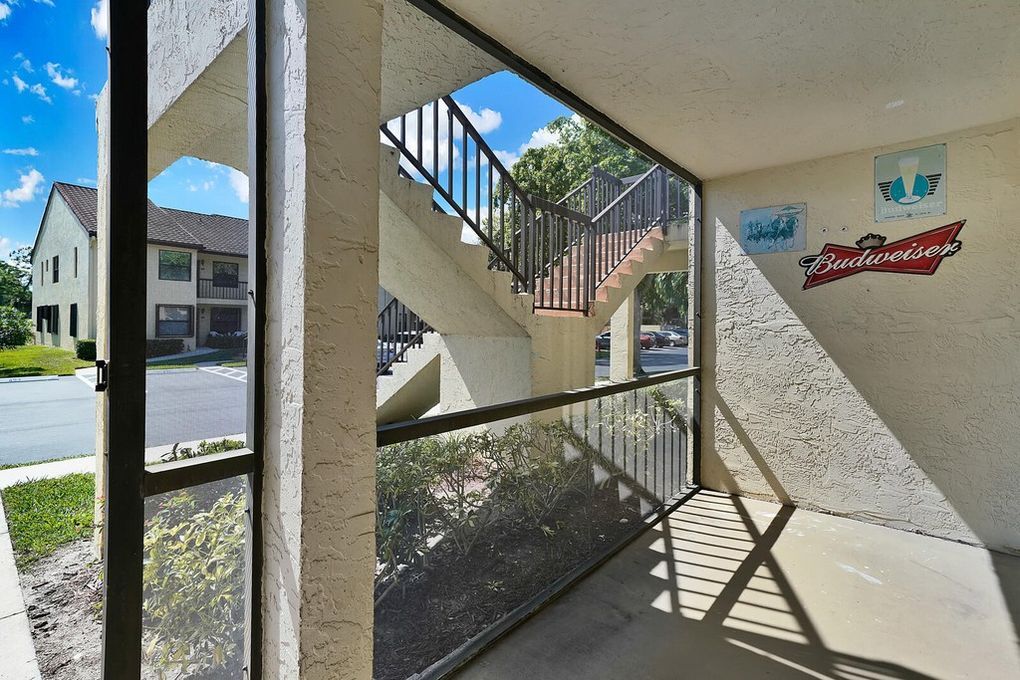 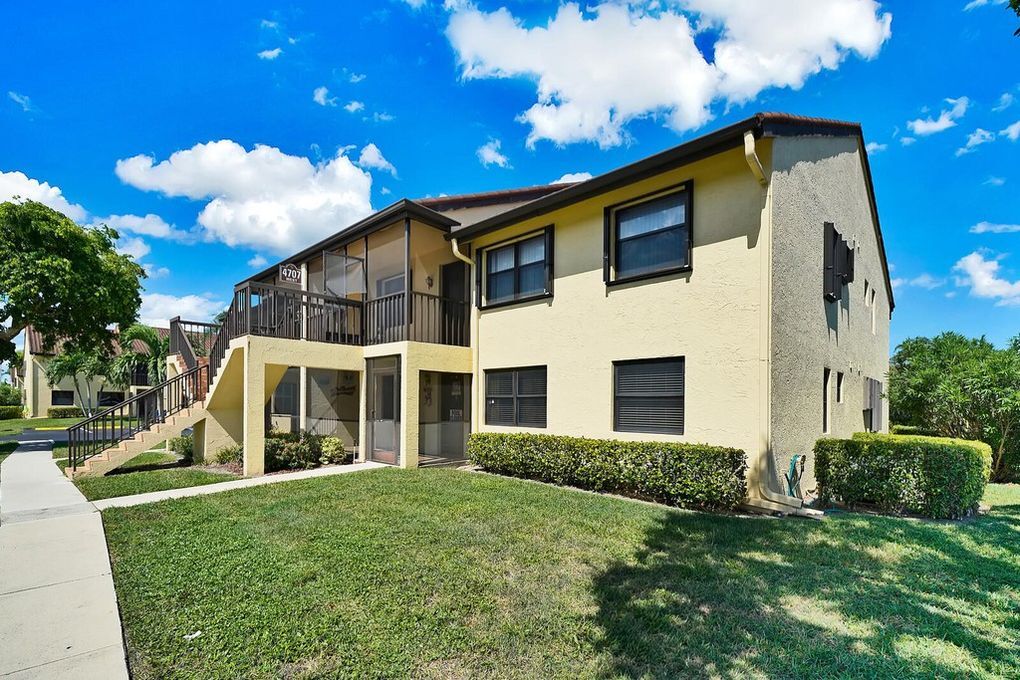 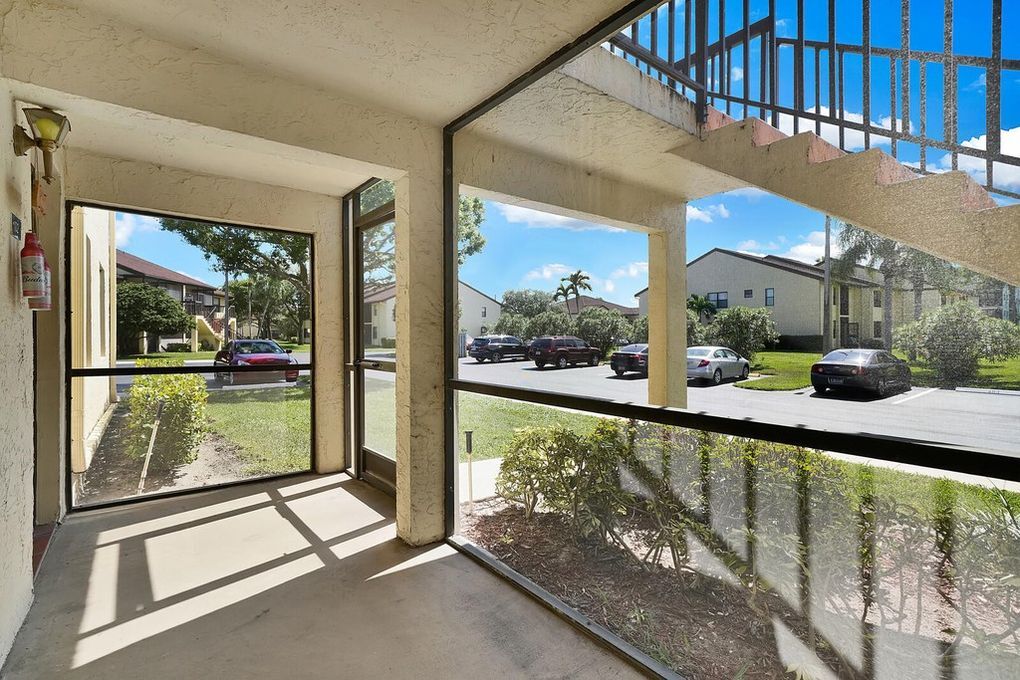 'House of Beer' Lanai.
Copyright 2020 Scripps Media, Inc. All rights reserved. This material may not be published, broadcast, rewritten, or redistributed.