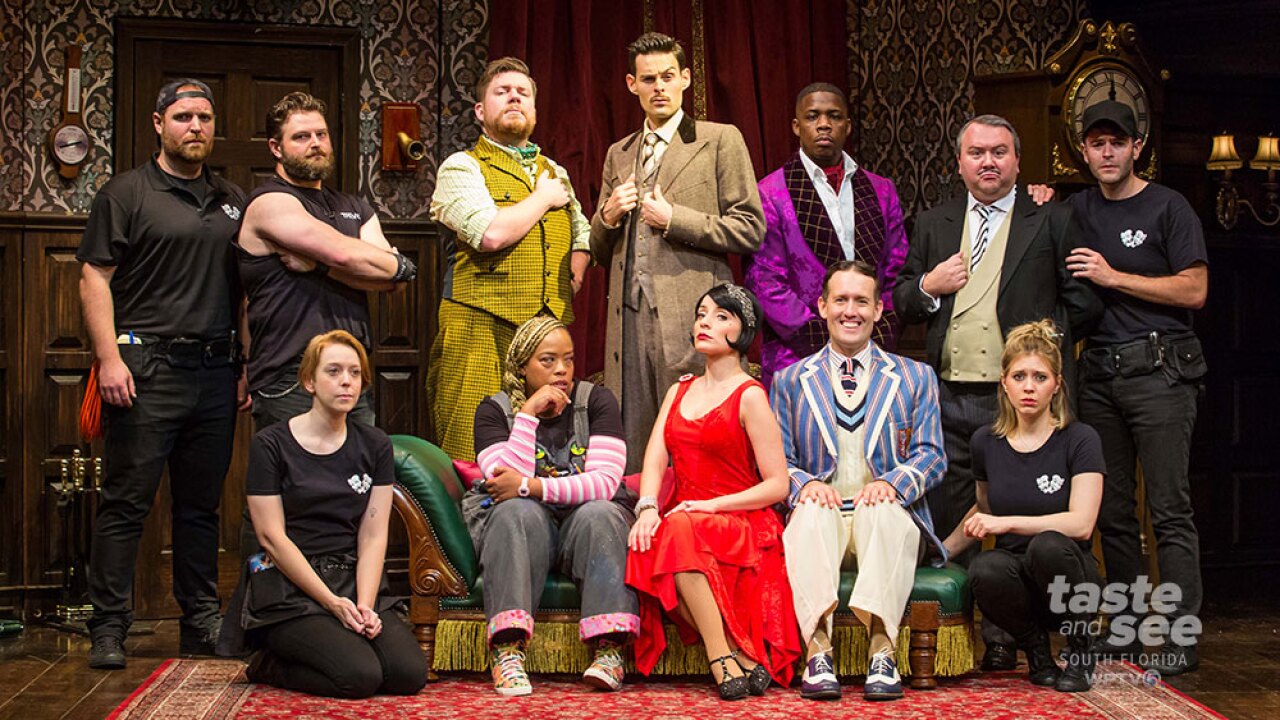 1) Palm Beach Food and Wine Festival - West Palm Beach
Eat, drink and socialize to your heart's content at the Annual Grand Tasting. 50 local chefs compete for a $10,000 charity prize. This year the Grand Tastiong is at the Palm Beach County Convention Center in West Palm Beach on Sunday, Dec. 15 at 3 p.m. WPTV's Jay Cashmere is the emcee along with Kool 105.5's Mo and Sally. Tickets are $95 per person.

2) The Mystery of Edwin Drood - Jupiter
Charles Dickens died before he could finish this play, so Rupert Holmes (yes, the Pina Colada song writer) created a play that has 54 different endings. The audience actually votes on the outcome of the show. "He left no notes, to his relatives or his friends, or anything like that about how the show is going to actually end so as a result it's a mystery, it's a who done it without an ending," says actor Richard B. Watson. "That's another great fun part of doing a show like this is we enlist as much help from the audience as we can," says actor John Preator. The show runs at the Maltz Jupiter Theatre now through Dec. 19, 2019. Tickets start at $62 plus taxes and fee.

3) The Play that Goes Wrong - West Palm Beach
The title says it all. Anything that could go wrong during a performance does. The awkwardness and calamity build and build until the stage set literally falls apart. It's Downton Abbey meets Monty Python. The show plays at the Kravis Center now through Dec. 15. Tickets start at $40 plus taxes and fee.

4) Hoffman's Chocolates Winter Wonderland - Greenacres
There are over 125,000 LED lights, a giant Christmas tree, photos with Santa and Mrs. Claus, an outdoor ice skating rink food trucks and of course chocolate. It runs nightly from 6 p.m. - 10 p.m. through Dec. 30. Most activites are free and open to the public. (CLOSED CHRISTMAS EVE AND DAY)

5) Boat Parade - Delray Beach
Friday, Dec. 13 This flotilla of brightly-decorated boats will line up North of the Boynton Beach Inlet and motor south at 6 p.m., which will light up the Intracoastal Waterways throughout Boynton Beach and Delray Beach to the C-15 canal. Click here for viewing locations.