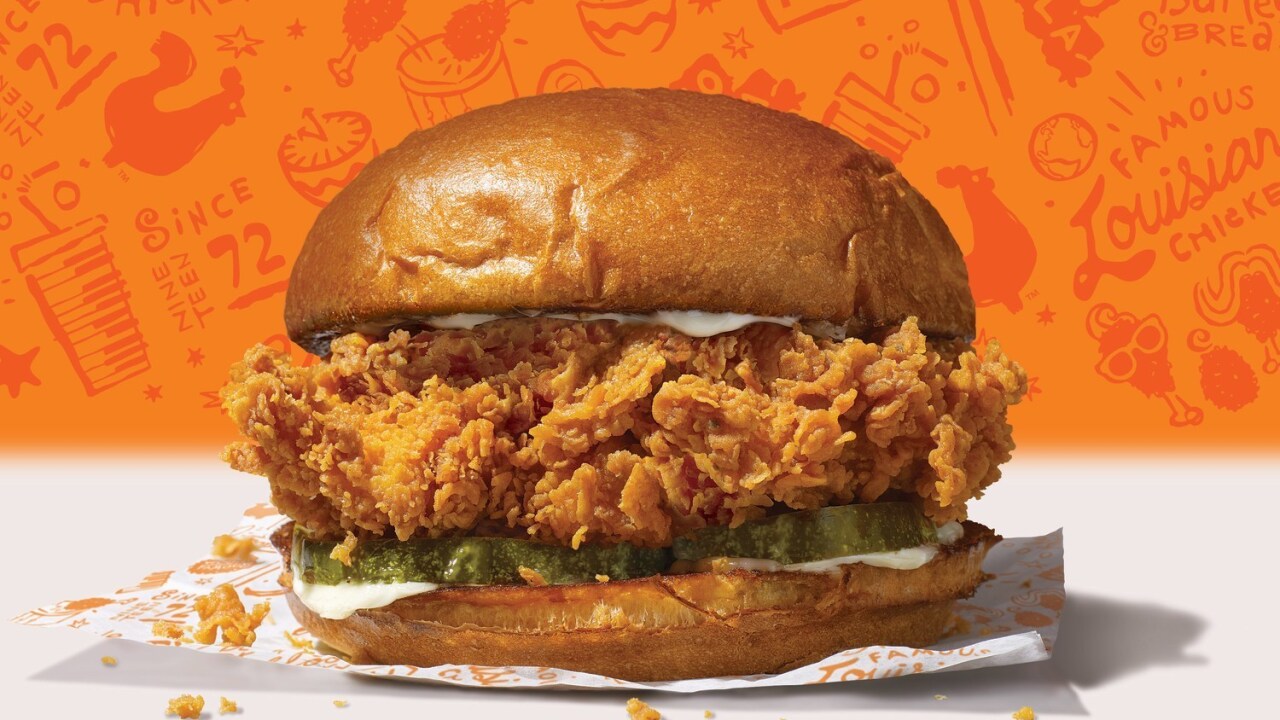 Popeye's broke the fast-food world — and the internet — when it released its new chicken sandwich earlier this month.

Thousands went out to try the new sandwich. Photos on social media showed drive-thru lines dozens of cars deep. Some fans waited for hours to try Popeyes' newest creation — if they were lucky enough to get one while they lasted.

In those lines, 17-year-old David Ledbetter saw an opportunity.

"I decided to register people to vote after I saw there was a lack of young people politically involved," Ledbetter told WCNC-TV in Charlotte, North Carolina.

Ledbetter camped out near a Popeye's Restaurant in town and asked customers in the drive-thru line if they were registered to vote.

According to WCNC, he was able to register 16 people to vote by canvassing the drive-thru line.

Ledbetter, who will be a senior in high school this year, can't yet vote, but he wants to make sure to get his community involved in local politics.

"I believe that it is our duty to vote as American citizens and it would be wrong not to exercise our political voice," Ledbetter told WCNC.