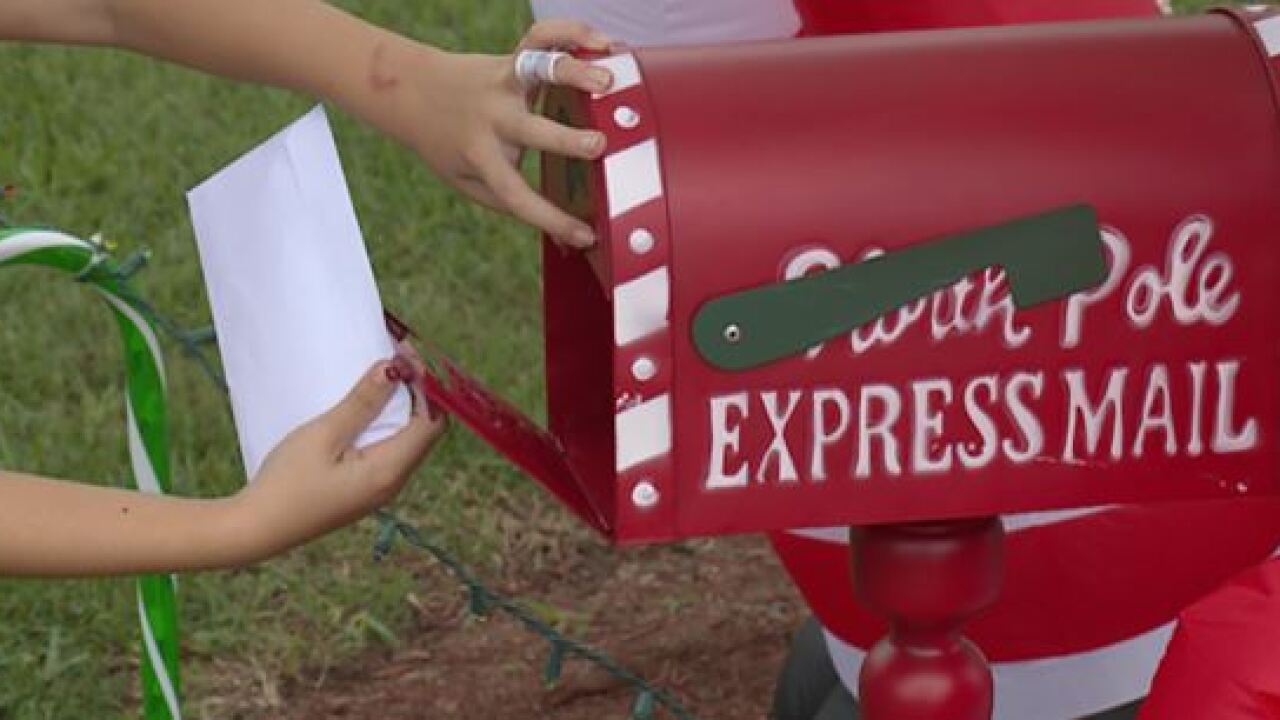 ROYAL PALM BEACH, Fla. — Five-year-old Amira Moon is ready for the holidays, putting her Christmas wish list for Santa in a red mailbox on her front lawn.

She says she wants "a dollhouse" and "a toy dog."

Her family loves to decorate for the holidays. When you drive up to her house, music is playing from the front lawn, a snowman and the red mailbox are on display.

Amira's mother posted to social media encouraging kids in the neighborhood to write a wish list for Santa, just like Amira did. The letters should be in a self-addressed envelope and put in the red mailbox.

"Write Santa their wish list, what they want, whatever it is make sure we have their address so that Santa and his helpers can send mail back to them," said Ashley.

Though there's no guarantee the wish list will come true, Ashley said it's about making people smile.

"It was just this tiny little spot out here with the mailbox, and during that time we had three neighbors walk up to us and talk and introduce themselves," she added.

The family just moved to the neighborhood on 121st Terrace North, south of Orange Grove Boulevard. They're not wasting any time sharing the holiday spirit.

"I feel like it's more for my kids, you know, it brings out joy out for them," said Ashley.