A couple whose wedding had to be moved because of the fast-growing 416 Fire in southwestern Colorado now has a breathtaking photo to remember the day by. 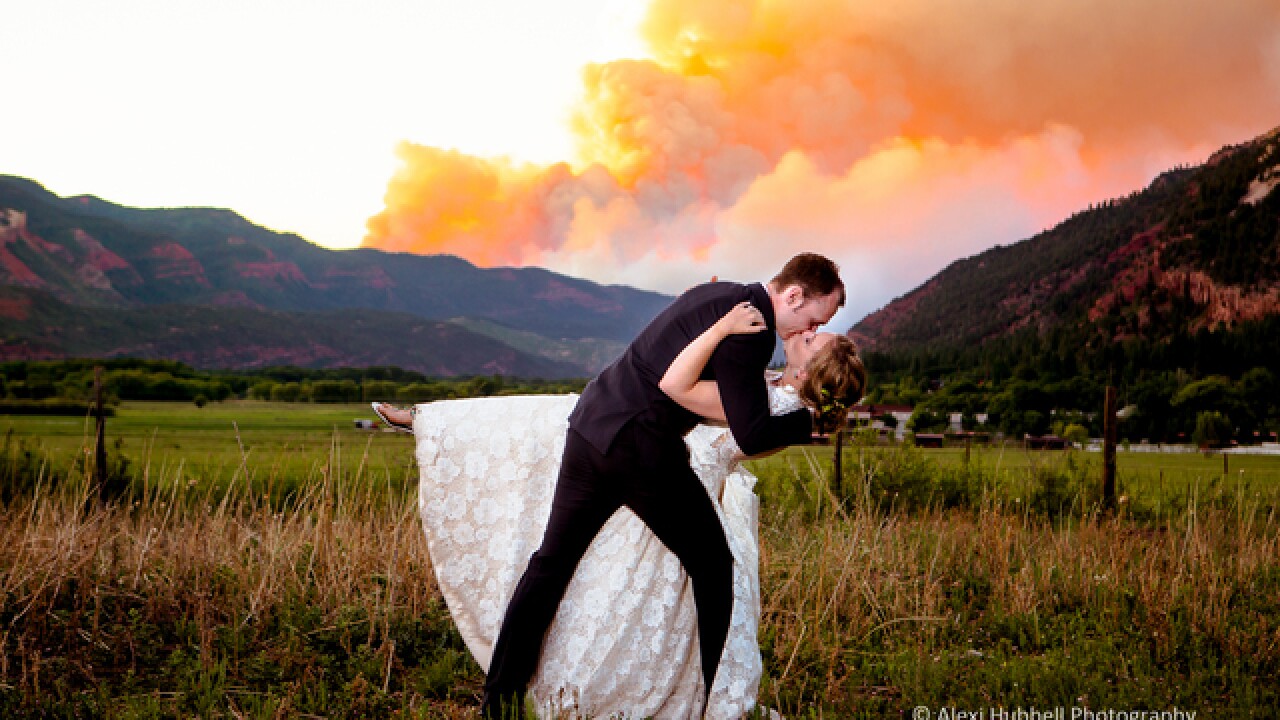 DURANGO, Colorado — A couple whose wedding had to be moved because of the fast-growing 416 Fire in southwestern Colorado now has a breathtaking photo to remember the day by.

Sara and Michael were set to tie the knot at Cascade Village north of Durango on Saturday but as the fire grew significantly, they moved the ceremony to a relative’s property at the last minute.

When it came time to take their wedding portraits, Michael dipped Sara and kissed her with the ominous orange plume of smoke from the fire in the background.

Despite the last-minute venue change, the wedding was “perfect and so very wonderful,” photographer Alexi Hubbell said.

In an Instagram post, the bride thanked the hundreds of firefighters who are working to get the fire under control.

We are in absolute awe of our friends, family, photographer, and vendors who made this incredible wedding come to life. The 416 fire forced us to change venues last minute and it was a little hectic. Thank you to the firefighters working hard to keep the Durango community safe, we are so grateful. What an unbelievable weekend. @alexihubbellphotography #durango #416fire #durangowedding

As of Monday morning, the 416 Fire was estimated to be more than 19,000 acres in size. The fire remains 10 percent contained.