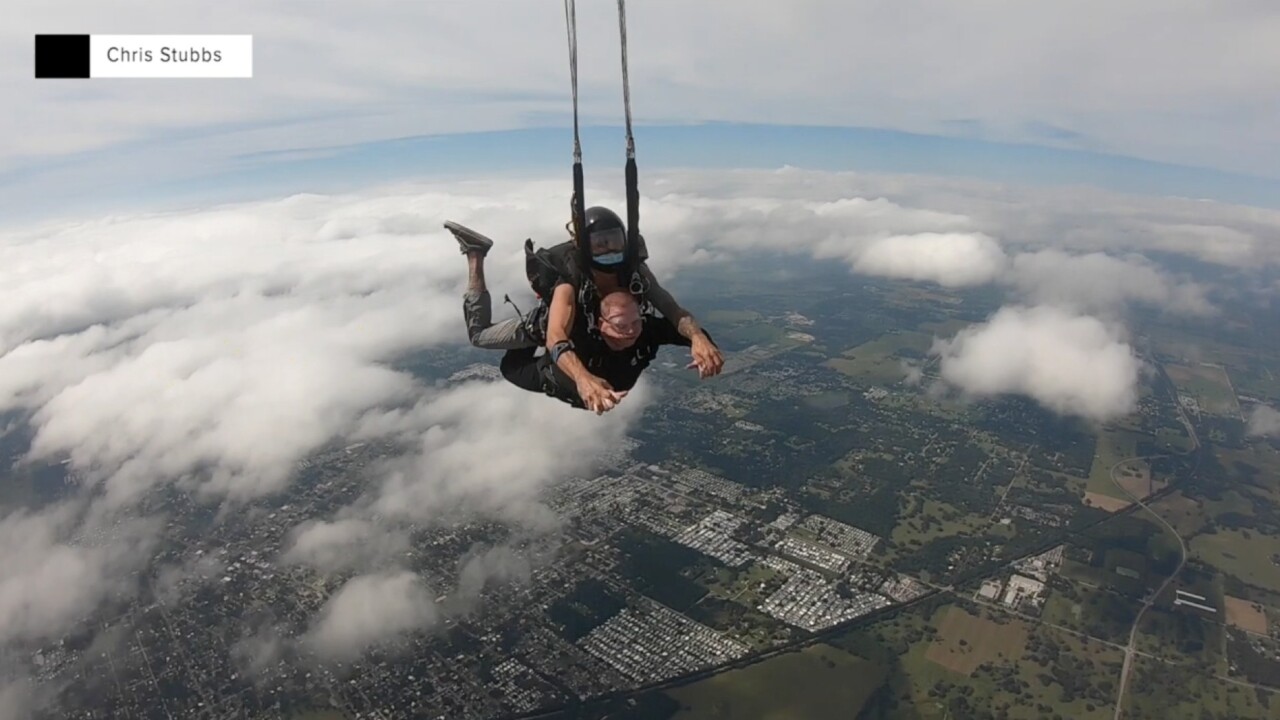 TAMPA, Fla. – Like most others when the pandemic hit, Bobby Biggs found himself spending a lot more time at home.

And he quickly found some fun in the new norm.

“I started collecting the masks around I would say, probably April 30,” said Biggs.

Biggs just may be the only person in the world that not only collects and likes face masks, but he also memorizes every place he has worn them.

But there’s something else he recently discovered that has him even more captivated – skydiving.

Biggs recently started going to an indoor skydiving park in Tampa with a friend, Neal. The two decided to give the real thing a shot this month.

You see every day is sort of like a leap of faith for Biggs.

“I don’t like things being shut down either, especially being blind,” Biggs said. “It is really hard when you can’t get to a lot of places.”

At Skydive City in Zephyrhills, Florida, the staff was willing to take Biggs for the ride of his life in a tandem jump.

Biggs, in his eagle mask, was a little nervous, but he had his friend Neal and the experienced staff to guide him through the process.

Biggs’ jump was a success, so much so that he and Neal made plans to do it again.