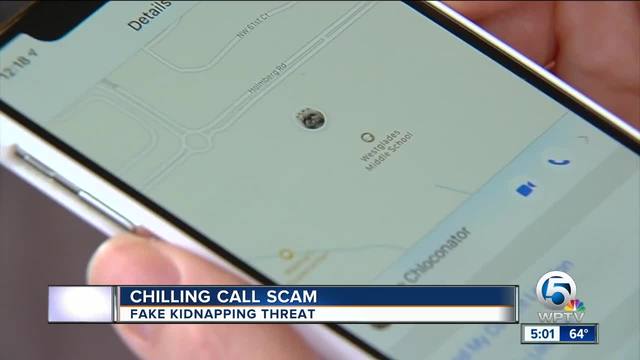 A South Florida family says they were recently targeted by a terrifying kidnapping scam. 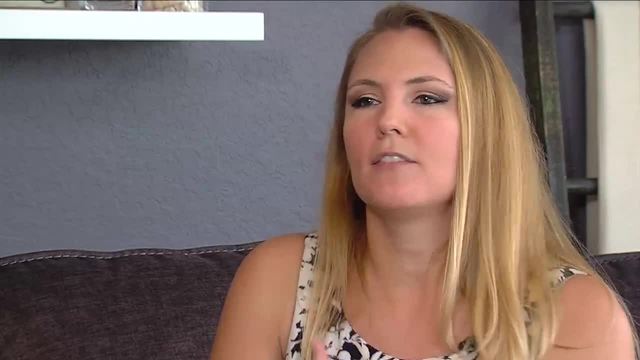 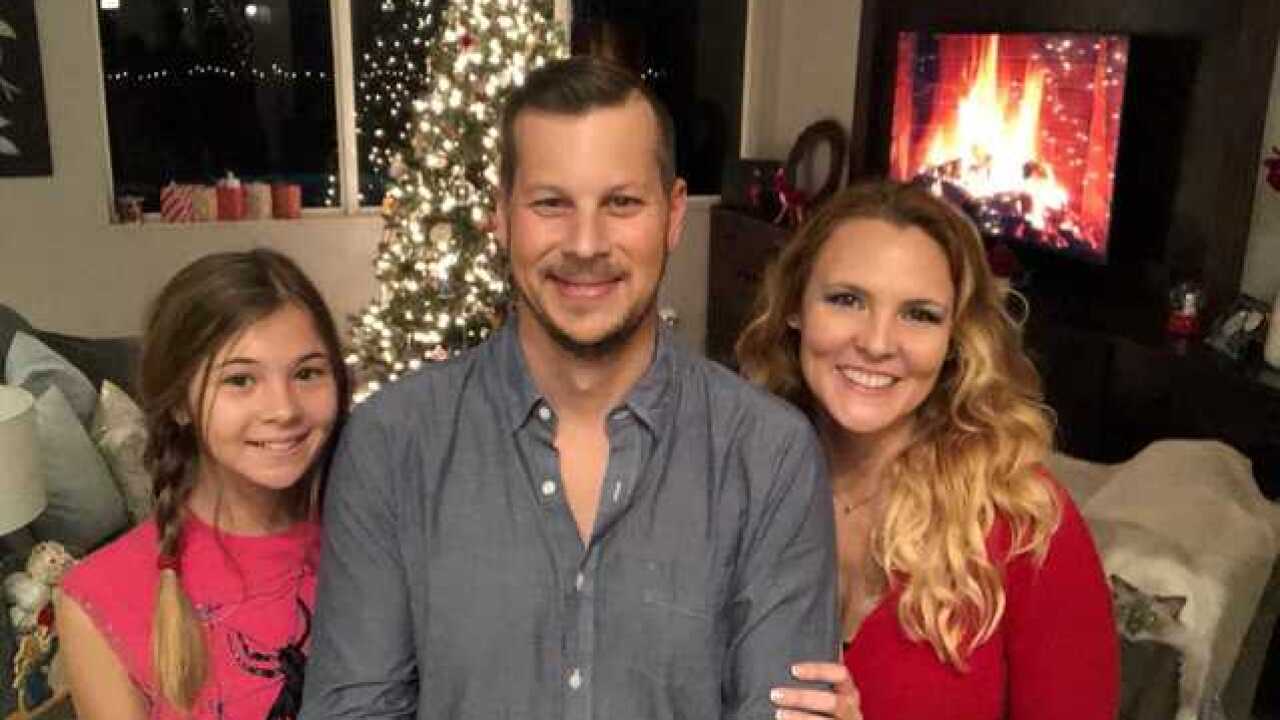 A South Florida family says they were recently targeted by a terrifying kidnapping scam.

Katie and Steve Watson live in Coral Springs and want to warn families about the crime.

Katie tells WPTV that she received a call on Monday from a number she didn’t recognize. On the line she heard a whimpering child, then a mysterious man say he had kidnapped Katie’s daughter, Chloe.

"All of a sudden a man's voice came on the line, and he said, Katie I have your daughter. She's in the back of my van," Watson told WPTV on Tuesday. Katie said she quickly hung up, feeling in her gut that it was scam.

"That's really part of what gave me the chills was somebody calling me by my name," said Watson. "That was unsettling."

Katie says she figured it was a scam, but then got a bad feeling when she checked her daughter’s location through her phone's GPS.

It initially said her daughter was at Westglades Middle School in Parkland, which Chloe attends. But then the GPS suddenly jumped to another location in Parkland.

Upon further investigation, the Watsons found that her daughter was indeed at school, and more importantly, safe.

"I got chills all over my body and I was like, OK, I know that was a scam but that's like every parent's worst nightmare is to hear your kid has been kidnapped," said Watson.

The FBI calls this a virtual kidnapping scam and says it’s evolved over the years and become more sophisticated.

In the calls, a crook says he’s kidnapped your loved one and demands money in exchange for their safe return.

In the Watsons case, however, the scam was taken to a frightening new level with the use of a whimpering child on the line.

The FBI offers these tips so you don’t become a victim:

This story was first reported by Parkland Talk.