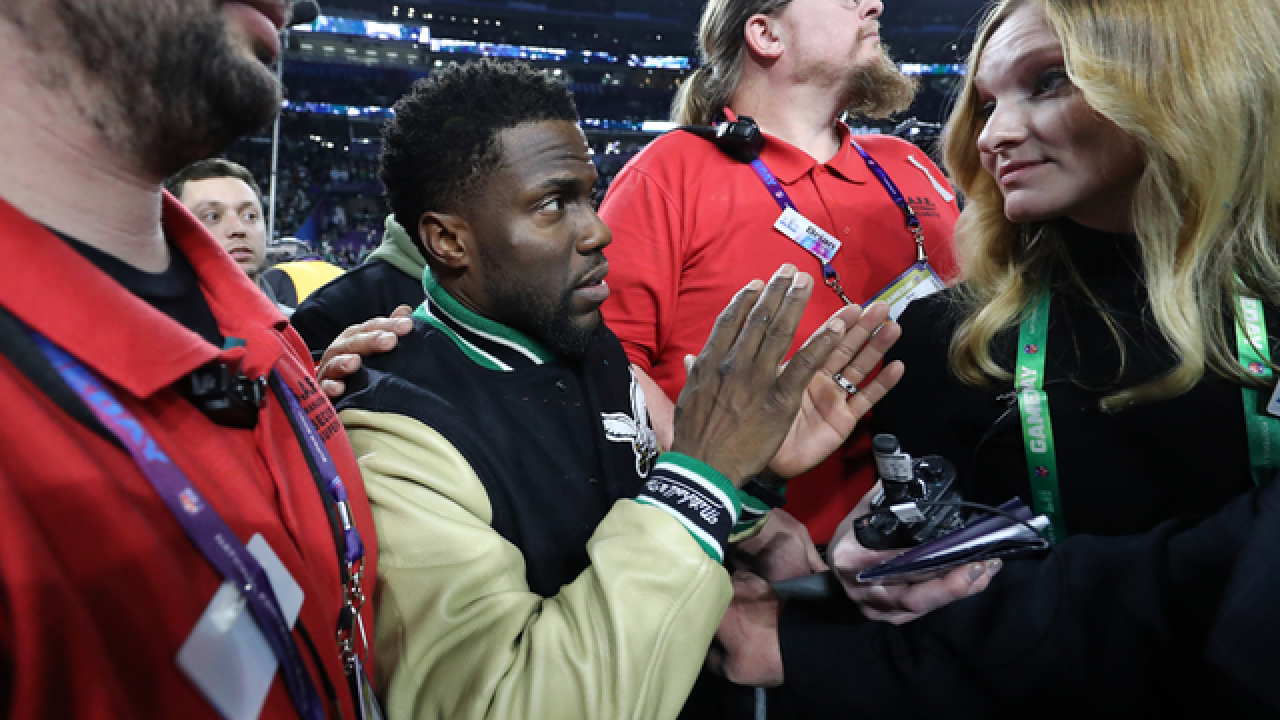 Copyright Getty Images
&lt;p&gt;Comedian and Philidelphia native Kevin Hart attempts to get onto the stage following the Eagles 41-33 win over the New England Patriots in Super Bowl LII at U.S. Bank Stadium on February 4, 2018 in Minneapolis, Minnesota. (Photo by Elsa/Getty Images)&lt;/p&gt;

(CNN NEWSOURCE) -- Funnyman actor Kevin Hart provided some comic relief at the Super Bowl - but he was laughed at more than laughed with.

Hart, who is a native of Philadelphia, seems to have gotten his party on at Super Bowl LII.

The comedic actor was super happy that the Philadelphia Eagles pulled off a win. So happy that Hart crashed a post-game NFL Network interview with an Eagles player.

Things went left and Hart ended up dropping an F-bomb live on national TV, before escorting himself off the set.

But the "Jumanji" star received the most attention from social media after security denied his attempt to join the champion Eagles on stage for the trophy presentation.

Footage of the moment quickly went viral and fans had a laugh about it on social media, some noting the actor's small stature as he reportedly is 5 feet 4 inches tall.

For his part, Hart explained in an Instagram video posted Monday that he was "tipsy."

"You know when alcohol is in your system you do dumb stuff," Hart said.