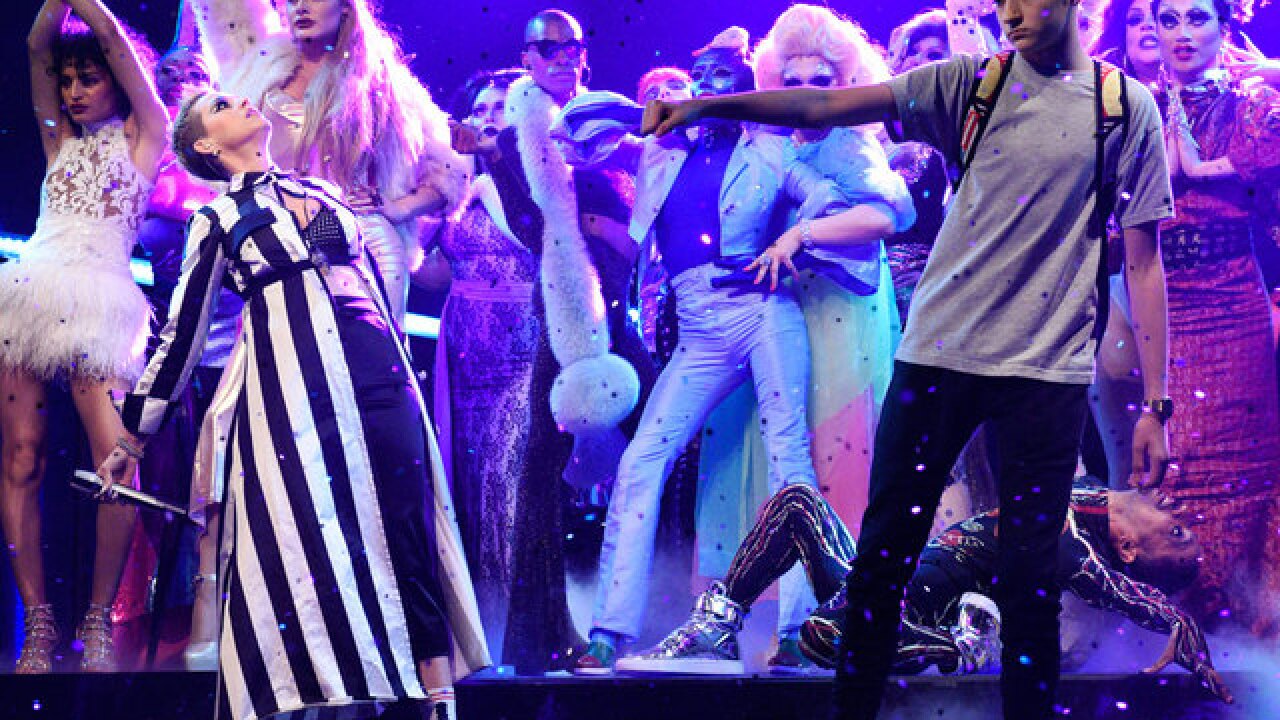 Copyright Associated Press
&lt;p&gt;In this Saturday, May 20, 2017, photo provided by NBC, Russell Horning dances on stage alongside Katy Perry during her performance of "Swish Swish" on "Saturday Night Live" in New York. Horning, an Instagram dancing sensation has gone from online to on-air after Perry invited him to show off his moves during her “Saturday Night Live” performance. (Will Heath/NBC via AP)&lt;/p&gt;

NEW YORK (AP) — A teen Instagram dancing sensation has gone from online to on-air after Katy Perry invited him to show off his moves during her "Saturday Night Live" performance this weekend.

Fifteen-year-old Russell Horning took the "SNL" stage during Perry's performance of her new single "Swish Swish." He wore his trademark backpack and did his signature move of quickly swaying his hands around his waist.

The Lawrenceville, Georgia, teen tells USA Today the collaboration came about after Perry noticed him on Instagram.

But it looks like Horning wasn't too impressed with Perry's dancing. His caption on a video of her trying to imitate his moves backstage at "SNL" read: "When your mom tries to look cool."