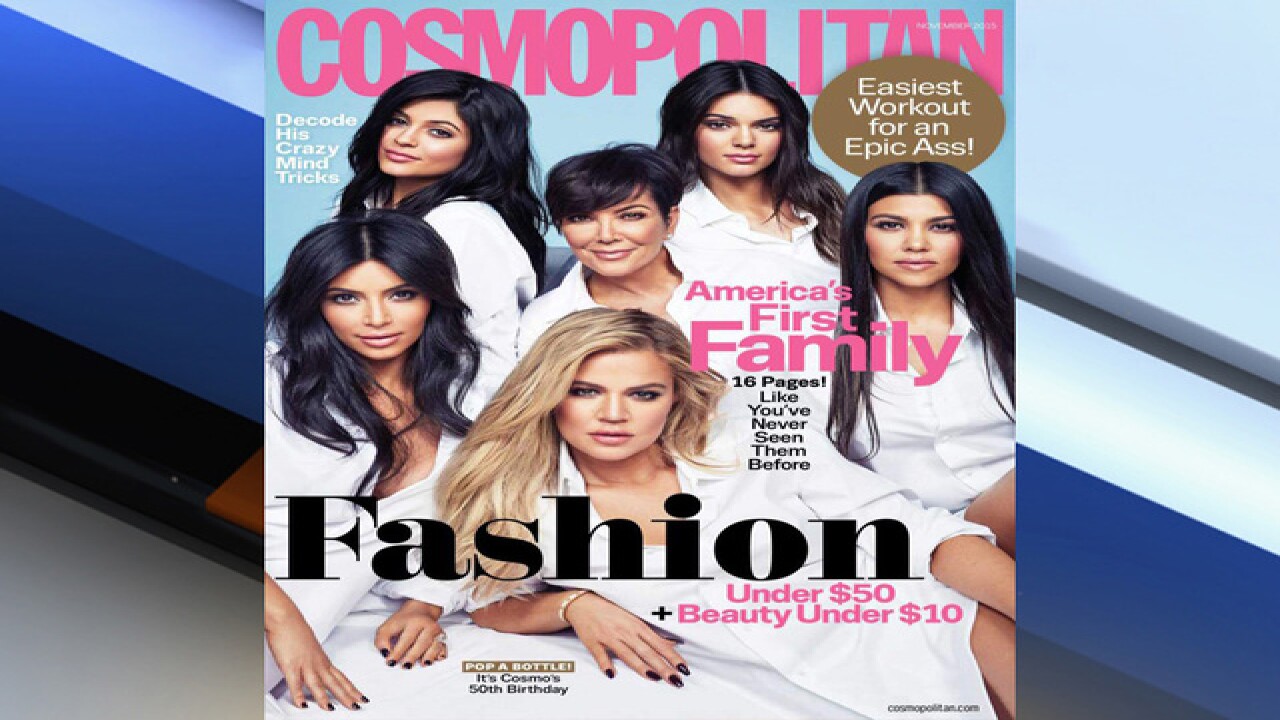 The magazine put the Kardashian and Jenner women on their 50th anniversary cover. The November issue touts getting sisters Kourtney, Kim, Khloe, Kendall and Kylie, and mom Kris, in a formal photograph, the only one in the last four years. Cosmo promises a photo spread of the women and the tale of their success story.

According to USA Today, Cosmo wrote in a statement, “We are teasing!” Spokeswoman Lauren Demitry also wrote, “They are a huge cultural phenomenon.  What we do know is there is nothing like the cover of a magazine to provoke a national conversation."

@JoannaColes@Cosmopolitan time to cancel my subscription. 🚮

@JoannaColes@Cosmopolitan Could you be more disrespectful to our actual First Family? Do better Cosmo😒

This Is America's First Family Not The Kardashians Get It Together @Cosmopolitanpic.twitter.com/mTIAsGWOSU

We love our First Family. pic.twitter.com/dPFzr4nQQM

Sorry Cosmo, there's only one First Family of America & it ain't the Kardashians. #CosmoFailpic.twitter.com/Su7p51ylqN

NOBODY at @Cosmopolitan was like "hey you guys. Let's NOT call the Kardashians America's First Family. Because: Obamas." Nobody? Bueller??

Me as I watch @Cosmopolitan get dragged for calling the Kardashians "America's First Family." pic.twitter.com/4dTKJOE1r2

I'm ashamed for America that they are quoted as "America's first family" gtfo of here with that bs https://t.co/YPHTjjQzny