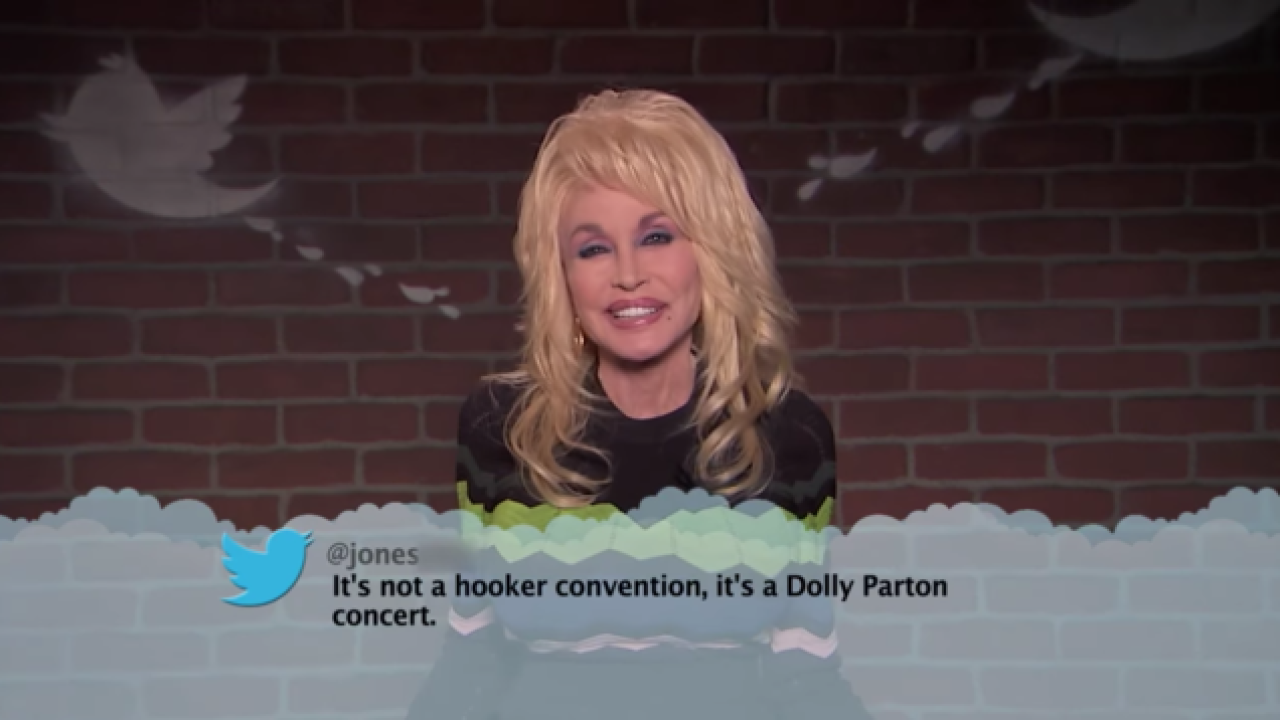 It doesn't matter whether you are Dolly Parton or Hunter Hayes, social media can be a mean place.

As part of the coverage of The 50th Annual CMA Awards in Nashville, a number of country stars took some time to read what the internet had to say about them in just 140 characters.

Dolly Parton read off a tweet that said, "It's not a hooker convention, it's a Dolly Parton concert".

Parton's response? "I guess I should feel hurt," Parton said. "But I don't, because I patterned by look after a hooker."