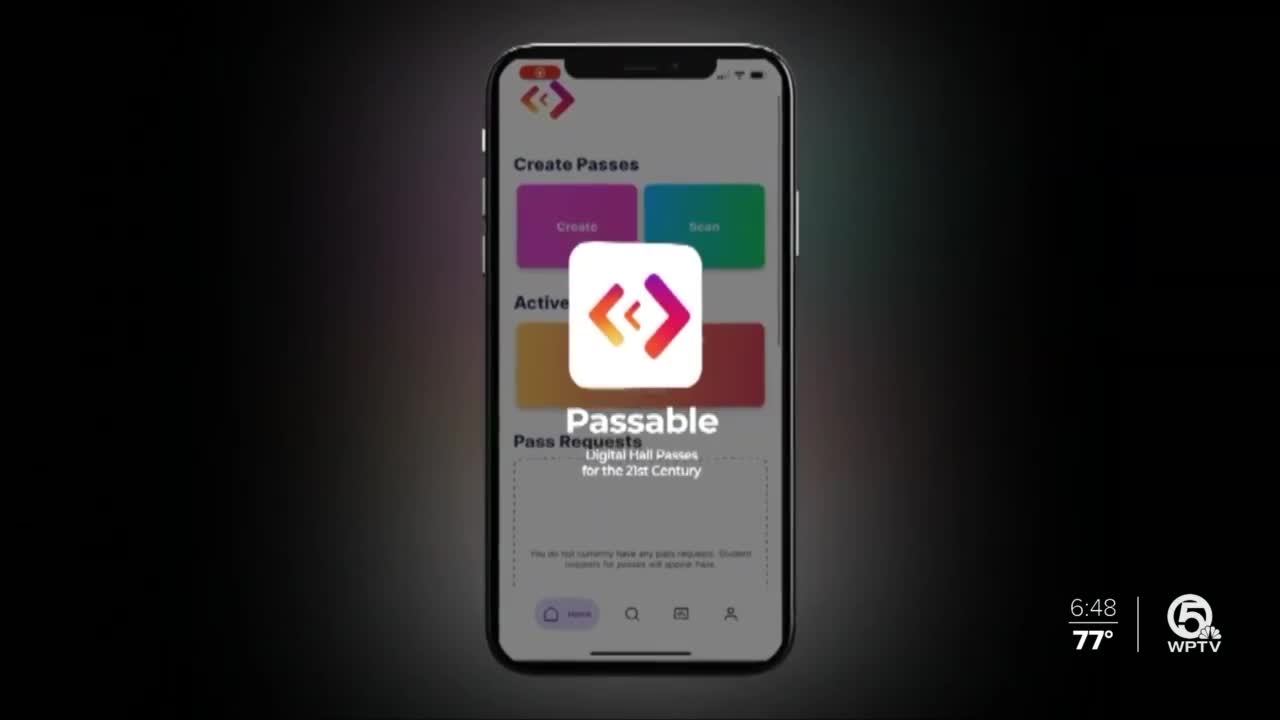 Two students from Martin County have created an app that they say will help schools in the fight against COVID-19.

They created an app called "Passable" that features numerous tools for contact tracing, social distancing and overall safety in schools.

Before the coronavirus became a major concern, the two were already working on developing an app to be used in schools. It was inspired by an issue Semrai was hearing from one of his teachers.

"My teacher was just complaining about the hall pass system and how they have to take out a slip and write a physical hall pass every single time," Semrai recalled.

A simple issue, he and Crombie said, could be fixed by digitizing hall passes. They designed the app to allow a student to request a hall pass to a specific location in a school for a specific amount of time. A teacher can approve it quickly and digitally.

They showed their idea to several teachers.

When COVID-19 became a threat and schools started to close, their efforts to show off their app had to take a back seat.

But, instead of letting that hinder their progress, they decided to take the time to enhance the app.

"Maybe we can apply some COVID features to the digital hall pass system and help keep students safe when schools reopen," Semrai said.

They rolled out an updated version that uses the information that is written on a hall pass to monitor possible crowd sizes, hallway traffic and create a list of possible close contacts should someone test positive for COVID-19 in a school.

"Now we have a digitized record of every student's whereabouts to and from a location," Crombie said.

The app does not do real-time tracking but can, for example, show how many people went to a specific bathroom, water fountain, the front office or any location in the school during a specific time frame.

It can also set capacity limits for specific rooms to encourage social distancing between teachers, staff, students and visitors.

"If we were talking about going to the front office, you may only want 15 people in there at a time, so with that, you can set a limit to the number of passes that can be issued to the room," Sermai said.

The app also has features to report any suspicious activity a student sees while they are out of class.

Crombie and Semrai said they have already shown the app to leadership in the Martin County School District, School District of Palm Beach County and other school districts nationwide, receiving positive feedback.

They said it would cost $1.75 per student each year.