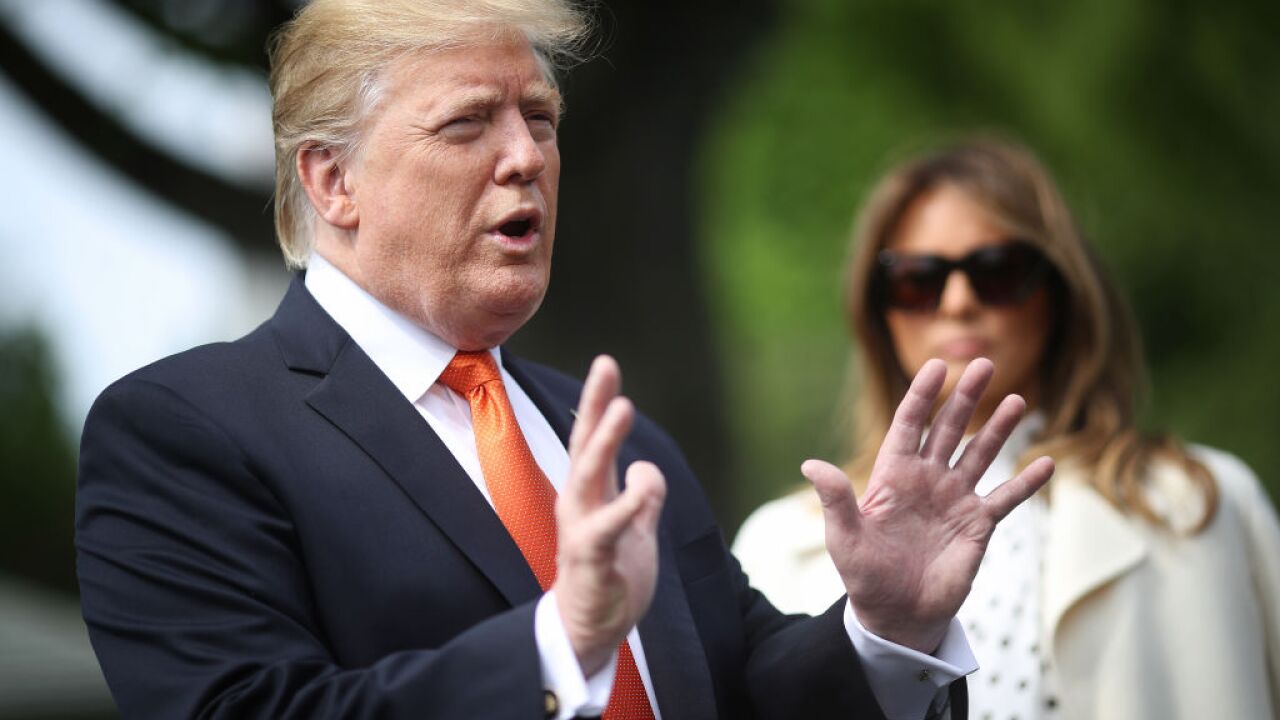 Of all these top priorities for President Donald Trump, it's addressing the opioid crisis that's gotten the least attention and the most bipartisan support . But Trump today will provide an update of sorts on his progress, which has included creating and bolstering several federal initiatives to combat the crisis.

There were a record-breaking 70,237 drug overdose deaths in 2017 and opioids were involved in 67.8% of them, according to the US Centers for Disease Control and Prevention . But these deaths may be on the decline. Complete data has yet to be released, but provisional data from the CDC show an overall 3.2% decline in overdose deaths from September 2017 through September 2018.

Some in the Trump administration have called the initial numbers a victory stemming from White House-led efforts to combat the crisis, such as the creation of a commission to provide recommendations to the federal government, the declaration of a national public health emergency and the signing of a sweeping opioids package into law .

Trump will highlight his administration's efforts in a speech in Atlanta today, the White House said.

White House spokesman Judd Deere said that at the 2019 Rx Drug Abuse and Heroin Summit, the President and first lady Melania Trump "will address more than 3,000 stakeholders from across the country engaged in the fight to combat the opioid crisis and provide an update on the administration's progress and success to reduce demand, raise awareness and save lives."

Ahead of his departure to Atlanta, the President told reporters "we're down about 17% with the opioid problem."

Deere clarified that the statistic Trump cited was related to opioid prescriptions.

"Since President Trump took office, the total number of opioid prescriptions dispensed monthly (by retail and mail-order pharmacies) has declined by at least 17%," Deere said.

And while opioid prescriptions have dropped during Trump's term, fentanyl-related overdose deaths continued to rise , according to CDC data.

Counselor to the President Kellyanne Conway touted the decline in overdose deaths on a call with reporters last month to commemorate the one-year anniversary of the White House launching an initiative to stop opioid abuse and reduce drug demand. She also called a slow-down in growth in overdose deaths, which still accounted for the highest level of overdose deaths in the country, as its own type of victory.

"In President Trump's first year in office, overdose deaths grew by 10%, having grown by 22% the year before. So the rate of death increased at a rate less than half of what had increased just the year before," Conway said.

She also hailed opioid prescribing levels falling over 25% in the first year of the Trump administration's safer prescribing initiative .

As part of ongoing efforts outside the West Wing, the first lady and the White House Office of National Drug Control Policy have continued public awareness efforts at the White House related to the opioid crisis. Both Melania Trump and ONDCP Director Jim Carroll will address the summit on Wednesday.

Last week, the Department of Health and Human Services announced that the National Institutes of Health had selected four research sites for its HEALing Communities Study in states hardest hit by the opioid crisis. The goal of the multi-year, $350 million study, HHS said in a statement, is " to reduce overdose deaths by 40% over three years in selected communities by testing a set of proven prevention and treatment interventions, such as distribution of naloxone to reverse overdose and linking individuals in the criminal justice system with treatment for opioid addiction."

And at the Justice Department, Attorney General Bill Barr plans to move forward from delivering the Mueller report to Congress by focusing on matters he deems more pressing, including the opioid crisis, a source close to Barr told CNN.

While the full extent of Barr's efforts has yet to be revealed, he's signaled that he's interested in continuing efforts to seek federal prosecution against drug offenders and has touted the expansion of medicated assisted treatment made available through the First Step Act.

Most recently, the Drug Enforcement Administration has been pushing Congress to permanently ban all forms of illegally trafficked fentanyl. An emergency scheduling of the drug is set to expire in early 2020. Typically, Congress leaves scheduling processes to federal agencies or to the Justice Department to initiate a review process. The DEA claims these processes aren't designed to address an entire class of drugs, such as all of the fentanyl analogs in the illicit drug market. But critics say that granting DEA's wish of scheduling of an entire class may undermine other agencies', such as HHS', input in the schedule-making process.

Experts say the slight one-year decline, which Trump will likely bring up in his Atlanta speech, doesn't constitute a concrete trend yet.

And one point of concern for many public health advocates is continued access to addiction treatment provided through the Affordable Care Act , which Trump wants to strike down.

Regina LaBelle, a former chief of staff and senior policy adviser at ONDCP during the Obama administration, told CNN that though prescribing rates are going down, the White House should also be emphasize that individuals struggling with addiction still need access to medication-assisted treatment and some still need treatment to address their chronic pain.

"I'm a little concerned with hearing about, how, (they're) kind of patting themselves on the back for decreasing opioid prescribing rates," LaBelle, now at the O'Neill Institute for National and Global Health Law at Georgetown University, said. "It's too soon to declare victory. And we haven't seen two years of decreasing overdose rates so there's no trend yet."

Though the exact contents of the President's speech have yet to be revealed, Trump has frequently brought up his longtime project, a southern border wall, as a deterrent in drugs and overdose deaths in the US.

"The way that Trump has approached this, his single-minded approach to drug policy -- I'm sure he'll talk about this tomorrow -- is building a wall," Michael Collins, the director of National Affairs at the Drug Policy Alliance, a nonprofit aimed reducing drug harms, said. "There's nobody in the drug policy field or public health field or the border security field who'll say that building a wall will reduce overdose deaths. Nobody. You won't find a single person who'll say that.