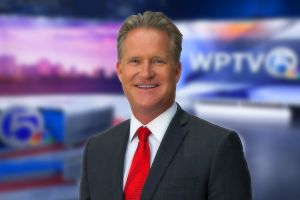 Work Experience:
Steve has been with NewsChannel 5 for almost 20 years, starting in 1998. Before that he worked for CTV and the Weather Service.

Steve holds the CBM Seal from the AMS, the highest seal awarded to television meteorologists. Career highlights include 2004 Hurricane Frances, where he talked South Floridians through the storm for almost 67 hours straight. Then later that month Hurricane Jeanne. A year later it was a direct hit with Hurricane Wilma. Also memorable was the 2003 tornado that tore through South Florida. Every June for almost two decades Steve has biked the 125 miles from Sebastian to Boca Raton for Steve’s Ride for the Red Cross. He also supports many other local charities and talks to tens of thousands of viewers each year about hurricane preparedness.