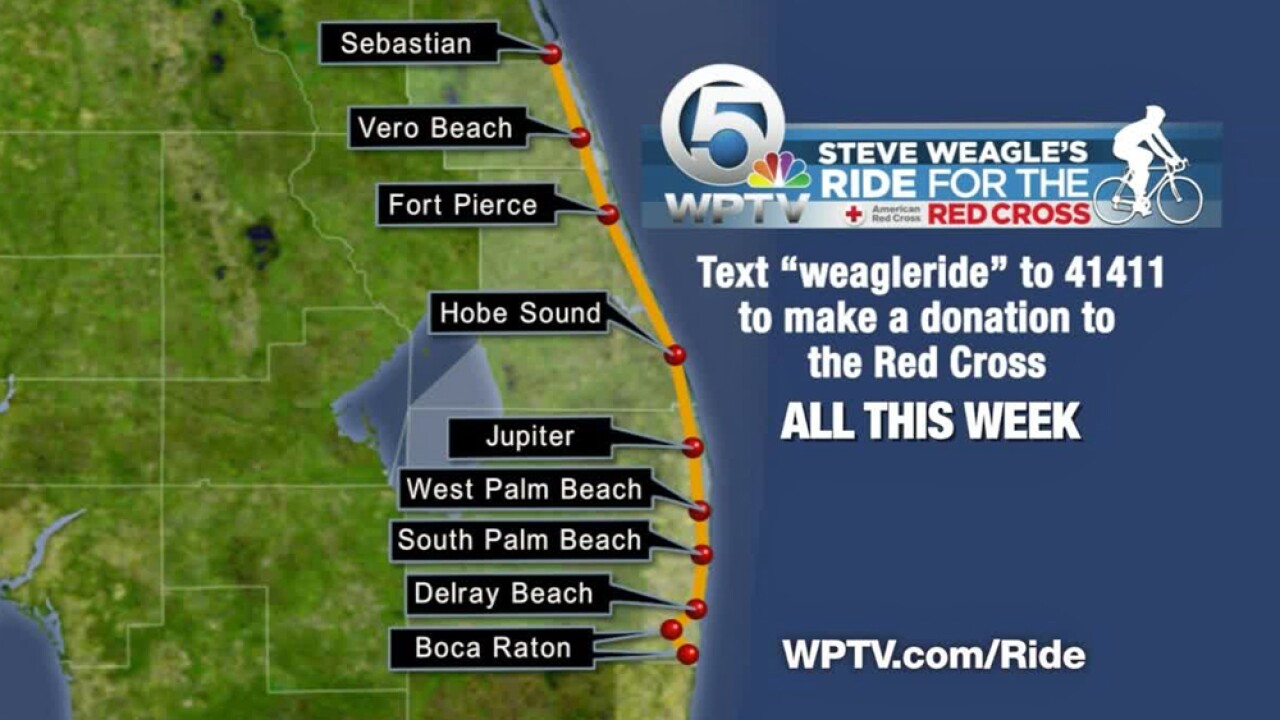 Congratulations to Chief Meteorologist Steve Weagle on his record-breaking Ride for the Red Cross.

For the 21st year, Steve spent five days riding a bicycle from Sebastian to Boca Raton to mark the beginning of hurricane season and raise awareness of the American Red Cross.

This was probably one of the hottest years for the ride with temperatures in the high 80s and low 90s every day, making for some difficult conditions for the 120-mile trek.

The ride involves all of the departments at WPTV, and Steve wanted to thank everyone for making this a success.

Click here to donate to Steve's Ride and the Red Cross.

You can also text "weagleride" to 41411 to make a donation to the Red Cross.

Below is a recap of his ride from northern Indian River County to southern Palm Beach County: