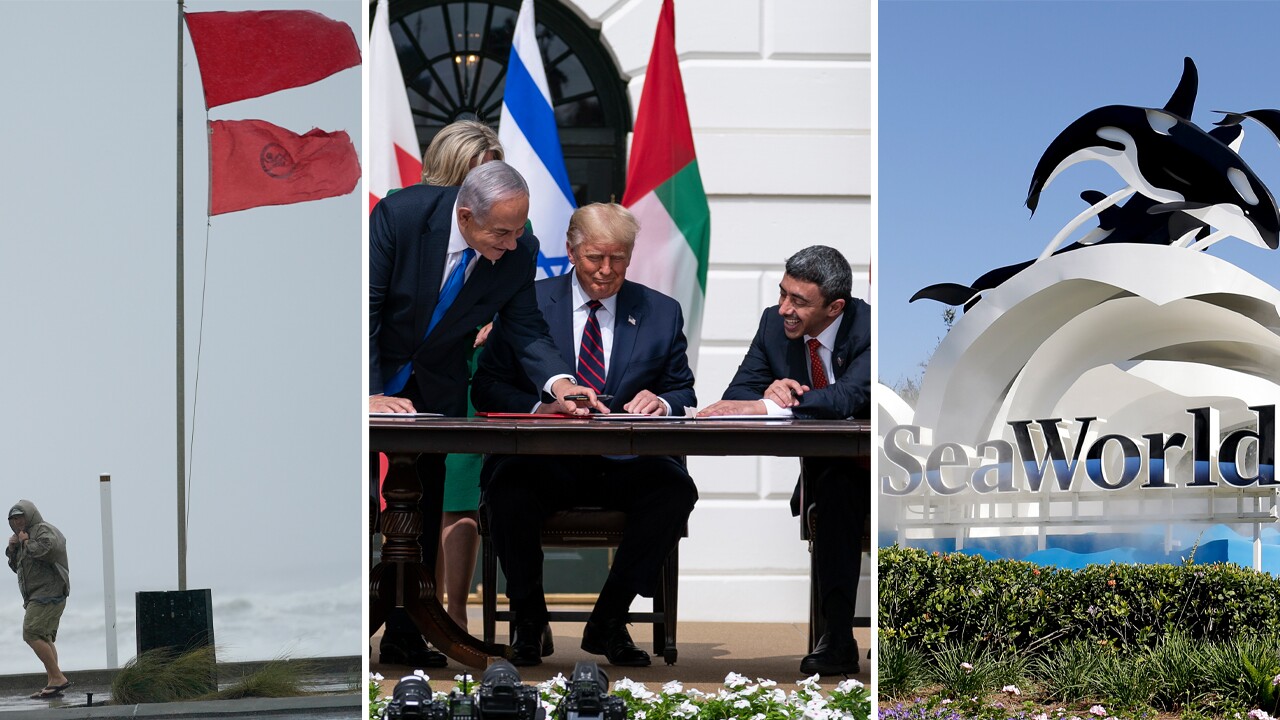 1. Sally expected to bring 'life-threatening' storm surge
If three is a crowd, it’s more than crowded in the Atlantic basin right now.

After briefly becoming a Category 2 storm on Monday, Hurricane Sally lumbered toward land at a painfully slow pace, threatening as much as 30 inches (76 centimeters) of rain and dangerous, historic flooding.

In addition to Hurricane Sally, we have Hurricanes Teddy and Paulette, Tropical Storm Vicky, and an area to watch that could become Tropical Storm Wilfred within the next week.

2. Townhall: Pres. Trump denies downplaying virus, casts doubt on mask usage
Face-to-face with everyday voters for the first time in months, Trump was defensive but resisted agitation as he was pressed on his administration’s response to the COVID-19 pandemic and why he doesn’t more aggressively promote the use of masks to reduce the spread of the disease.

“There are people that don’t think masks are good,” Trump said, though his own Centers for Disease Control and Prevention strongly urges their use.

Trump also denied downplaying the threat of the coronavirus earlier this year, although there is an audio recording of him stating he did just that.

The bilateral agreements formalize the normalization of Israel’s already thawing relations with the United Arab Emirates and Bahrain in line with their common opposition to Iran.

But the agreements do not address the decades-long conflict between Israel and the Palestinians, who view the pacts as a stab in the back from their fellow Arabs and a betrayal of their cause for a Palestinian state.

4. SeaWorld lays off nearly 1,900 employees
Tourism in Orlando isn't bouncing back nearly as quickly as the governor hoped sparking another round of layoffs.

SeaWorld has laid off nearly 1,900 furloughed employees at its three Orlando parks, according to a report.

The workers had been furloughed since the start of the COVID-19 pandemic. SeaWorld closed in mid-March and began its phased reopening in June, but attendance has been down.

Those same people, the campaign data guru said, also requested a Florida vote-by-mail ballot to their out-of-state address for the November election.

Contact 5 recently discovered Florida won't use ERIC, or the Electronic Registration Information Center, for the November election, even though Gov. Ron DeSantis spoke about joining it in August 2019. The nonprofit information center allows member states to crosscheck voter registration data with 30 other states.

Today's Forecast
Few showers this morning, but mostly dry over the next few days.

On This Day In History
On September 16, 1620, the Mayflower sails from Plymouth, England, bound for the New World with 102 passengers. The ship was headed for Virginia, where the colonists—half religious dissenters and half entrepreneurs—had been authorized to settle by the British crown.

However, stormy weather and navigational errors forced the Mayflower off course, and on November 21 the “Pilgrims” reached Massachusetts, where they founded the first permanent European settlement in New England in late December.