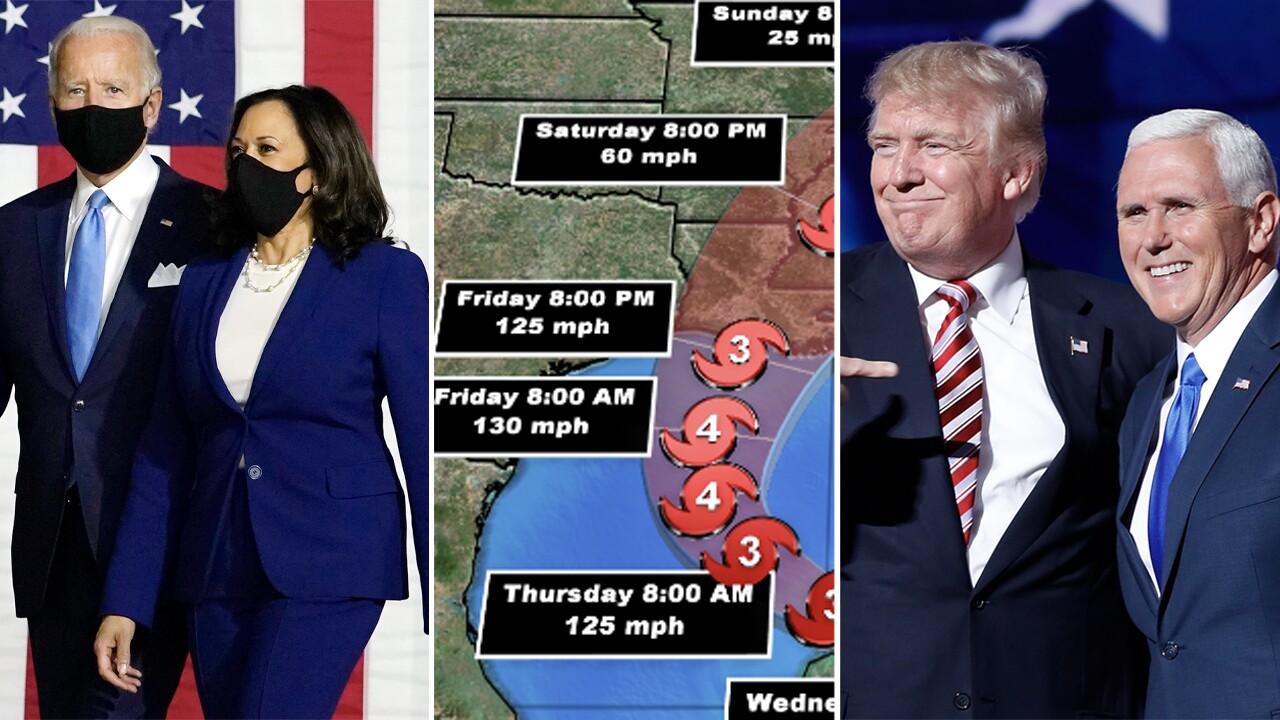 1. Vice Presidential Debate Tonight: Watch on WPTV at 9 p.m.
Vice President Mike Pence and Senator Kamala Harris will be tested for the coronavirus before their debate tonight. For the previous debate, the candidates were responsible for their own coronavirus testing.

With coronavirus cases spreading among White House staff, the Commission on Presidential Debates confirmed Monday evening that a Plexiglas partition will be used on stage during Wednesday’s vice presidential debate.

Only the candidates and moderator will be allowed to not wear a mask during the debate, also a change from last week’s presidential debate.

2. What about next week's presidential debate?
Joe Biden said Tuesday that he’s “looking forward to being able to debate,” but said “we’re going to have to follow very strict guidelines.”

Biden says he and President Trump “shouldn’t have a debate” as long as the president remains positive for the coronavirus. Biden's campaign says he tested negative for COVID-19 earlier Tuesday.

The next debate is scheduled for Oct. 15, with a third debate slated for Oct. 22.

Biden says no debate if Trump still has virus

3. What was that sound? The stock market dropping after reading Twitter
President Trump tweeted to lawmakers to stop negotiating the next stimulus bill until after the general election in November and instead focus on confirming his Supreme Court nomination.

The Dow swung more than 600 points following the announcement and closed down 1.3%, or 376 points.

Hours later, Trump tweeted that he wants Congress to do more.

If I am sent a Stand Alone Bill for Stimulus Checks ($1,200), they will go out to our great people IMMEDIATELY. I am ready to sign right now. Are you listening Nancy? @MarkMeadows @senatemajldr @kevinomccarthy @SpeakerPelosi @SenSchumer

Trump said he's halting negotiations for next stimulus bill, then he tweets he wants a bill

In the span of less than 24 hours, Delta strengthened from a tropical storm into a power category 4 hurricane with its sights set on the Yucatan Peninsula.

It will then move into the Gulf of Mexico sometime this afternoon . By Friday, it will approach LA, TX, MS coastline with winds up to 125 MPH.

On This Day In History
On October 7, 1975, a New York State Supreme Court judge reverses a deportation order for John Lennon, allowing him to remain legally in his adoptive home of New York City.