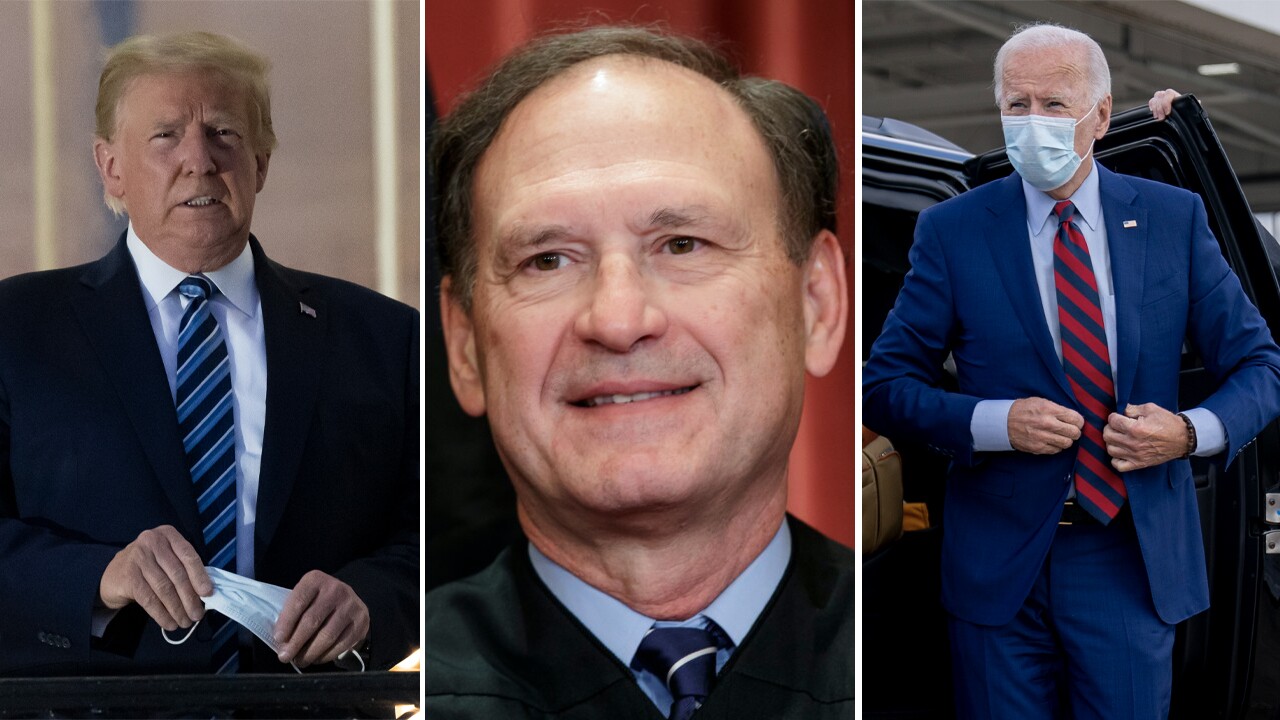 1. Pres. Trump returns to the White House without a mask
Though he has not completely recovered from the coronavirus, President Donald Trump left Walter Reed Medical Center Monday evening.

The walk up the stairs seems to leave the president short of breath as he took his mask off before entering the White House, despite aides and assistants clearly inside the White House.

According to experts, the president would likely still be contagious for up to 10 days following the onset of coronavirus symptoms.

Pres. Trump returns to the White House without a mask

2. What's Biden up to? He's in Miami, but it's no vacation
Democratic presidential nominee Joe Biden made a swing through South Florida on Monday that culminated with an NBC town hall in Miami.

During the hourlong event, Biden took questions from the all-important undecided Florida voters.

Biden said Monday he is willing to go forward with an in-person debate later this month "if scientists say it’s safe," even after President Donald Trump was diagnosed with COVID-19.

3. What's not surprising? Another Florida govt. website goes down as people need it
Florida's online voter registration page went down Monday night, the last night to register to vote.

The Florida Secretary of State Laurel Lee said on social media the error was due to high capacity and that state leaders made some last-second adjustments to Florida's online voter registration page after some users had problems.

There were lines and crowds in Palm Beach County for people to register to vote.

4. How are the more local elections going? Mast and Keith debate
U.S. Rep. Brian Mast, the Republican incumbent in Florida's Congressional District 18, faced off against Democratic challenger Pam Keith in an hourlong live debate on WPTV.

The candidates discussed a variety of topics, including health care, the environment and coronavirus.

Mast's Facebook comments where he joked about rape and referenced sex with 15-year-old girls to a friend resurfaced.

"All I can do is apologize for anything stupid that I've ever said in my past," Mast said Monday.

Thomas and Alito were among the four justices who voted against legalizing same-sex marriage five years ago, arguing that it should have been left to the states to the decide.

This comes weeks after the death of liberal justice Ruth Bader Gisnburg. President Donald Trump and his fellow Republicans are working hard to appoint Judge Amy Coney Barrett to that seat, which would give conservatives a 6-3 majority.

On This Day In History
On October 6, 1926, Yankee slugger Babe Ruth hits a record three homers against the St. Louis Cardinals in the fourth game of the World Series.