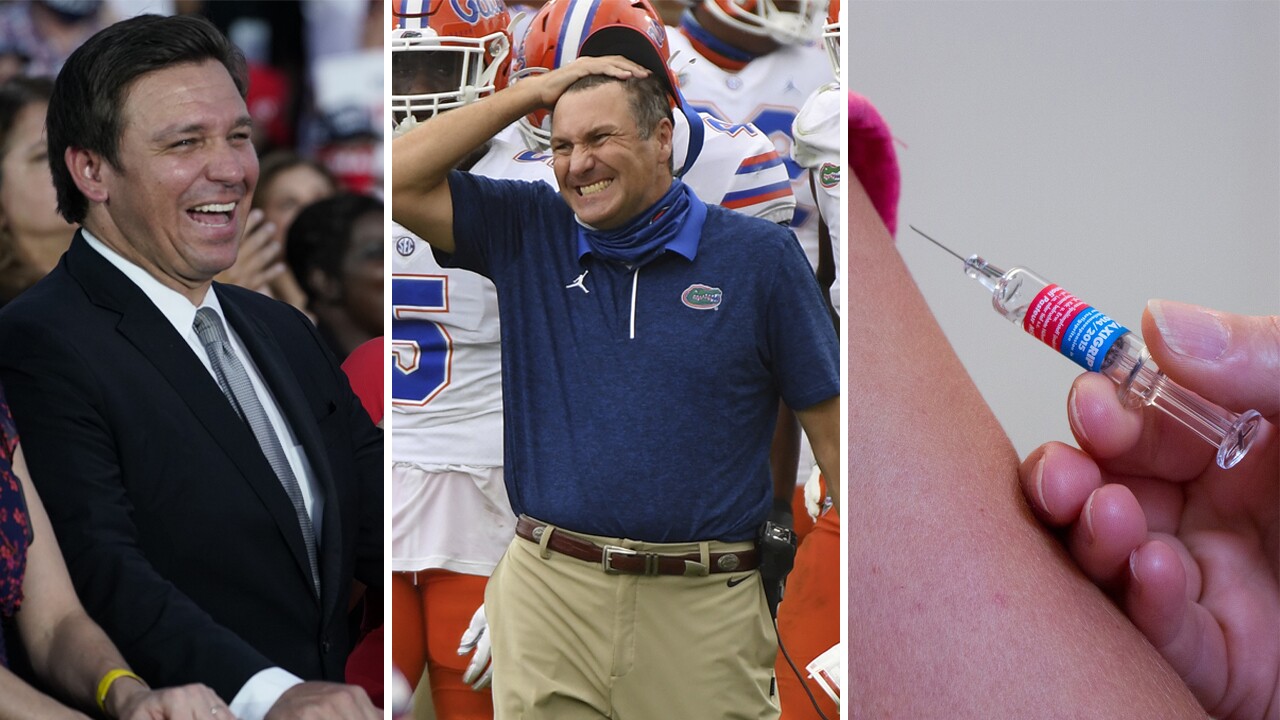 1. The election has already begun in South Florida and the Treasure Coast
Early voting may not begin until Monday, but mail-in ballots are already streaming in.

The almost 150,000 ballots will begin to counted this morning in Palm Beach County. Indian River County began counting their 21,000-plus mail-in ballots yesterday.

More than 450,000 mail-in ballots have been requested for the general election in Palm Beach County. The supervisor says that’s one of the highest numbers in the state.

Yesterday, Trump attended a rally in Sanford, Florida before thousands of supporters who were standing shoulder to shoulder, mostly without masks. Florida Gov. Ron DeSantis ran through the crowd high-fiving without a mask.

Today, Democratic presidential nominee Joe Biden will be back in South Florida on Tuesday with two planned stops in Broward County.

Sunshine State back in election spotlight

3. Treasure Coast veteran's case to be heard by Supreme Court today
When Port St. Lucie resident Harmony Allen reported her rape while serving in the military, she kept Master Sgt. Richard Collins name a secret for more than 10 years, but by 2014, Allen named him as her attacker.

In 2017, Collins was convicted of rape, battery, and assault. He was sentenced to 16 1/2 years in prison, but released after serving just two years because of a statute of limitations appeal.

4. Pack the Swamp? That's what Dan Mullen wants after surprising loss
Shortly after then-No. 21 Texas A&M beat the fourth-ranked Gators 41-38 on Saturday, Florida's third-year head coach said he felt the crowd at Kyle Stadium played a factor in the upset.

Then he said he hoped the university would allow a capacity crowd at "The Swamp" for this Saturday's game against defending national champion LSU.

But University of Florida President Kent Fuchs announced Sunday that the school "remains fully and firmly committed" to following Centers for Disease Control and Prevention guidelines throughout campus to prevent the spread of the coronavirus.

5. Is a vaccine on the way? Johnson & Johnson pauses trials
Johnson & Johnson announced it has paused its coronavirus vaccine trials on Monday following an “unexplained illness” among one of its participants.

Johnson & Johnson stressed that adverse events during trials are expected, and a pause gives researchers an opportunity to review all of the medical information before moving forward with the trial.

The FDA noted that vaccine candidates should include a median follow-up duration of at least two months after completion of the full vaccination regimen to help provide adequate information to assess a vaccine’s risk-benefit.

Today's Forecast
Less humidity will make it feel not as hot today.

On This Day In History
On October 13, 2010, the last of 33 miners trapped nearly half a mile underground for more than two months at a caved-in mine in northern Chile, are rescued. The miners survived longer than anyone else trapped underground in recorded history.