More than 170,000 ballots have already been returned 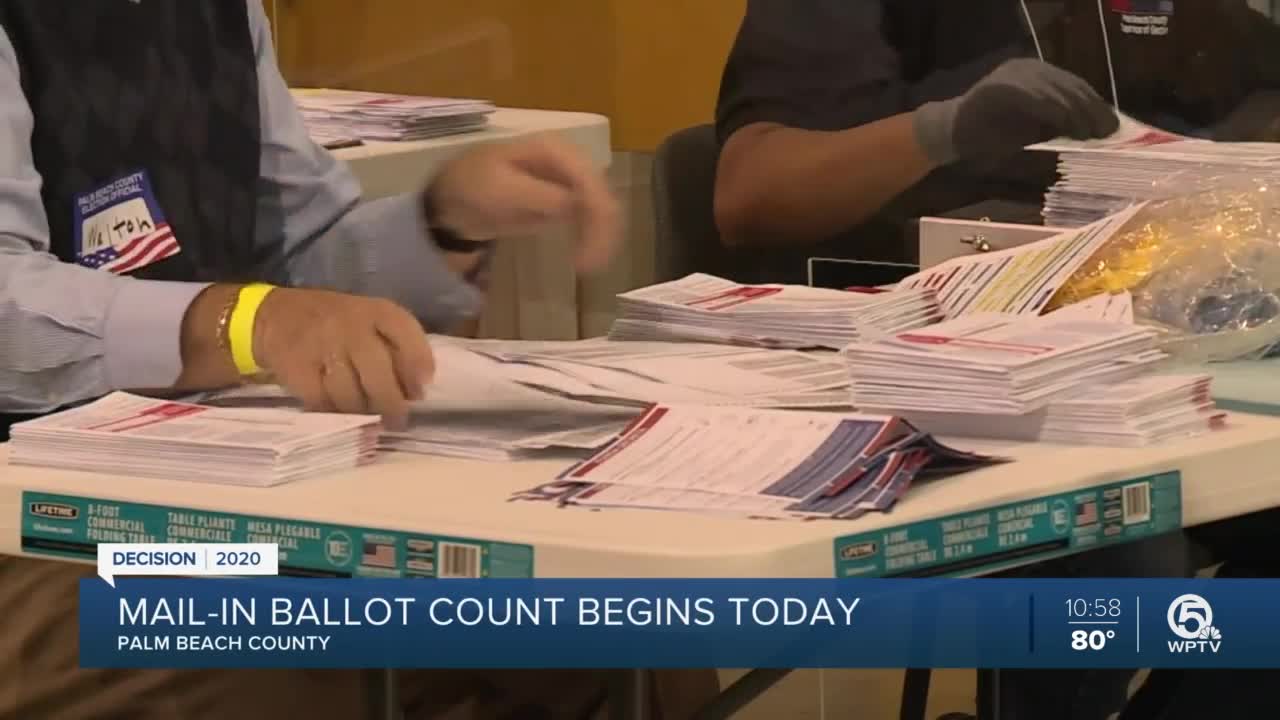 Palm Beach County election workers began counting mail-in ballots on Tuesday that have already been returned ahead of the Nov. 3 general election. 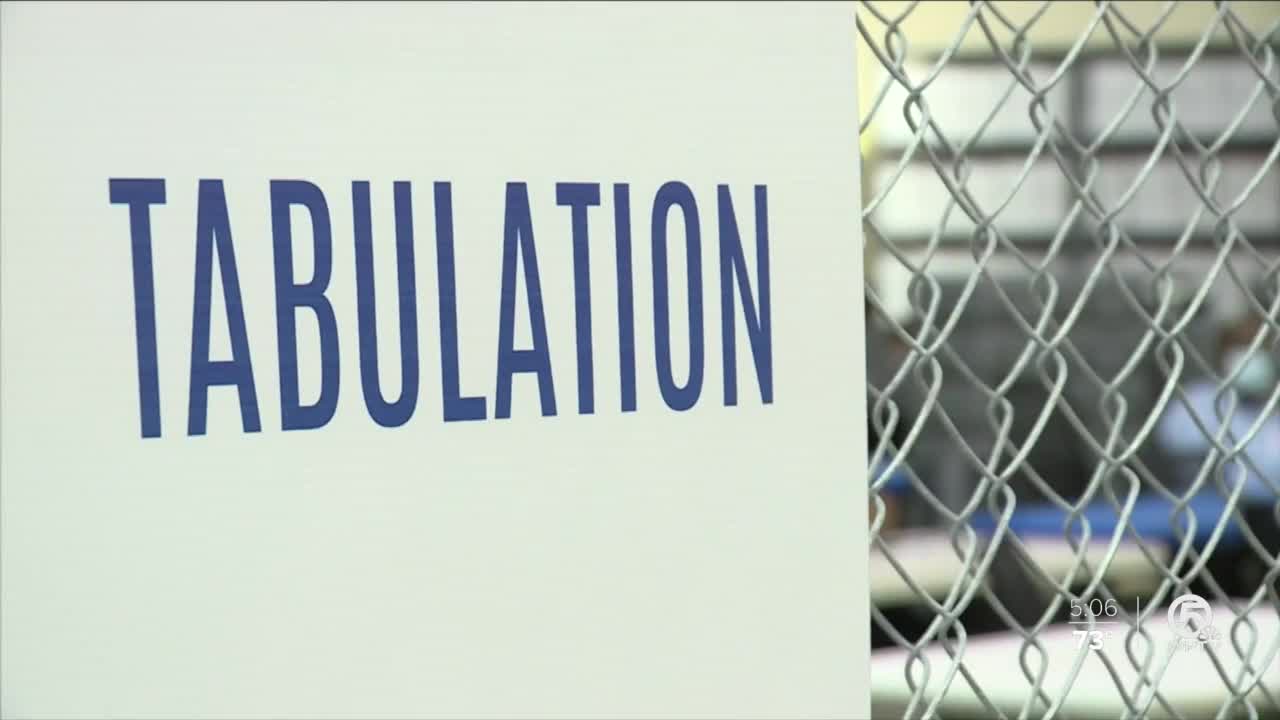 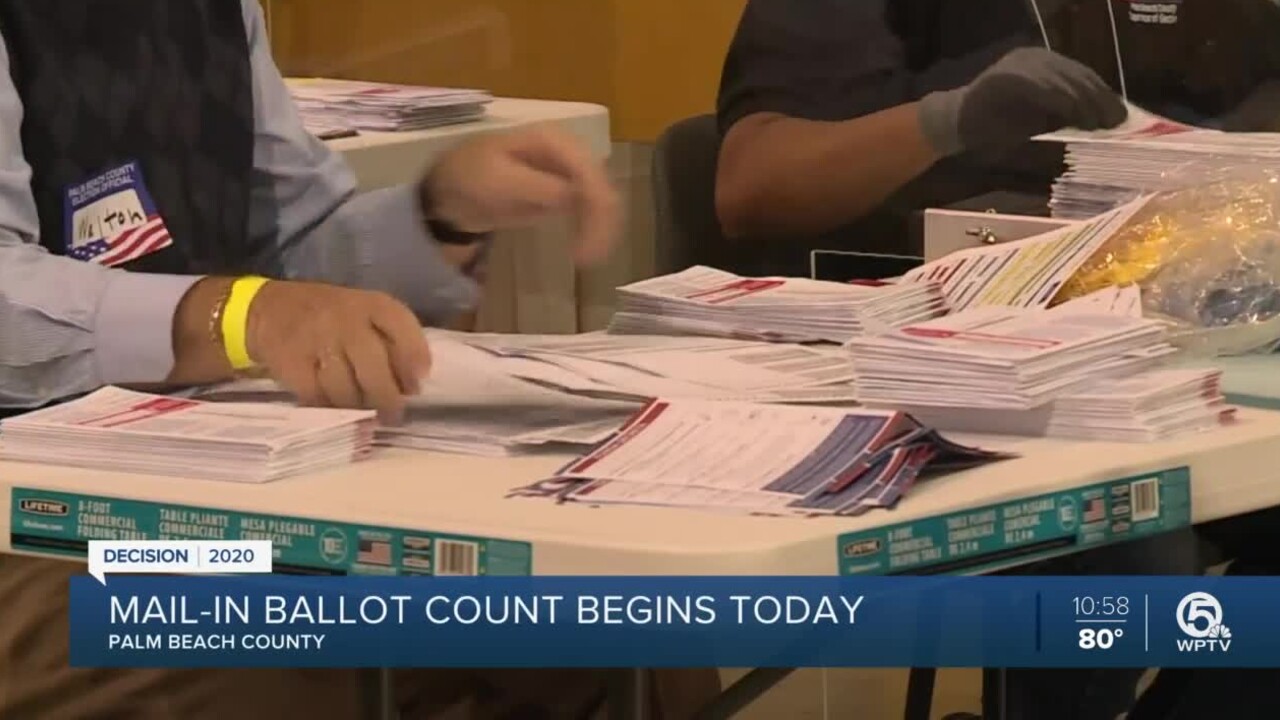 As of Tuesday morning, Palm Beach County Supervisor of Elections Wendy Sartory Link said they had received about 170,000 mail-in ballots, which she called a record turnout for this point in the election season.

"Right now, they are taking the ballots out of the envelopes, separating them from the secrecy sleeves, and putting them in the A card and B card stacks because it’s a two page ballot," Sartory Link said.

While they are tabulating the mail-in votes, the results are not known until Election Day.

"We don’t see the tallies, we aren’t able to tell who is winning at any given point," Sartory Link said. "What we’re able to tell is how many ballots we’ve counted. So all we’re doing is getting them open, when they go over to tabulations they are running them through tabulation, they are tabulating those results inside the machine but we don’t see them."

Sartory Link said she expects they will be continuing to open ballots every day, and tabulating three to four days a week.

When you walk into the tabulation center, you'll immediately notice the red, white, and blue decorations.

"We are trying to celebrate elections. We know there are heated emotions on both sides for people choosing their candidate or issue and we respect that and that’s part of the process but inside here, we don’t focus on that," Sartory Link said. "What we focus on is the process and we want to make sure we are celebrating elections and it’s pretty awesome that we can do this in our country."

The process of opening, duplicating, and tabulating the vote-by-mail ballots that have already been returned is in accordance with Florida Statute 101.68 and Executive Order 20-149.

It follows a successful run through with the election equipment Friday. The logic and accuracy testing ensures the machines are county and recording votes properly.

Election workers tested the tabulation machines as well as those that will be out at the polls for early voting and on Election Day. The Supervisor of Elections Office has $15 million worth of new equipment.

Early voting in Palm Beach County begins Monday. At that time, voters can turn in their mail-in ballots at any of the 18 county early voting sites.

To check the status of a mail-in ballot, click here.