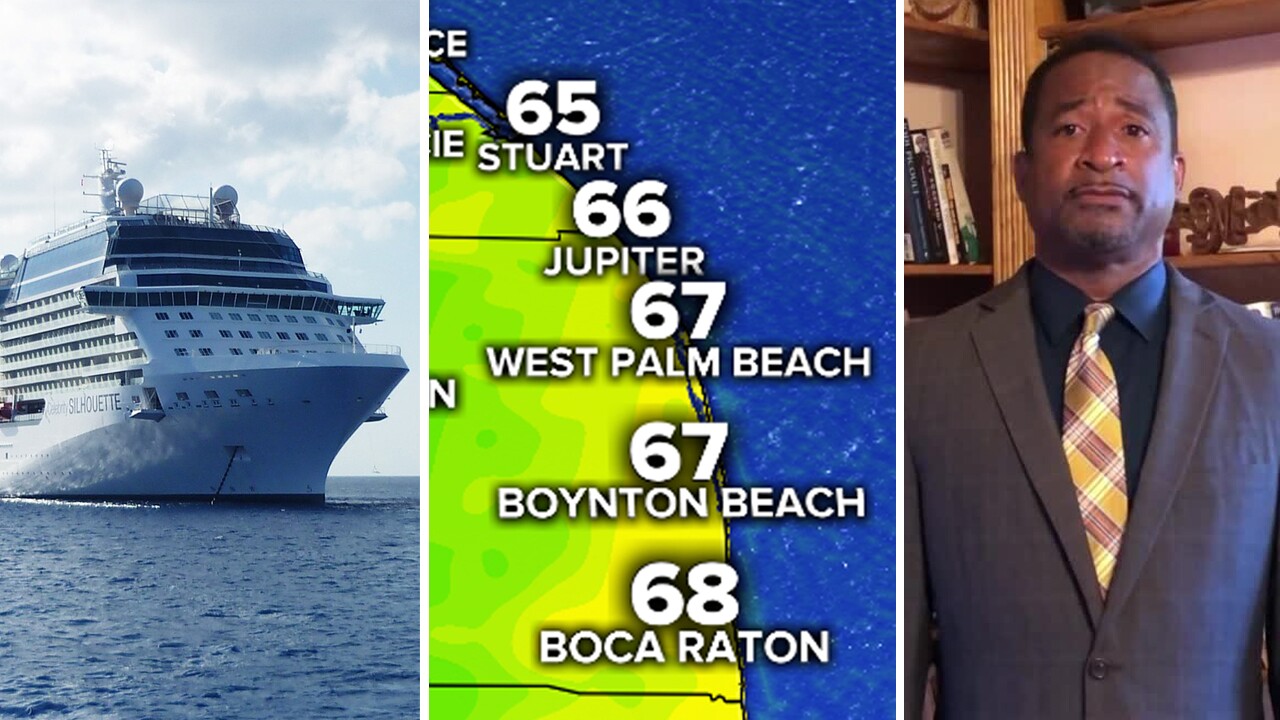 1. The moment you've been waiting for: Election Day is tomorrow
There are 14 million registered voters in Florida and more than 8.5 million have already cast their ballot. That's essentially two out of three.

Of the more than 6 million vote-by-mail ballots requested, more than 4.5 million have already been returned. In Palm Beach County, 372,000 people have voted by mail and nearly 237,000 have voted early.

If you haven’t voted yet — your last chance will be tomorrow on Election Day.

Last month, the school board took a judge’s recommendation and voted 4-3 to reinstate William Latson with the School District of Palm Beach County, though he is not in a school-based position.

Now, the school board may rethink that decision after it created outrage in the community. On Monday, the board is expected to vote on whether to rescind the vote that reinstated Latson.

3. Ready to sail away? You'll have to wait for the cruises to get up to code
Federal health officials on Friday issued new rules that will enable large cruise ships to start sailing again in U.S. waters, though not immediately.

Among the requirements spelled out by the Centers for Disease Control and Prevention: Ship owners must test all passengers and crew at the start and end of all voyages, which are limited to seven days.

The new guidelines effectively bring the no-sail order to an end.

The new guidelines effectively bring the no-sail order to an end.

The family said the first time it happened several months ago, they believe because of a Black Lives Matter sign that was defaced. The racial slurs spray-painted on their fence have continued.

The family said they have reported every incident to law enforcement, although no one has been caught.

5. There's more election news by the moment so here's some bullet points:

On This Day In History
On November 2, 2000, the first residential crew arrives aboard the International Space Station. The arrival of Expedition 1 marked the beginning of a new era of international cooperation in space and of the longest continuous human habitation in low Earth orbit, which continues to this day.