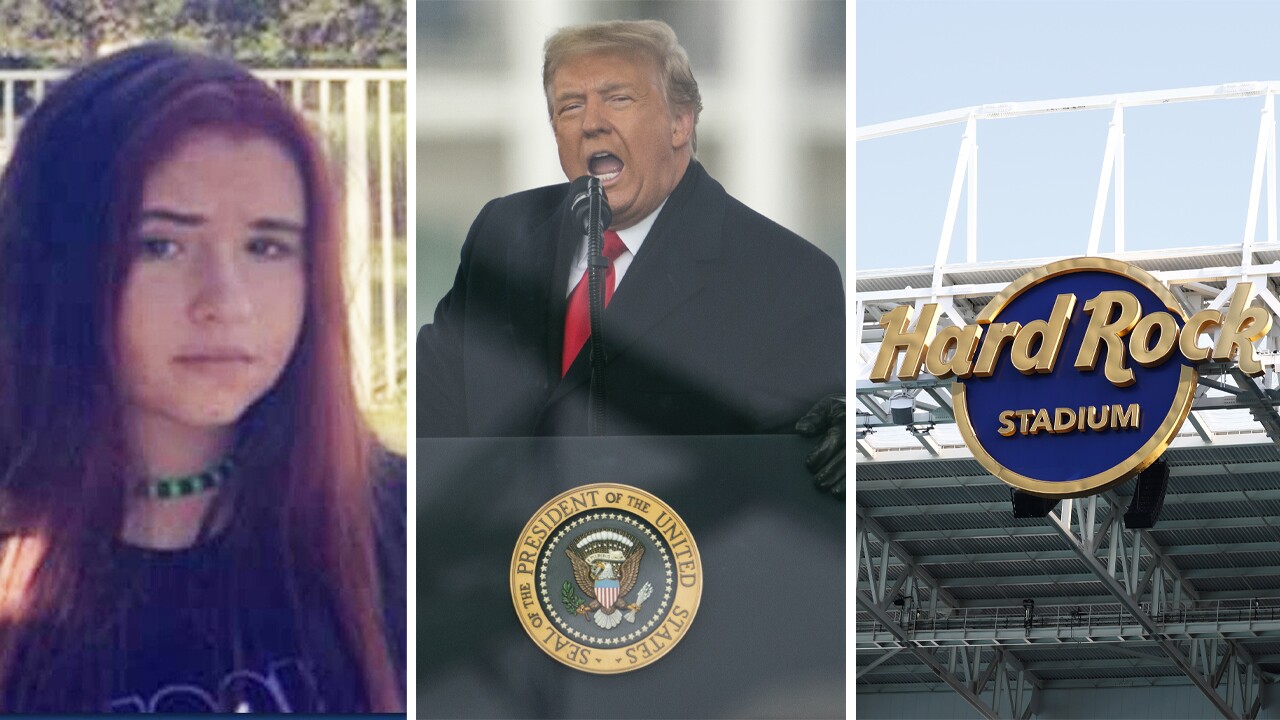 1. January looking to be deadliest month of the pandemic
Florida's coronavirus cases increased by 12,313 on Sunday, the smallest gain in six days. Deaths rose by 108 and the state's daily first-time positivity rate was 10.42 percent.

At this rate, more people could die from COVID-19 in January than any other month of this pandemic.

January looking to be deadliest of the pandemic

The coronavirus testing site at Hard Rock Stadium will be closed Monday to accommodate the game between top-ranked Alabama and No. 3 Ohio State.

3. Pelosi: House to impeach Trump or remove him via 25th Amendment this week
Speaker Nancy Pelosi says Majority Leader Hoyer will request unanimous consent to bring up the Raskin resolution, which calls on Vice President Mike Pence to convene and mobilize the Cabinet to activate the 25th Amendment to declare Trump incapable of executing the duties of his office.

Pelosi added that the House is calling on Pence to respond within 24 hours. Next, Pelosi says the House will “proceed” with bringing impeachment legislation to the flood.

Trump has less than two weeks left in office before President-elect Joe Biden is sworn in to take his place, but many Democrats and a growing number of Republicans say they want him out before then. Those lawmakers believe Trump played a large role in the assault on the U.S. Captiol which left at least five people dead, including a police officer who suffered injuries from the pro-Trump protesters.

4. What do the Republicans think?
Pennsylvania Sen. Pat Toomey on Sunday joined Alaska Sen. Lisa Murkowski in calling for Trump to "resign and go away as soon as possible" after a violent mob of his supporters broke into the Capitol.

Nebraska Sen. Ben Sasse said he would take a look at any articles that the House sends over. Illinois Rep. Adam Kinzinger, a frequent Trump critic, said he will "vote the right way" if the matter is put in front of him.

Republican and former California Gov. Arnold Schwarzenegger is calling Trump a failed leader who “will go down in history as the worst president ever.”

Sen. Marco Rubio, R-Fla., said that instead of coming together, Democrats want to "talk about ridiculous things like `Let's impeach a president' who isn't even going to be in office in about nine days."

Republicans and Democrats discuss the assault on the Capitol, Trump, Biden and more

She was last seen wearing grayish black sweatpants and a black hooded sweatshirt with white Air Force One shoes.

Today's Forecast
Warming up the first half of the week:

On This Day In History
On January 11, 1973, the owners of America’s 24 major league baseball teams vote to allow teams in the American League (AL) to use a “designated pinch-hitter” that could bat for the pitcher, while still allowing the pitcher to stay in the game.