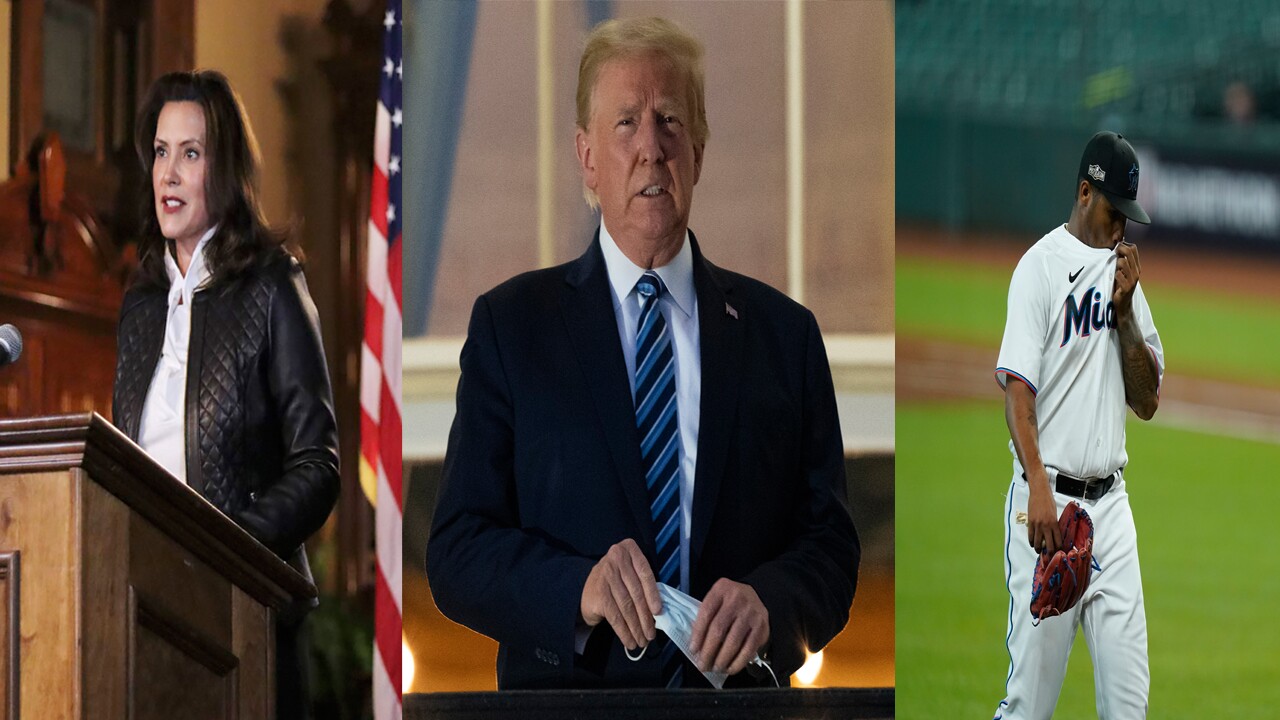 A few days after being released from the hospital to be treated for his COVID-19 diagnosis, the president is ready to take his campaign on the road. His first stop? Florida, naturally, perhaps as early as this weekend.

This comes after Trump said he wouldn't participate in a virtual debate with Democratic nominee Joe Biden.

2. Michigan governor's kidnapping plot foiled.
Speaking of Trump, some Democrats are pointing the finger at him for an alleged plot by 13 men to kidnap Michigan Gov. Gretchen Whitmer.

"There is a throughline from President Trump's dog whistles and tolerance of hate, vengeance, and lawlessness to plots such as this one," Biden said in a statement. "He is giving oxygen to the bigotry and hate we see on the march in our country."

The Democratic governor seemed to agree.

"When our leaders speak, their words matter," Whitmer said. "They carry weight."

3. Moving political signs? Watch out for booby traps.
Staying in the state of Michigan, a county employee there was injured while removing a political sign that was incorrectly placed in the road right-of-way.

It seems someone anticipated that very move, attaching razor blades to the bottom of the sign.

4. Shoo, fly, don't bother me.
By now you know all about the fly that stole the show at Wednesday night's vice presidential debate.

But did you know that the Biden camp capitalized on the moment, selling "Truth Over Flies" swatters on the Internet?

Well, if you wanted to buy one, you're out of luck. These novelty items are all sold out.

5. Fish out of water.
It was fun while it lasted.

The Miami Marlins, reaching the playoffs for the first time since winning the World Series in 2003, obviously overachieved during this abnormal season. Not only did they make it to the playoffs, but they actually won the wild-card round and advanced to the National League Division Series to take on a familiar foes.

Alas, it wasn't meant to be, Marlins fans. They were swept by the Atlanta Braves. Bummer.

Today's Forecast
It's going to be another warm day in South Florida. So what else is new?

On This Day In History
John Lennon, who went on to achieve worldwide fame as a member of the Beatles and a propagator of peace, was born on this day in 1940 in Liverpool, England. Lennon, who would have turned 80 today, was fatally shot in December 1980 by crazed fan Mark David Chapman outside the musician's New York City apartment building.