You can now buy a $7,650 desk that lets you work horizontally 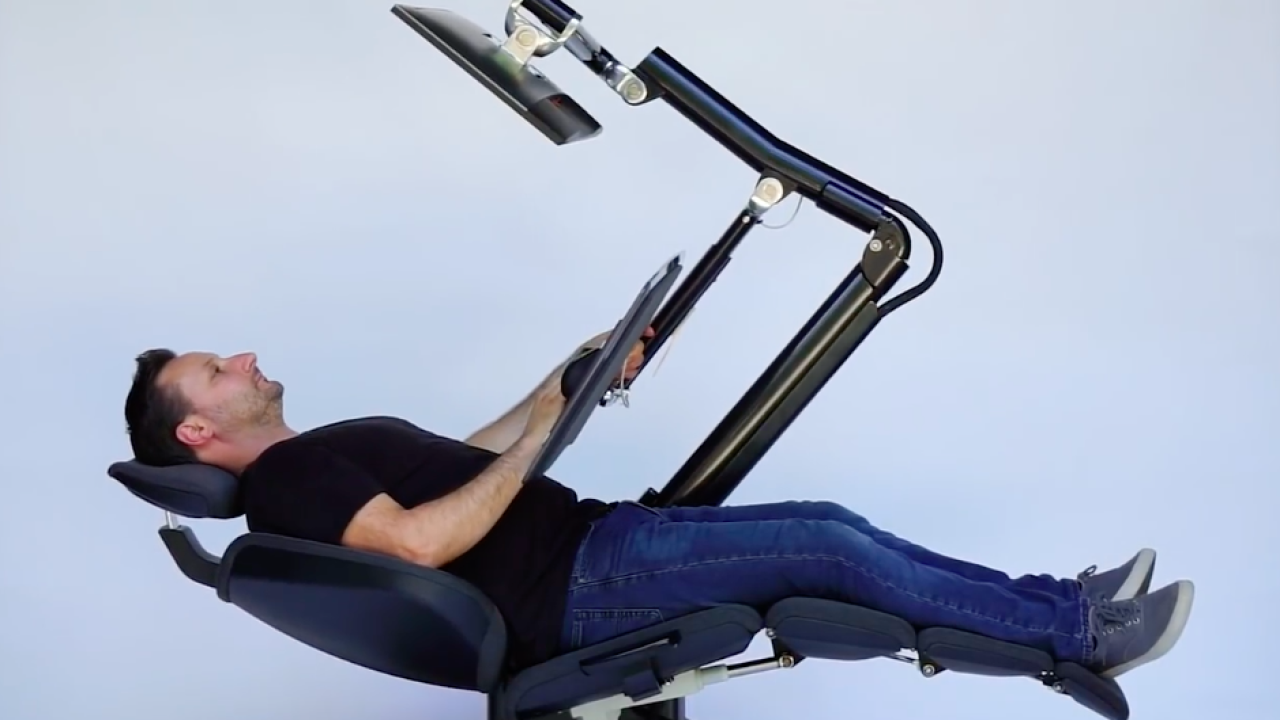 Remember when standing desks were the hottest new thing? We must be due for a backlash against working too hard because, apparently, there’s now a laying-down desk.

A company called Altwork now offers a desk-and-chair workstation that’s fully reclinable. You can sit upright in a traditional posture, lay almost totally flat, or anything in between — the desk portion adjusts automatically so you can view your computer screen and type on your keyboard from any position.

As Parents magazine notes, the contraption strongly resembles a dentist’s chair. Its major components are totally movable, though, in order to create a custom fit.  Once everything’s in place, it all moves together at the touch of a button.

No more dropping your mouse or constantly adjusting your keyboard. If your accessories are magnetic, they'll stay on your desk! (magnet kit supplied) #ergonomics #productivity #tech #thenewwaytowork #Altwork

The Altwork is dubbed a  “zero gravity” desk because of its ergonomic design. Being maximally comfortable will translate to more productive workdays, according to the company.

“We know a workstation won’t put a human on Mars, stop climate change or cure cancer — but it’s our hope that we can provide a tool that will help the people accomplishing world-changing feats to get there faster by making them more productive, comfortable and healthy in their work,” reads the Altwork website.

Watch the video below to see how the Altwork station smoothly moves through its various positions:

Pretty snazzy, right? I do most of my writing work planted on the couch with a 3-year-old crawling all over me, so this looks downright heavenly.

Then there’s the matter of the price: $7,650 for the “Signature” Altwork station.

There’s an extra monitor mount available for $295, and a rollaway side table for drinks and papers and things that rings up at $880.

If you have a medical issue that could be improved by the Altwork station, there’s good news. The company works with insurance companies and worker’s compensation claimants to get coverage for the Altwork station. Payment plans are available as well.

So if you’re excited to go “full space-nerd mode,” as a writer for Mashable put it, there are options!

As for me, I’m probably stuck on the couch with the 3-year-old for a little while longer.