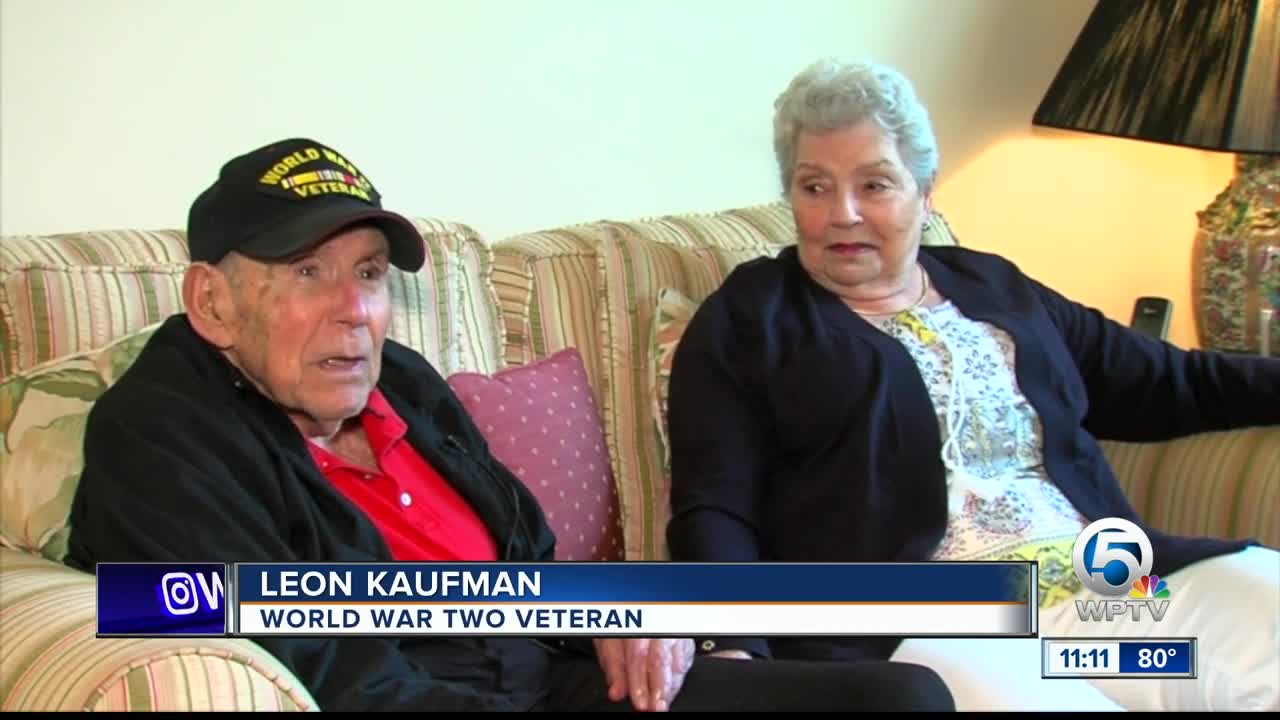 WELLINGTON, Fla. — As the American flag waved in the wind on Memorial Day, Leon Kaufman reflected on his storied past, and his service in World War II.

“We spent many days out in the middle of the ocean giving weather reports to the bombers going overseas,” said Kaufman, as he looked at an old picture of himself in uniform.

Kaufman is part of the Greatest Generation. He enlisted at 18, and served on board the USS Lorain with the United States Navy.

At 92-years-old, he remembers the terrors and triumphs, but he says his greatest achievement is his wife, Grace, and their 65 years of marriage.

“She made a wonderful life for me. It’s the best thing I ever did,” Kaufman said.

The couple met on a blind date in New York, but you could say it didn’t go very well.

“I was angry at her. I’m a short man, not a tall man, and she didn’t have high heels on and I didn’t find that too attractive,” Kaufman recalled.

But he didn’t give up, and Grace eventually said “I do” in 1954. Leon was a musician then opened his own interior design business.

Leon and Grace had children, and when Grace pursed a degree, Leon tuned into Mr. Mom.

“I could never have gone to school, I could never have finished and gotten a Masters without him taking care of the kids,” said Grace Kaufman. “When we were first married he was the bread winner. We took turns with almost everything that we did.”

Today, the long-time lovebirds are living at The Addington at Wellington Green. Their relentless commitment has taken work, but Leon has a secret ingredient.

“Selective hearing, you see these hearing aids … they go on and off!” joked Kaufman, who added the real core of their successful relationship is patience and work.

“Make time for each other to grow because you’re not going to agree on everything,” said Grace Kaufman.

“I learned that I have to live longer than most people of my generation so that I can spend more time with her,” Kaufman said. “When you catch the right one, don’t let it go."