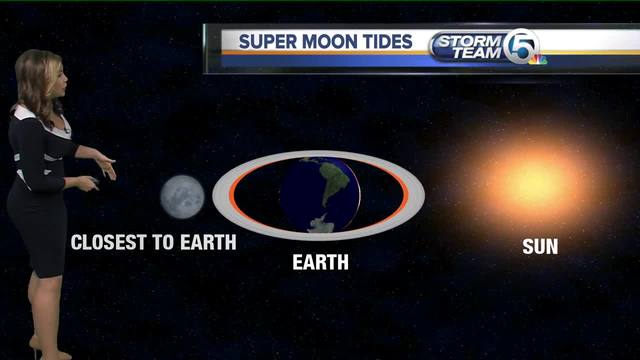 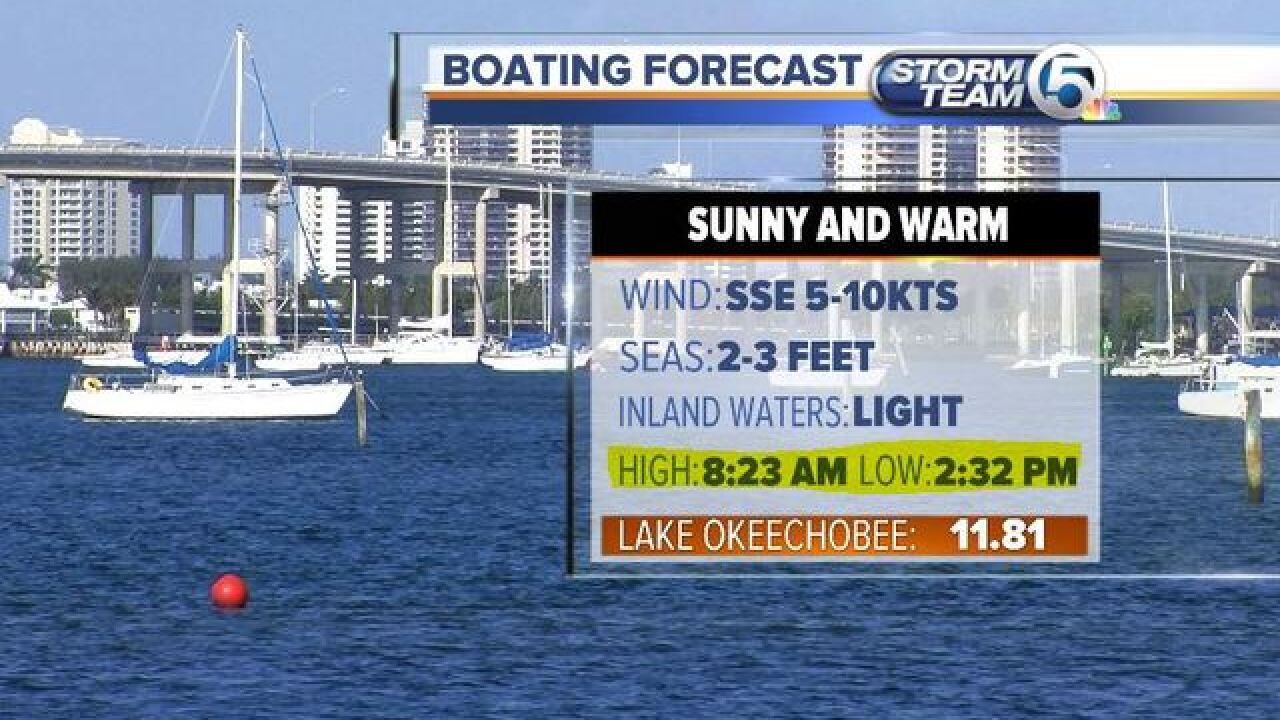 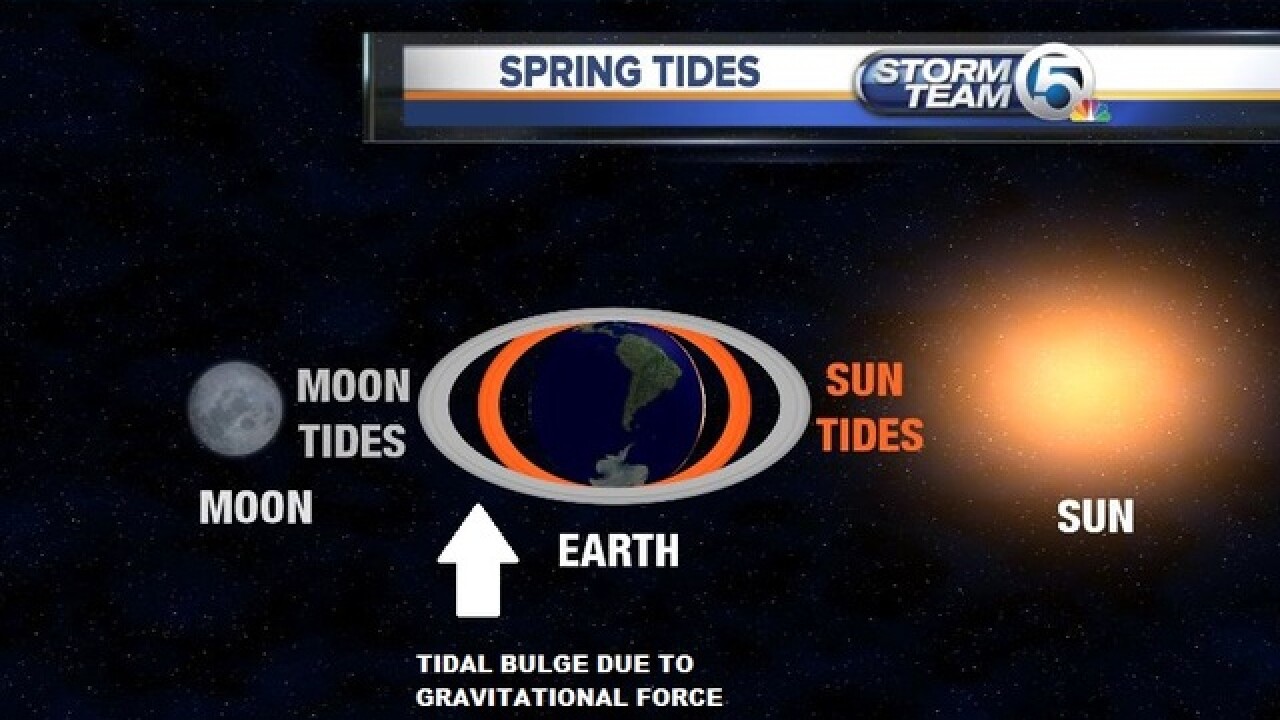 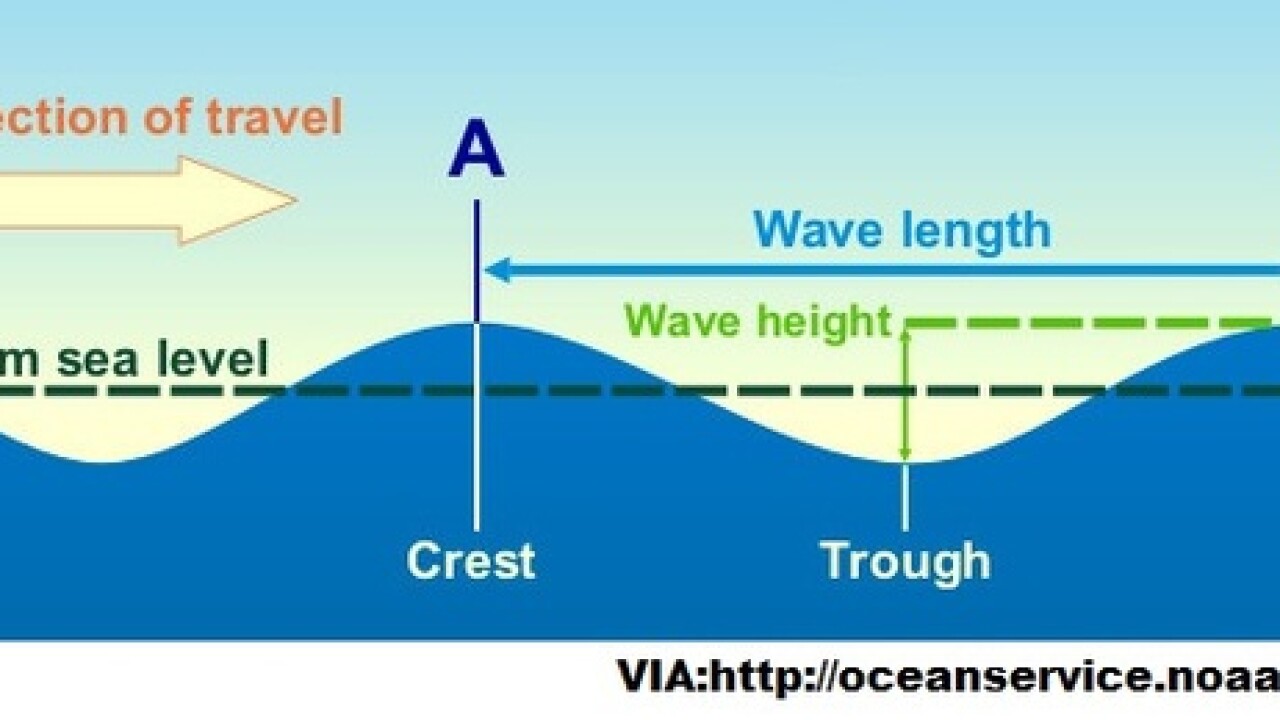 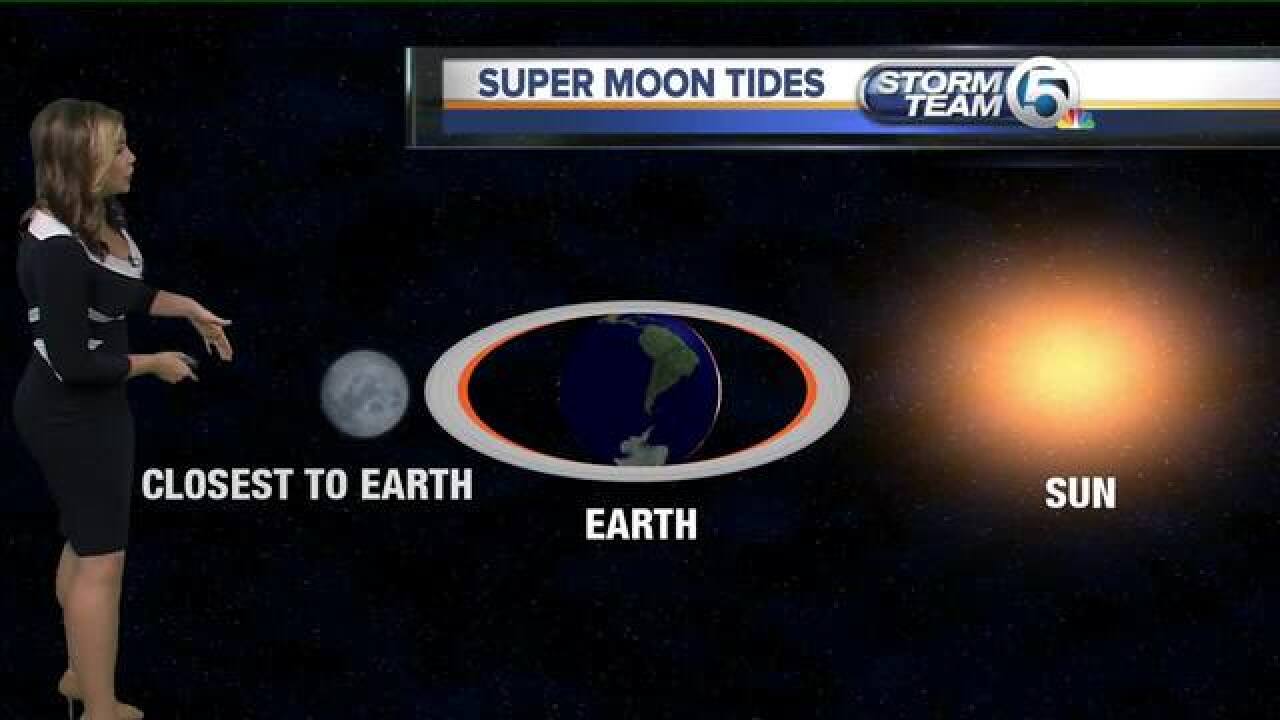 Tides are something we regularly keep an eye on living in a coastal city. Timing of high and low tides can greatly affect boaters and low lying areas along the coast.

A tide refers to the regular rising and falling of ocean levels along the coast. In general, simple terms...a tide can be seen as an expansive wave coming in from the depths of the ocean toward the coast and then retreating. High tide occurs when the crest reaches shore, low tide coincides with the trough of the wave.

Tides are caused, mostly, by the gravitational forces exerted on Earth from the sun and the moon. The moon, because it's closer to Earth, more strongly affects the tides than the sun. This is why during a super moon, when the moon is closest to Earth, we see higher high tides and lower low tides.

Spring tides occur when the Earth, moon and sun are in alignment. This causes more of a gravitational pull on Earth's oceans and creates very high, high tides and extremely low, low tides. Neap tides are the weakest tides and occur when the sun and moon are perpendicular to one another with respect to the Earth.

Tides are one of the most reliable and regularly occurring earthly phenomenon, for most places two high tides and two low tides occur roughly every 25 hours.