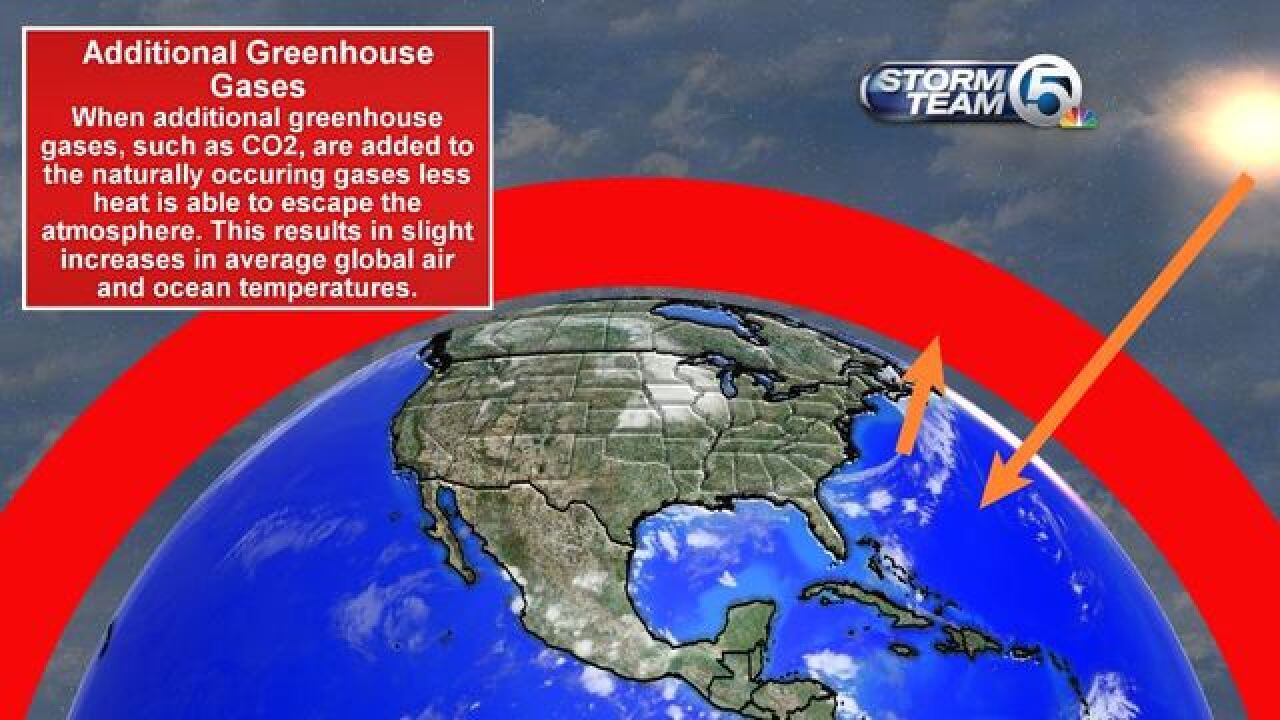 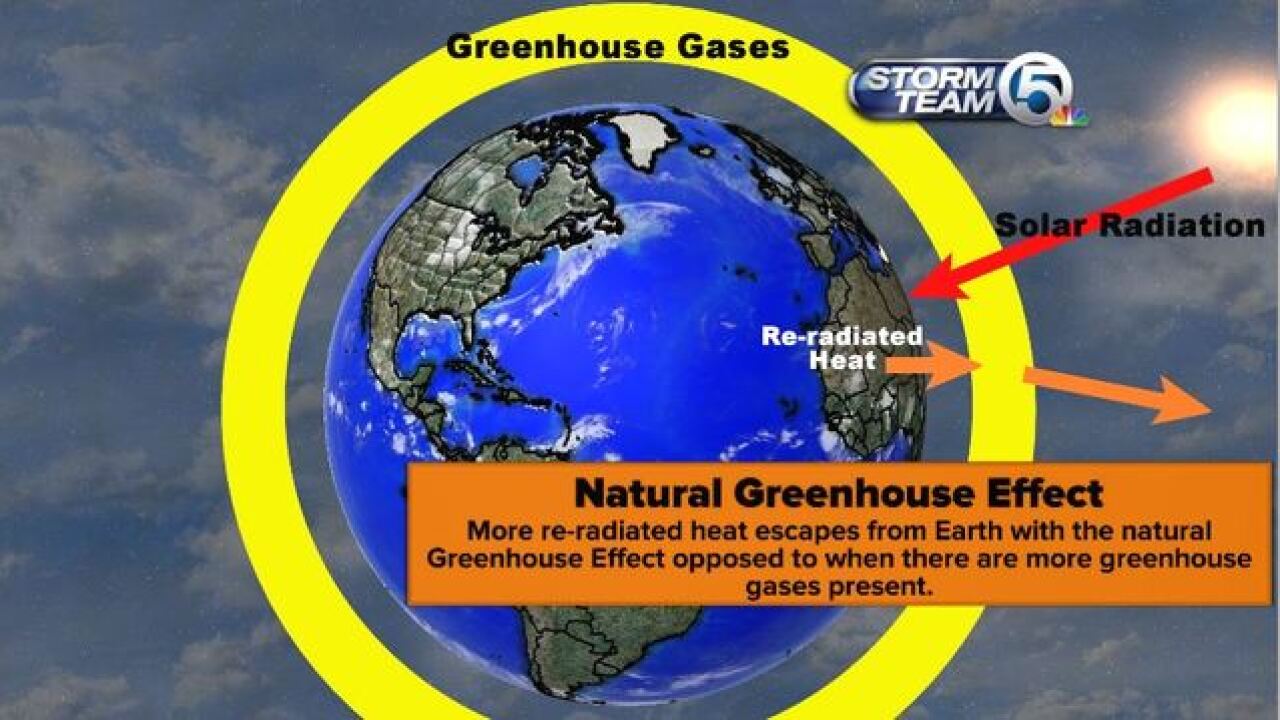 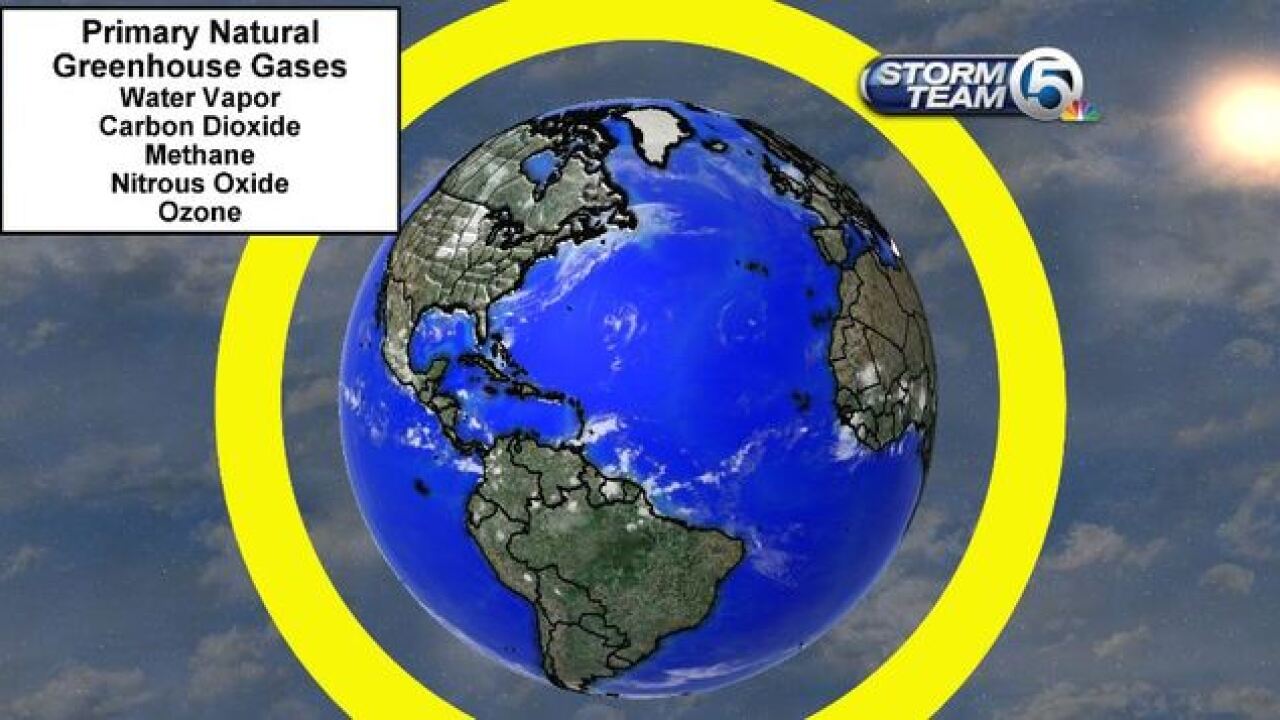 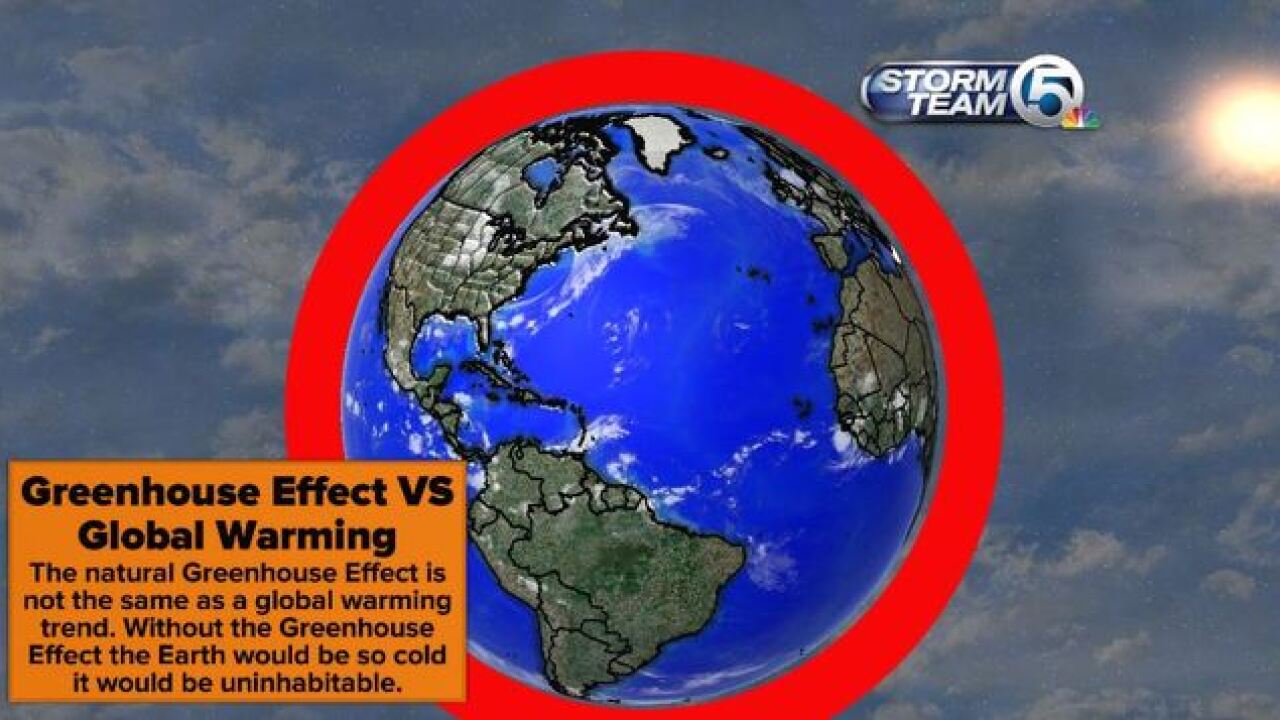 The greenhouse effect refers to the warming Earth experiences thanks to the atmosphere's absorption of radiation from the sun. The natural greenhouse gases, such as water vapor and carbon dioxide, absorb some of the sun's radiation and allow some to escape.

We run into an issue when greenhouse gases, such as CO2, are added to the atmosphere in addition to the naturally occurring gases. Less heat is able to escape the atmosphere when there are more greenhouse gases present than nature intended. The added gases absorb more heat resulting in a warmer atmosphere which can lead to an increase in average global air and ocean temperatures.

The increase, while slight, can make a difference in addition to the natural phases of heating and cooling that Earth experiences.