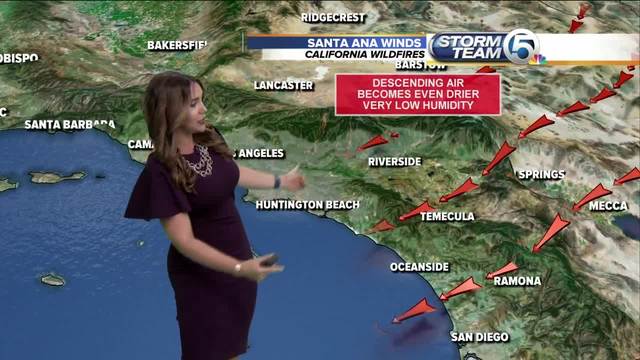 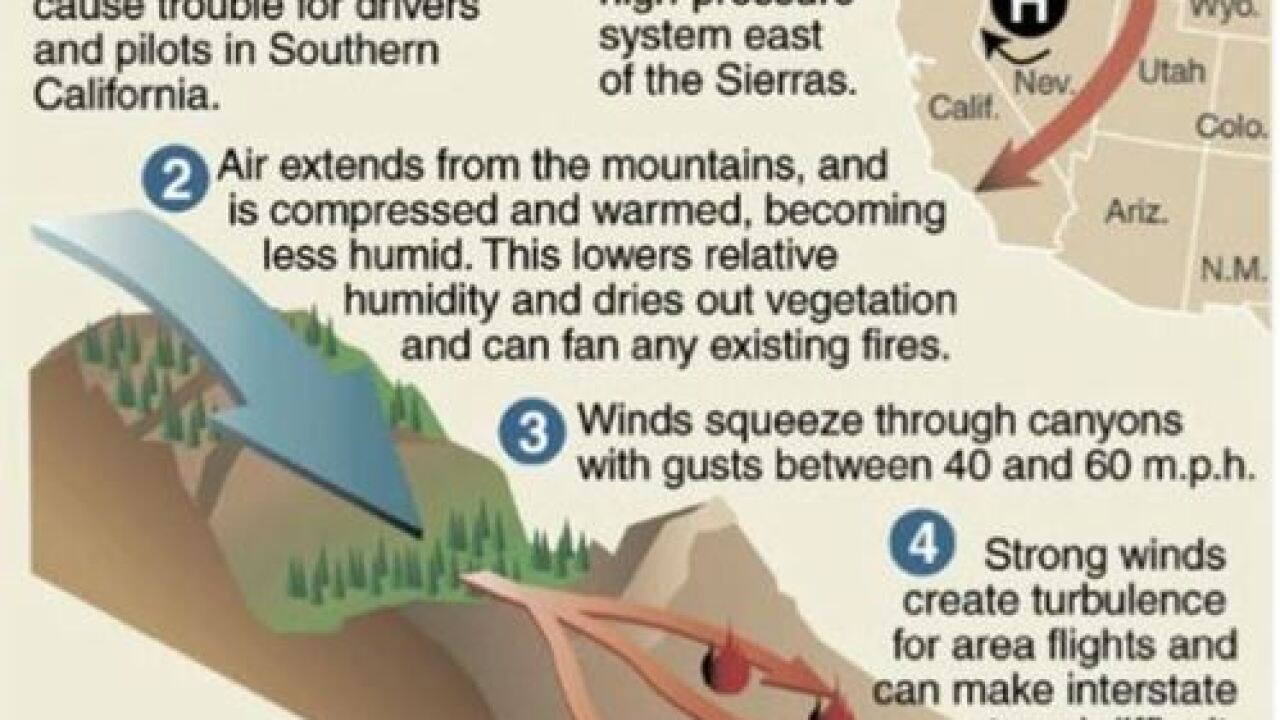 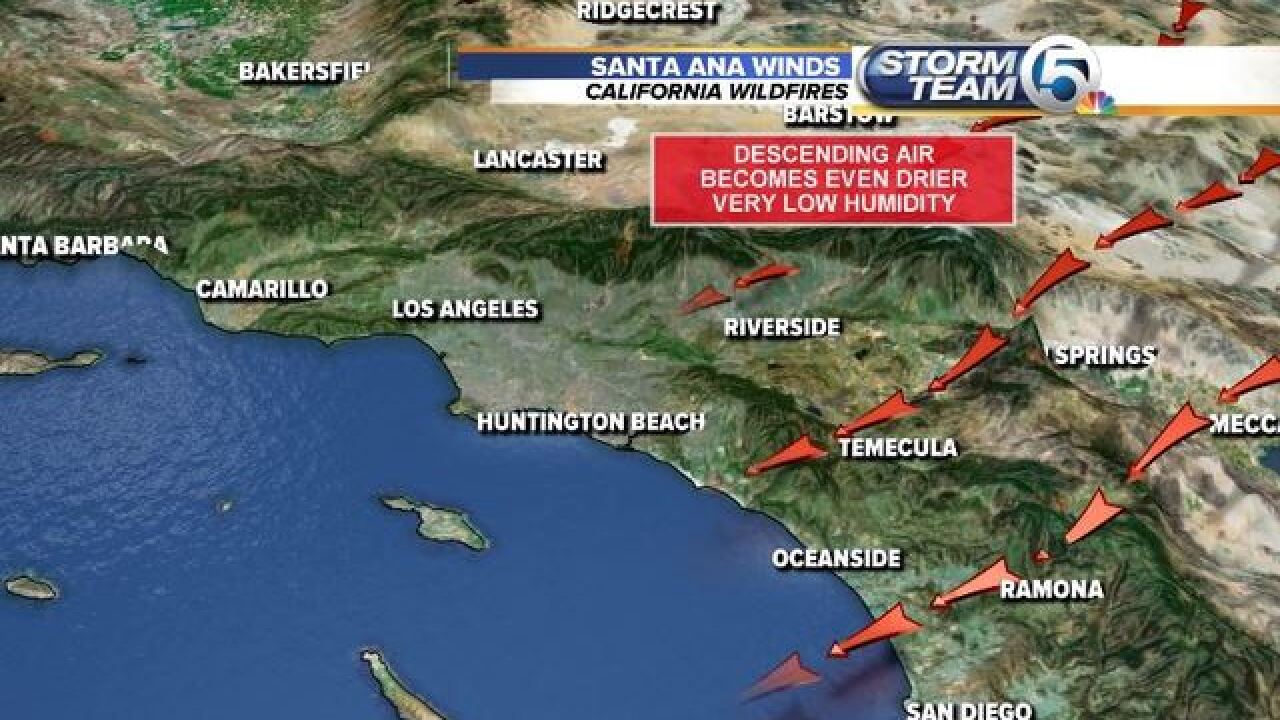 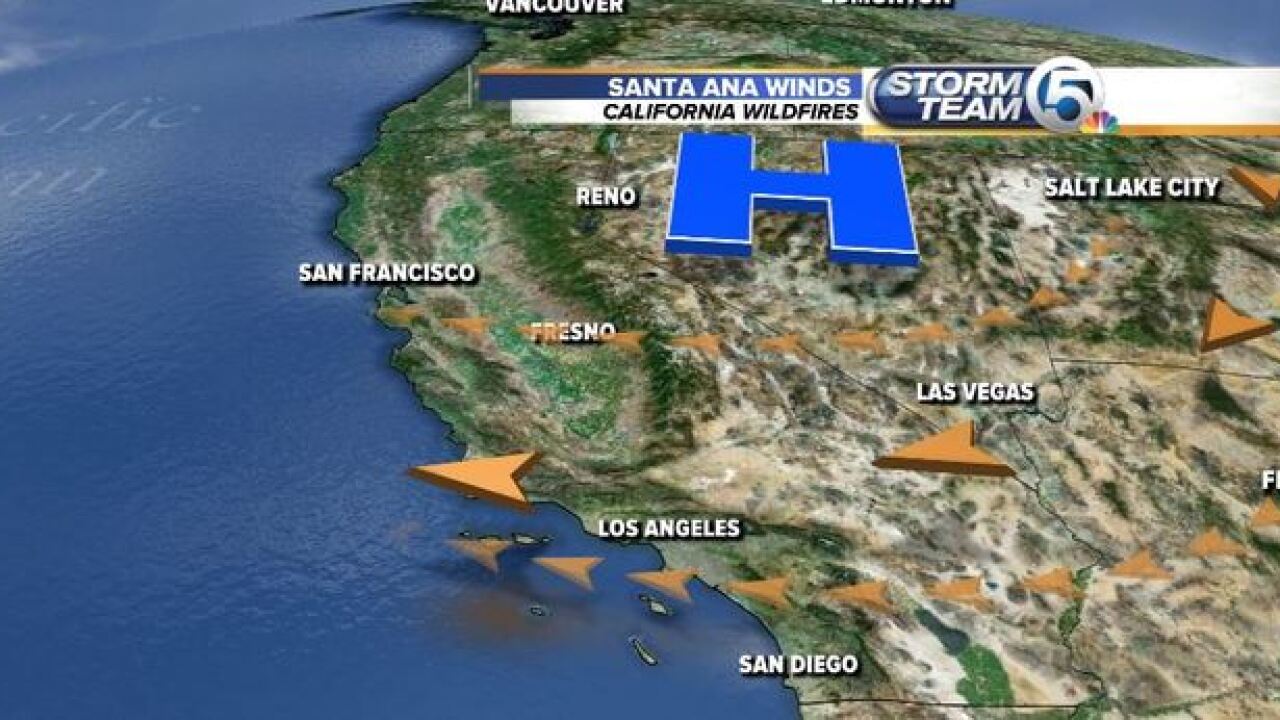 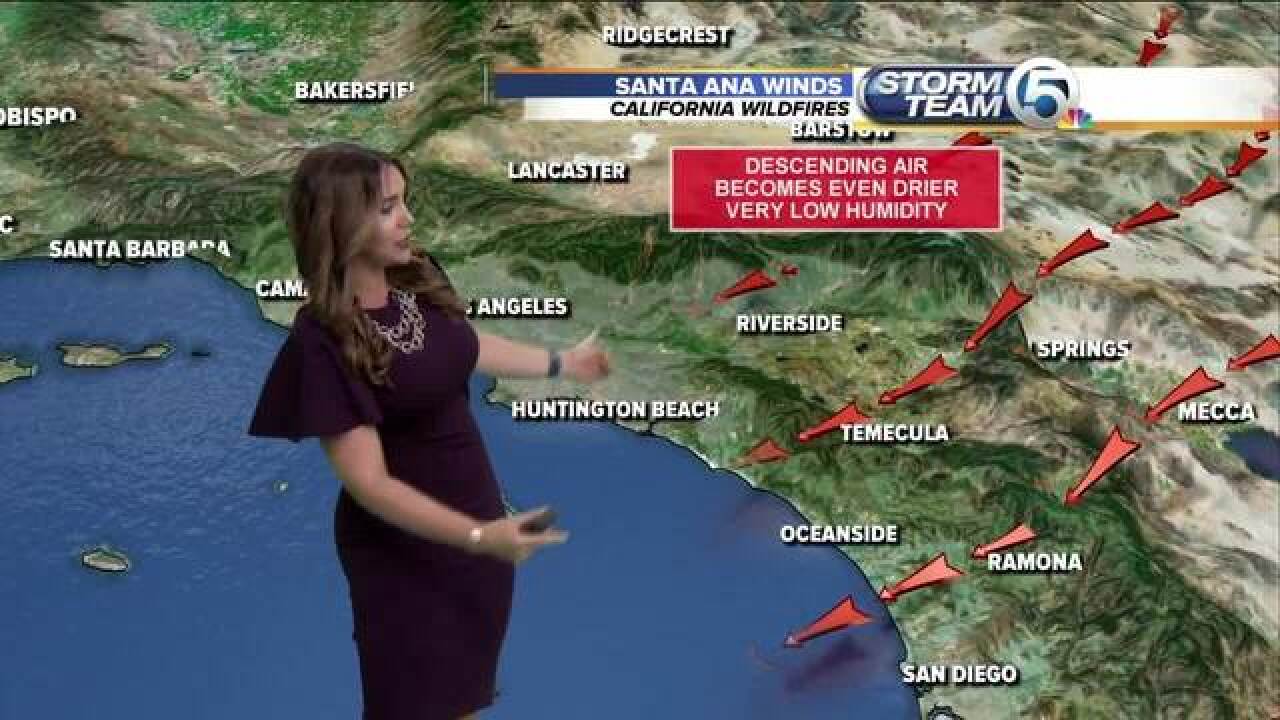 Wildfires have been a terrible problem for California this year. A weather pattern known as the Santa Ana Winds increases the chance of these devastating wildfires each year. The Santa Ana Winds are dry, often gusty winds that impact California, especially southern California. The winds typically occur between September to April with the peak month being December.

The setup for the winds happens when high pressure forms over the Great Basin region and the clockwise flow send winds toward coastal California.

The already dry air is forced up over the mountainous terrain then descends on the other side moving toward coastal California. This descent causes the air to be even drier resulting in very low relative humidity which leads to high fire danger.