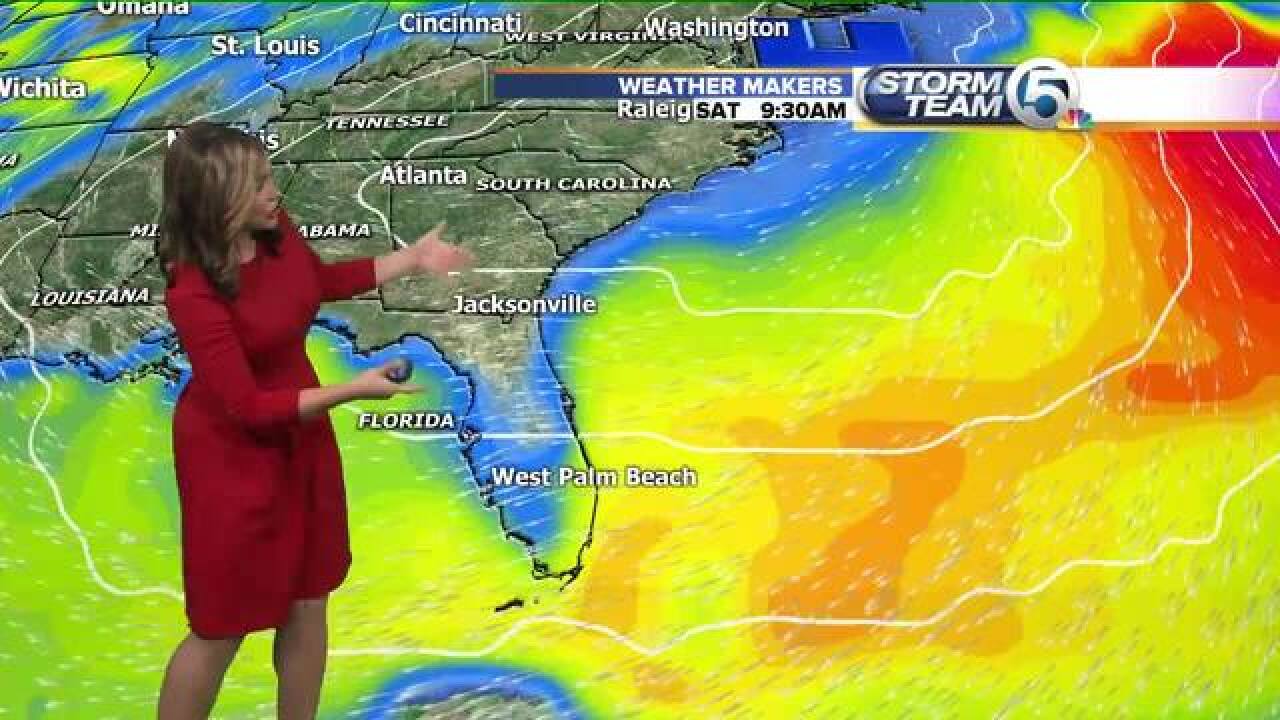 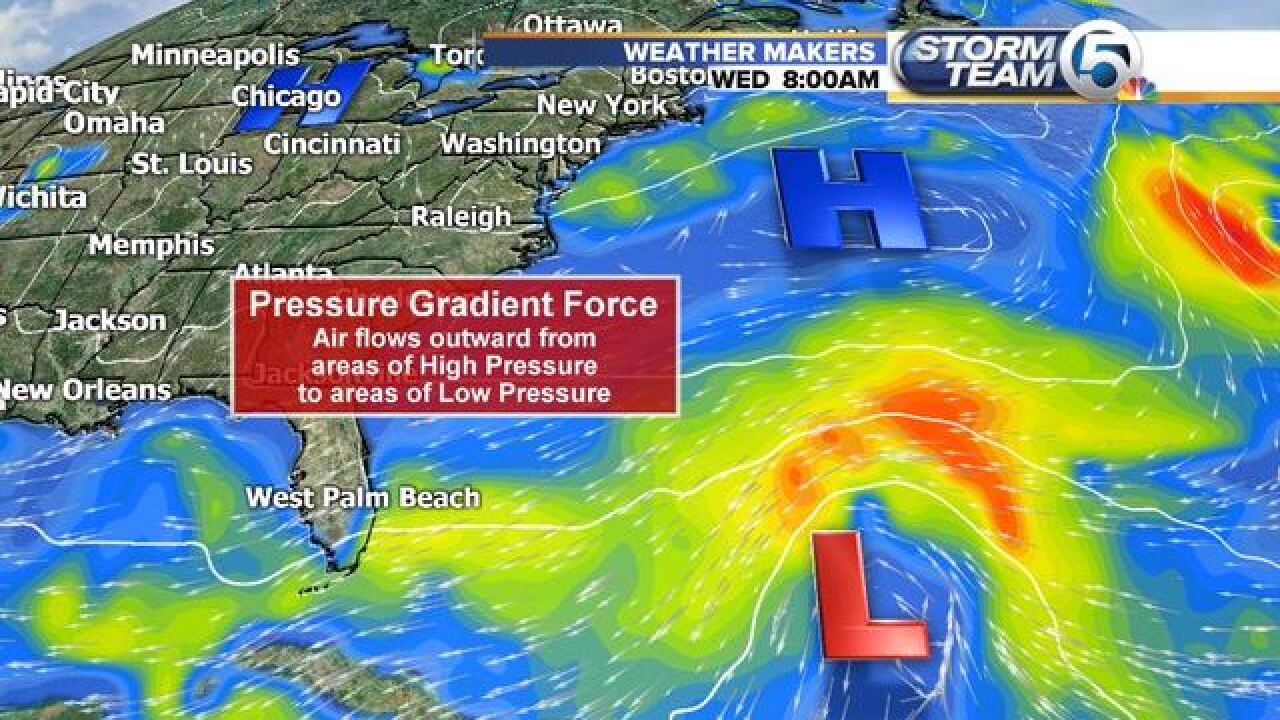 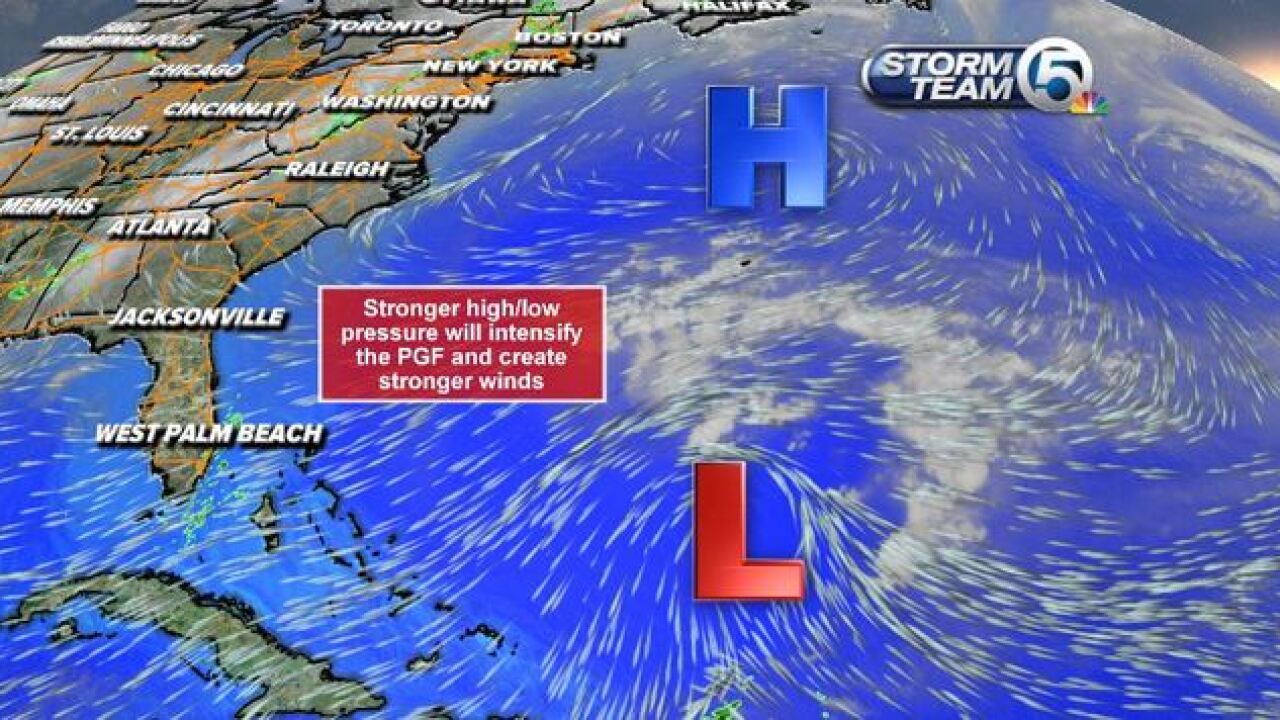 The Earth is always trying to be in a state of equilibrium and in an effort to achieve that force moves from areas of high pressure toward areas or low pressure to try to correct the excess. This is why winds try to blow from highs to lows, other things affect wind direction like friction and the Coriolis Effect but that's for another blog post. The stronger the pressure difference the more intense winds will be.

Now lets talk about gradient...you're probably picturing a gradient where one color gradually changes into another color...and that's a lot like what we're talking about here. In terms of the Pressure Gradient Force the gradient is the change in pressure from areas of higher pressure into areas of lower pressure. The more difference between the high and low pressure the stronger the pressure gradient will be resulting in stronger winds.

The PGF is one of the main components of creating winds. So the next time you hear a meteorologist talking about the Pressure Gradient Force strengthening it means your area is being affected by a difference in pressure and will result in windy conditions.