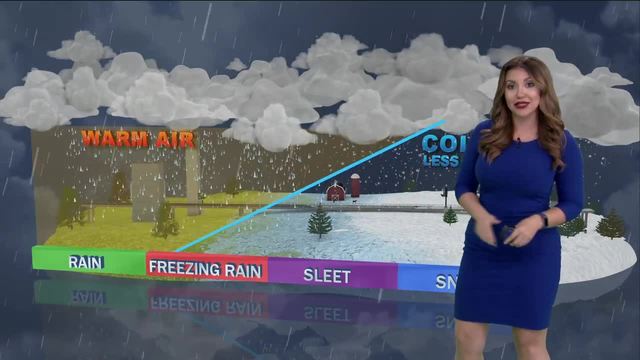 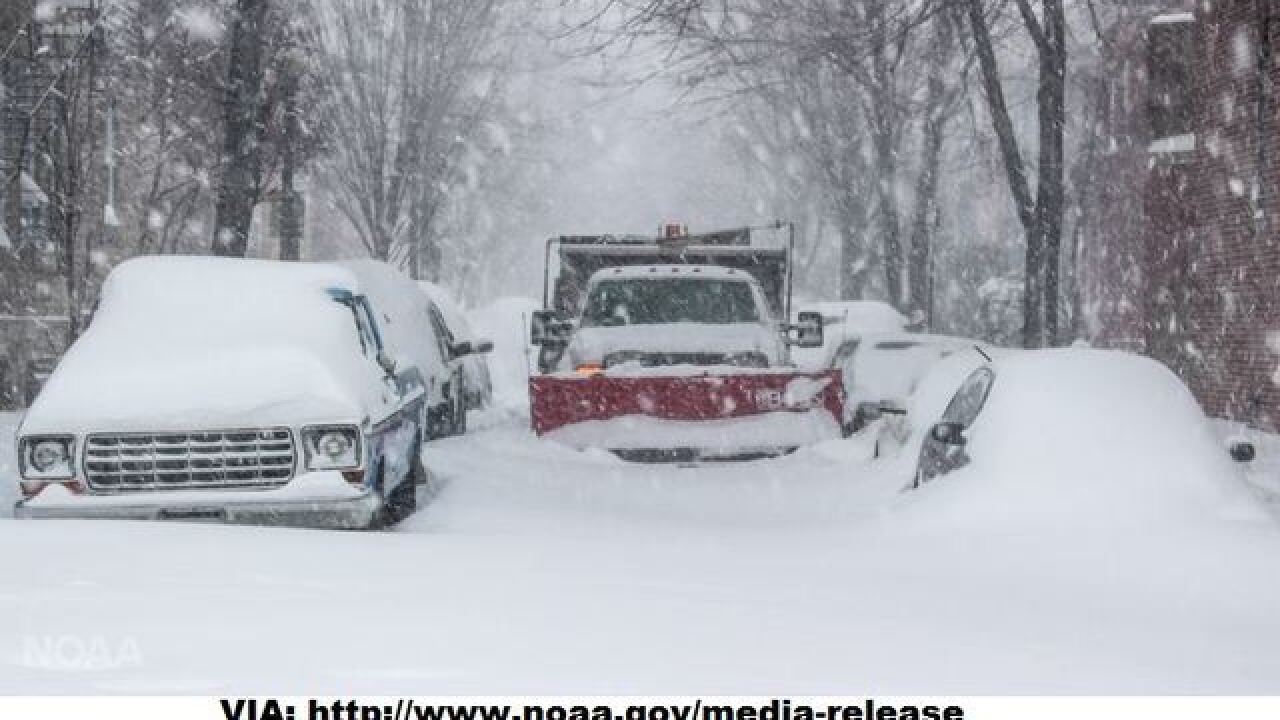 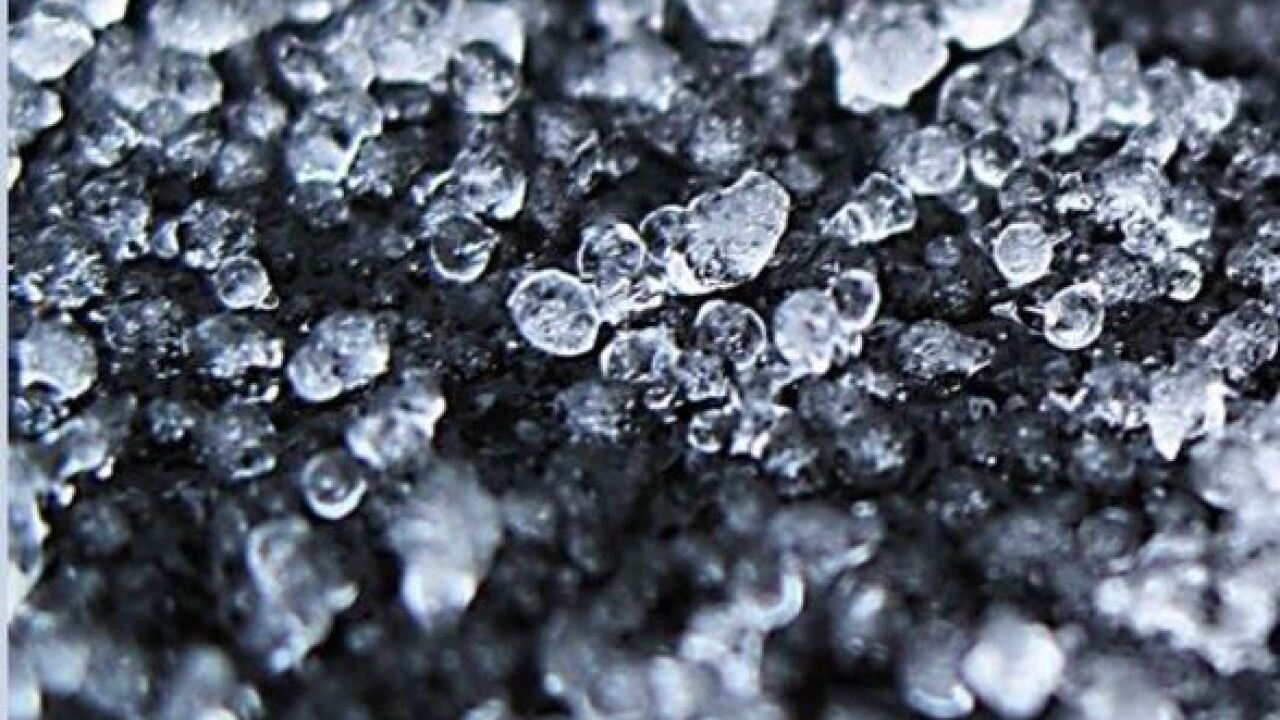 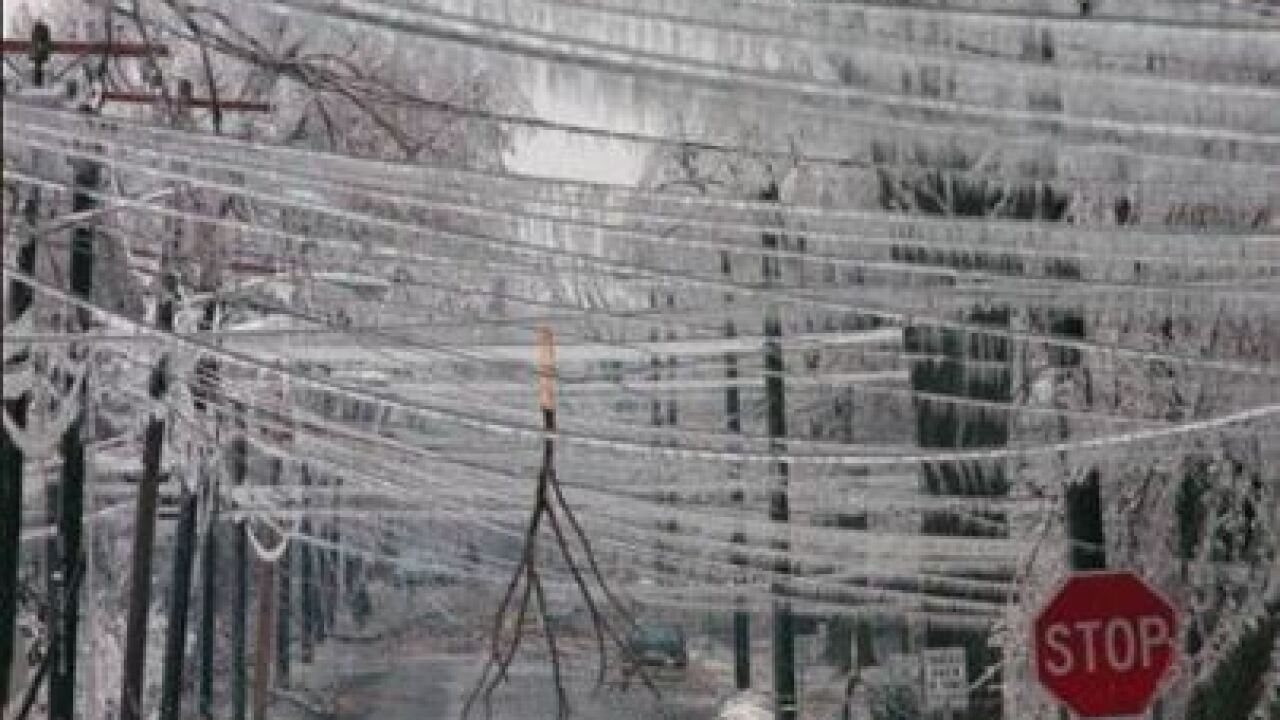 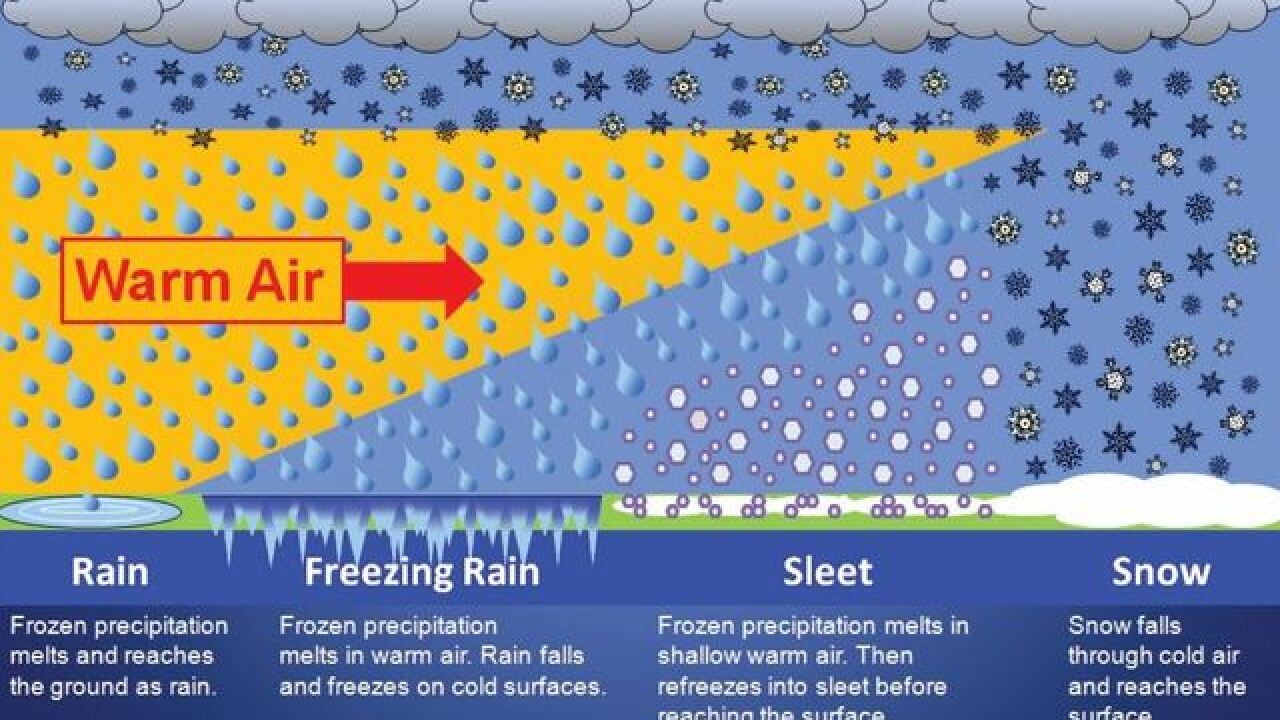 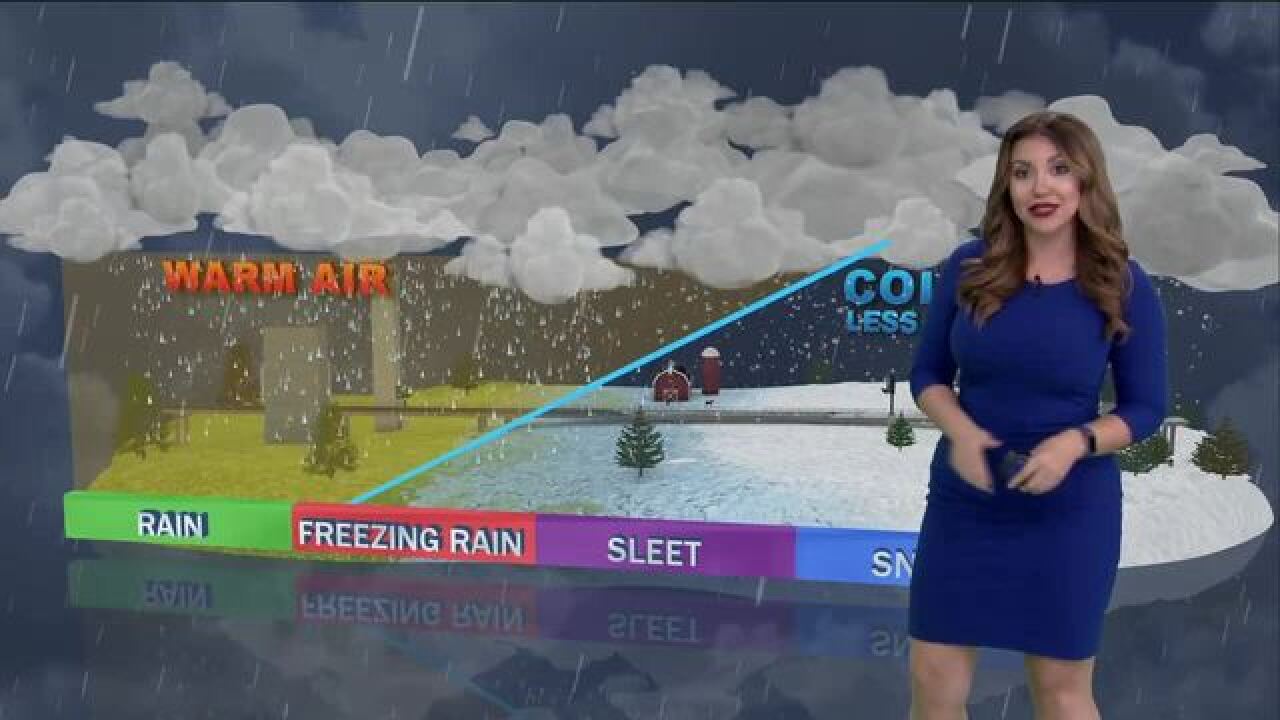 Most of the world's precipitation begins as snow crystals or other solid forms of water high in the atmosphere. It's the temperature profile between the cloud and the surface that will determine what type of precipitation reaches the ground.

Rain is the liquid drops that generally fall from nimbostratus or cumulonimbus clouds. Drizzle and mist are two other forms of liquid precipitation but their size is too small to be considered a rain droplet. Rain droplets fall to the ground when they become too large to be held in the cloud by gravity. If these droplets fall into dry air they may evaporate before reaching the ground, this is called virga. The temperature profile that produces rain involves the droplet falling through air temperatures above freezing all or most of the way to the ground.

Freezing rain, also known as glaze, occurs when there is only a small layer of subfreezing air near the surface. This freezing layer isn't large enough for the droplets to freeze completely but is enough for them to become supercooled. The supercooled droplets then freeze to whatever surface they land on. This can result in dangerous winter conditions, including black ice which is a nightmare for drivers. Depending on how thick the coating of freezing rain is the weight of the ice can bring down trees and powerlines.

If the layer of subfreezing air near the surface is deeper, meaning the rain droplet falls through freezing air temperatures for a longer period of time, sleet will form. Small balls of ice, they can be smooth or lumpy and typically aren't too large so they don't result in a lot of damage. They can, however, make travel dangerous.

If an ice crystal formed in a cloud never encounters above-freezing air temperatures on its trip to the surface it will be snow. The temperature at which the ice crystals are formed will determine what type of snow falls. Light, fluffy snow perfect for skiing is formed in the coldest temperatures. This is because the moisture content of air is small when temperatures are very cold, that's why people sometimes incorrectly assume, "it's too cold to snow." Heavier, packing snow is formed at temperatures above 23° Fahrenheit, this is the perfect snowball snow.