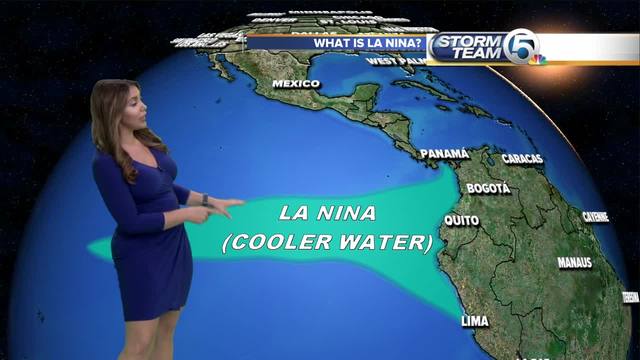 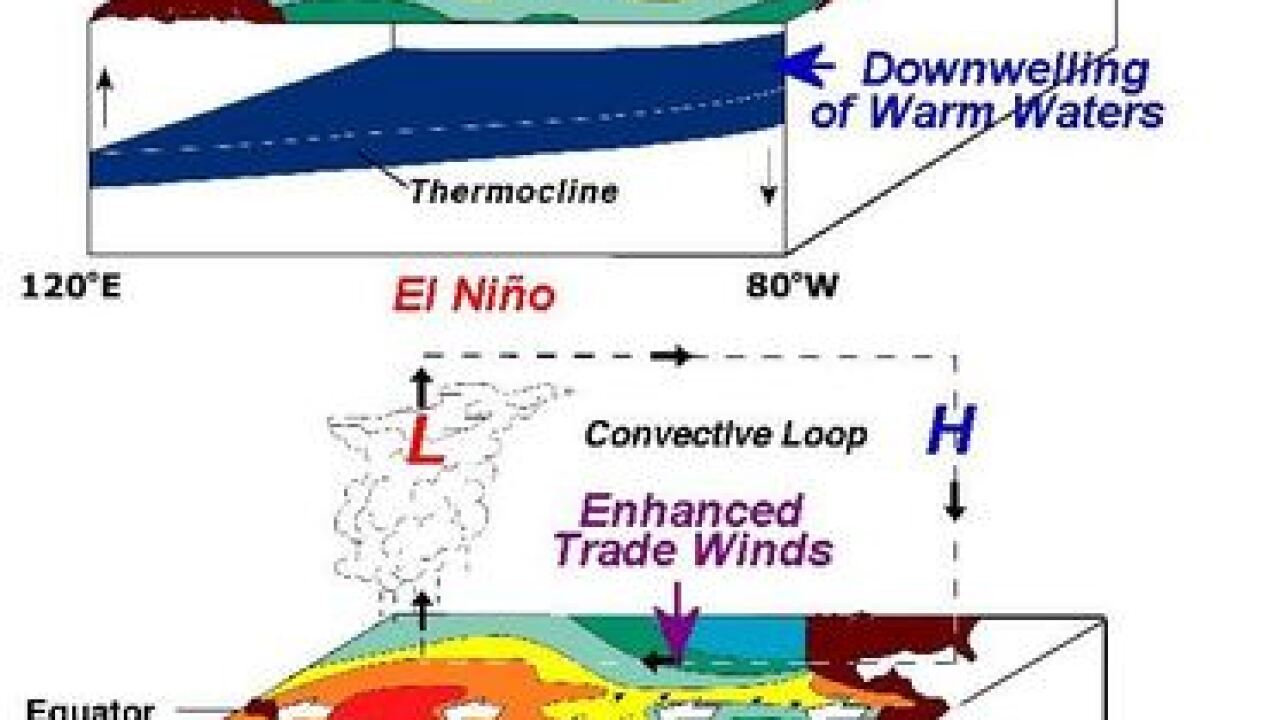 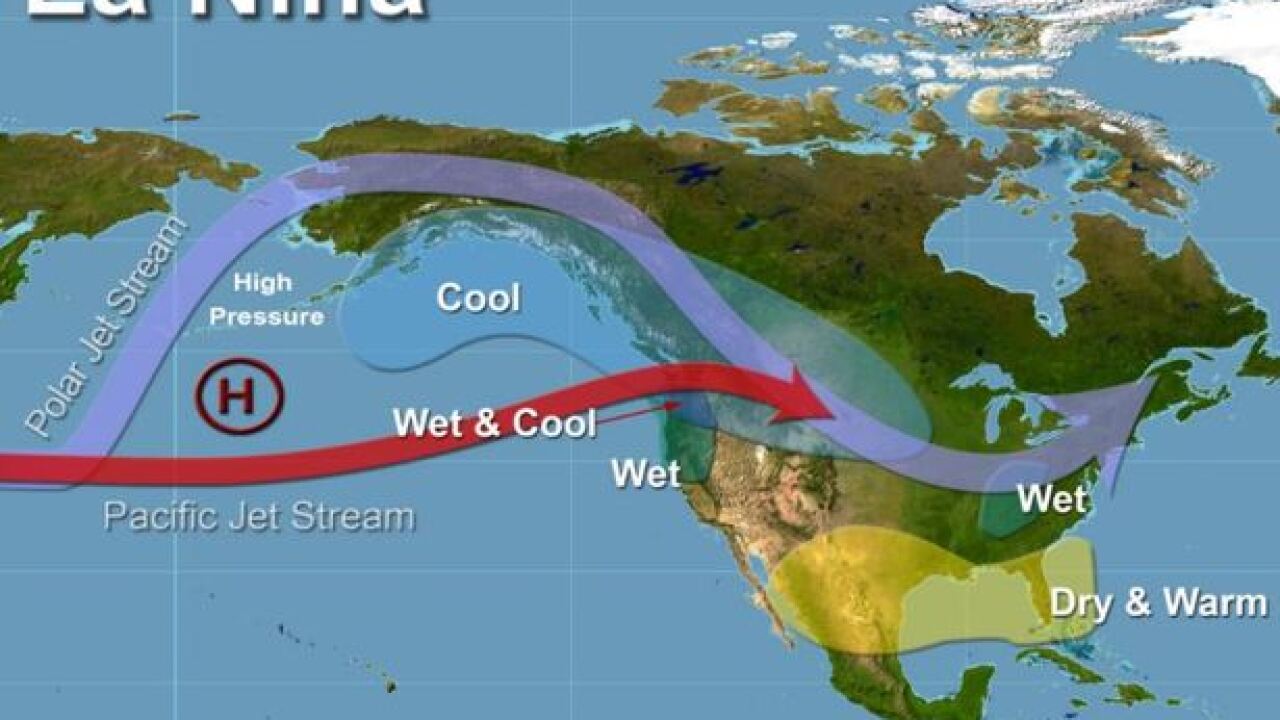 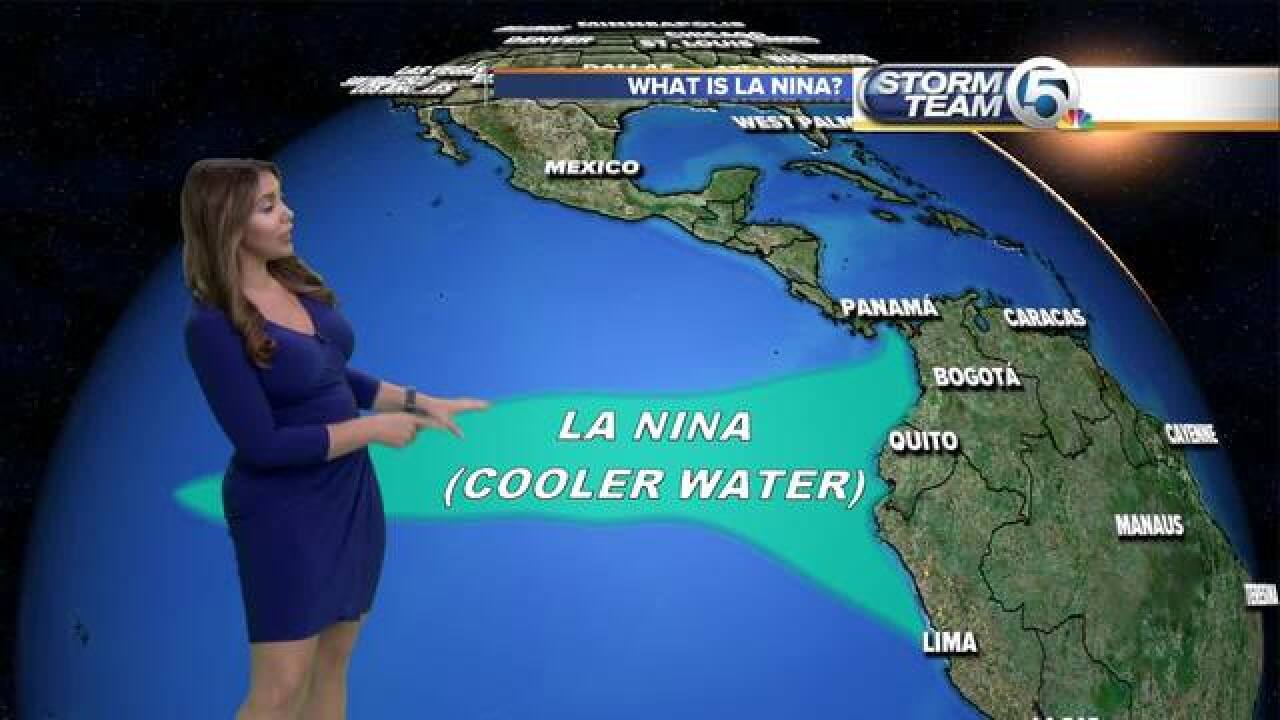 You may have heard that forecasters are predicting La Nina will impact winter in the U.S. this year, but what exactly does that mean?

La Nina is the, slightly less well-known, opposite weather pattern of El Nino. La Nina and El Nino both affect the equatorial waters of the Pacific ocean but in opposite ways.

A key characteristic of La Nina is stronger than average trade winds in the equatorial Pacific. These winds cause the warm water near South America to be pushed farther west near Indonesia. This evacuation of warm water causes colder water to move to the surface in the eastern Pacific near the equator. The process of the colder water coming to the surface is called upwelling.

The warm water moves closer to Indonesia creating rainier than normal conditions there. La Nina also results in, on average, wetter and cooler conditions for the northern portions of the U.S. during the winter. This weather pattern typically means the opposite for the southern U.S. resulting in warmer, drier winters. This happens because the Polar Jet Stream is displaced farther to the north during a La Nina spell.