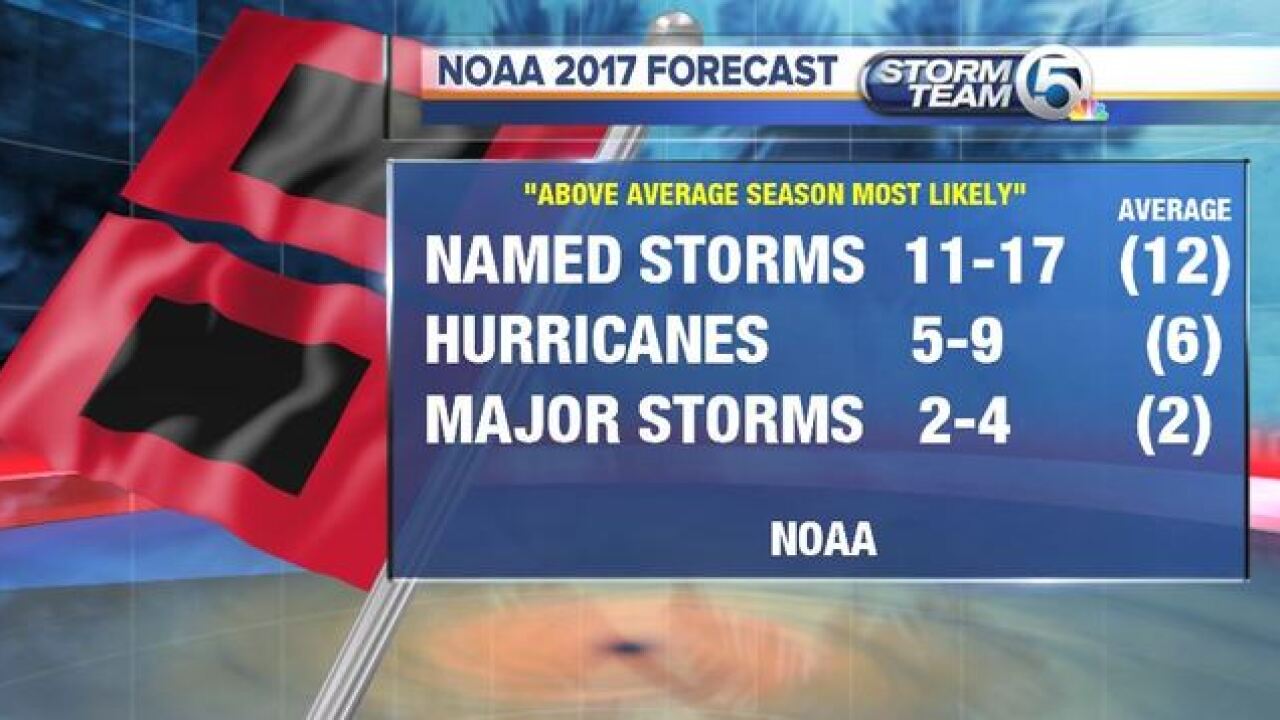 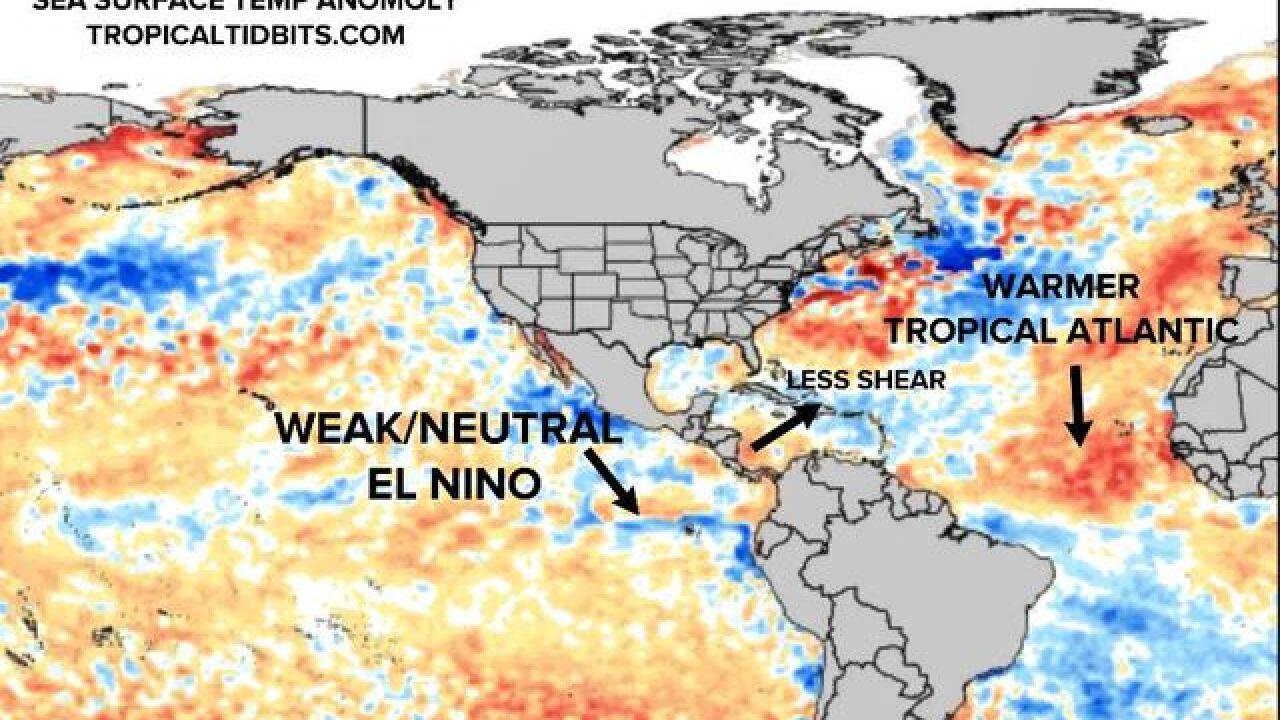 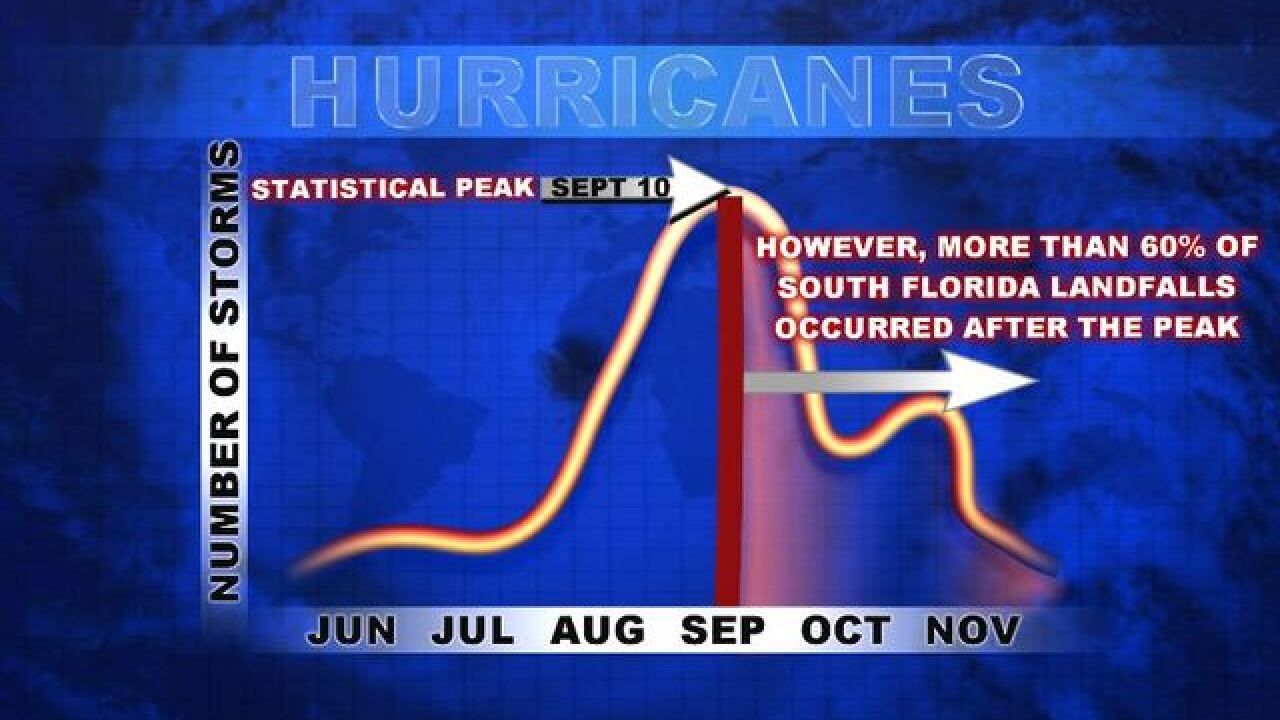 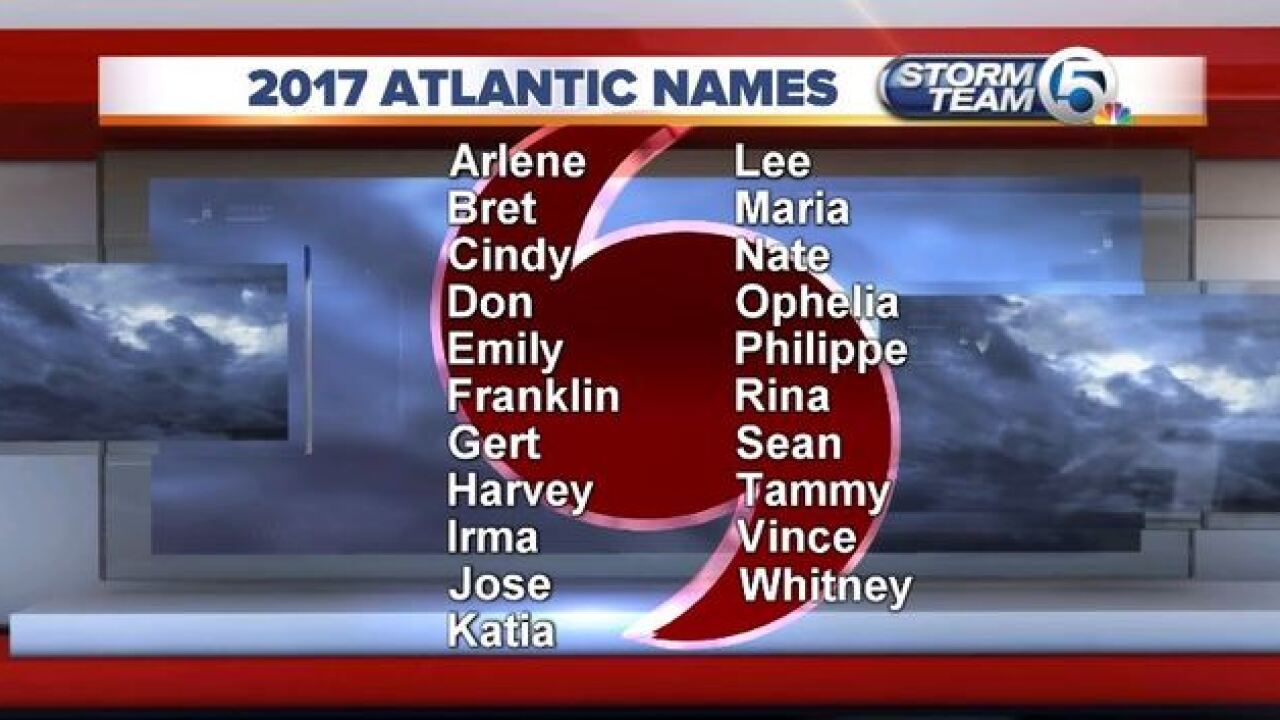 It's that time of year again, hurricane season time. The Atlantic hurricane season runs from June 1st to November 30th. The National Oceanic & Atmospheric Association (NOAA) is predicting slightly above average activity for the 2017 season. The official forecast gives a 45% chance of an above-normal season.

Some reasons for this include a weak El Nino, above average sea surface temperatures in the tropical Atlantic and Caribbean Sea and favorable upper level wind conditions. A weak or nonexistent El Nino provides more favorable conditions for cyclone formation. Above average sea surface temperatures provide the fuel tropical cyclones need to form and gain strength. Weak vertical wind shear, the change of wind speeds with height in the atmosphere, encourages more tropical cyclone formation and strengthening as well.

In general the peak of hurricane season is considered to be around September 10th. However, for south Florida, the majority of storms don't make landfall until after that date. Remember, it only takes one storm to cause significant damage so always be prepared.

We've already had our first named storm of the season with Tropical Storm Arlene in April. Now is the time to get prepared, make a plan and gather basic supplies before the season really starts to ramp up.