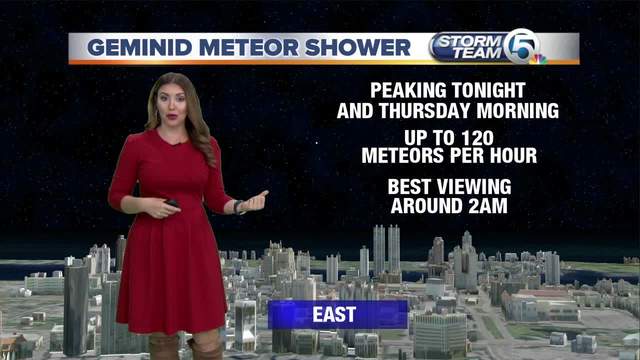 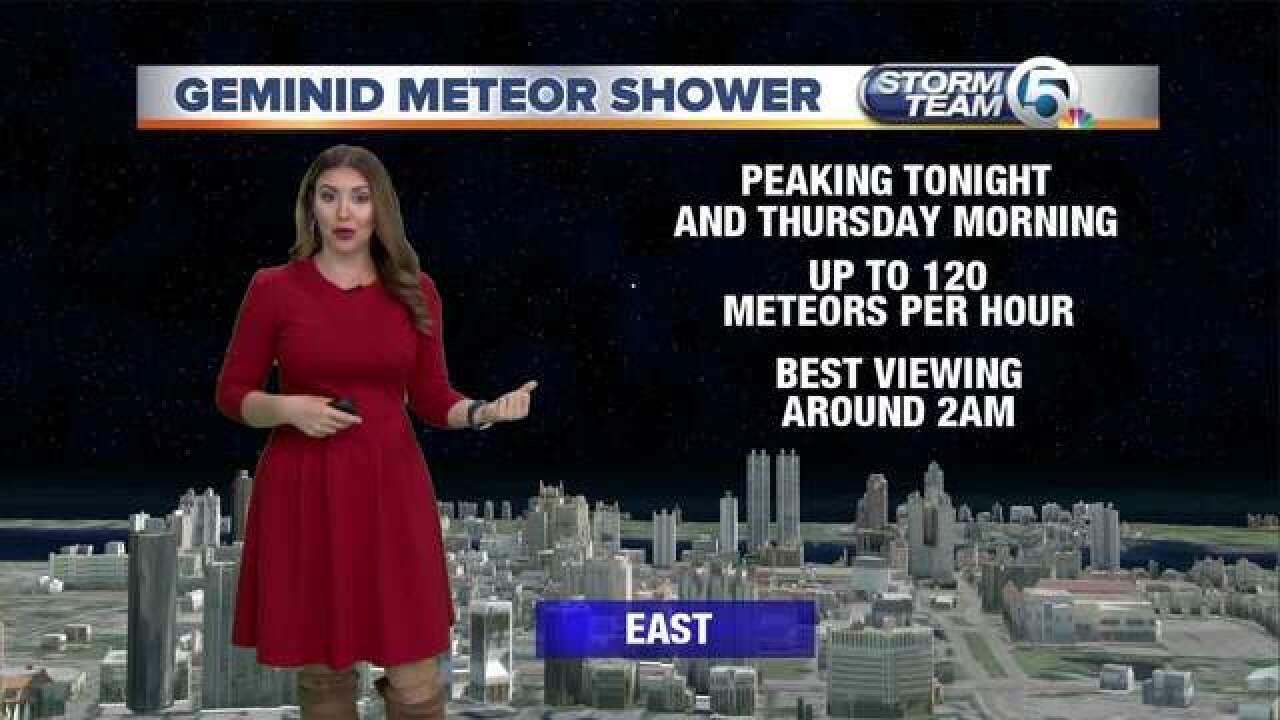 The meteor shower usually peaks just after midnight to around 2am but you'll be able to see these bright attractions by 9pm. This shower can be seen anywhere in the world, in the northern hemisphere look into the southwestern sky.

The Geminid Meteor Shower gets its name from the constellation Gemini because most meteors look to originate from there.