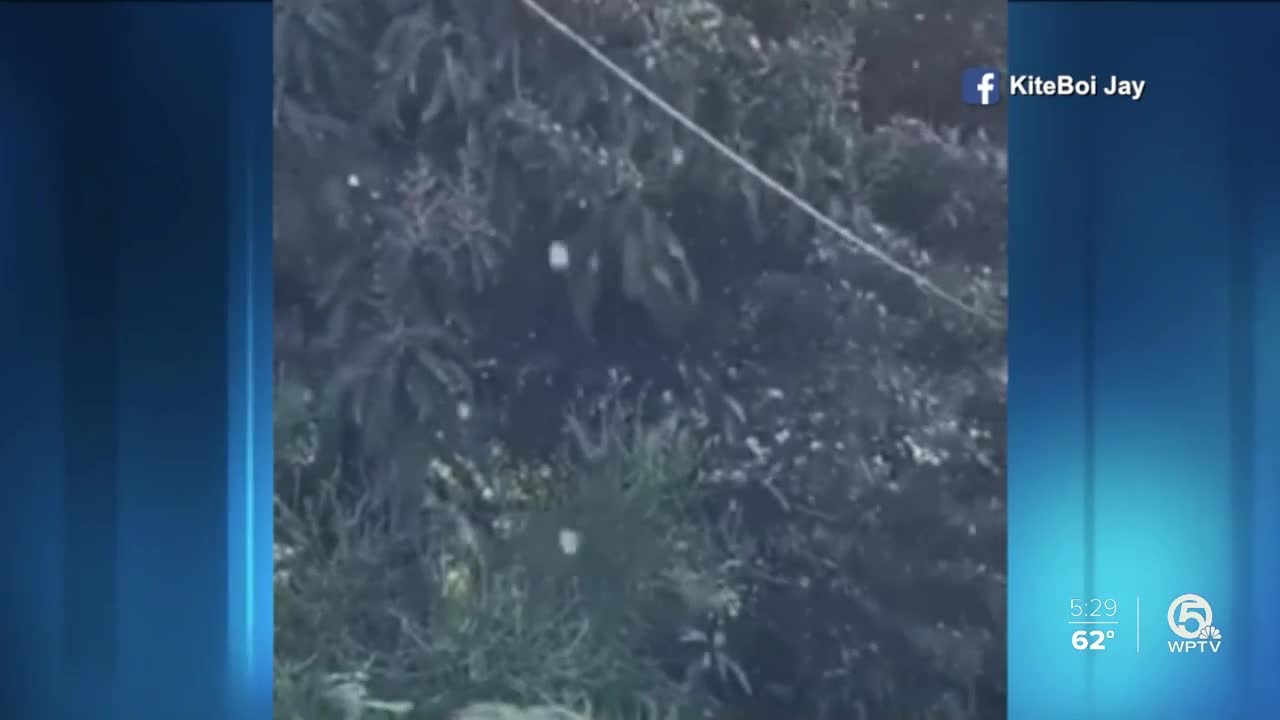 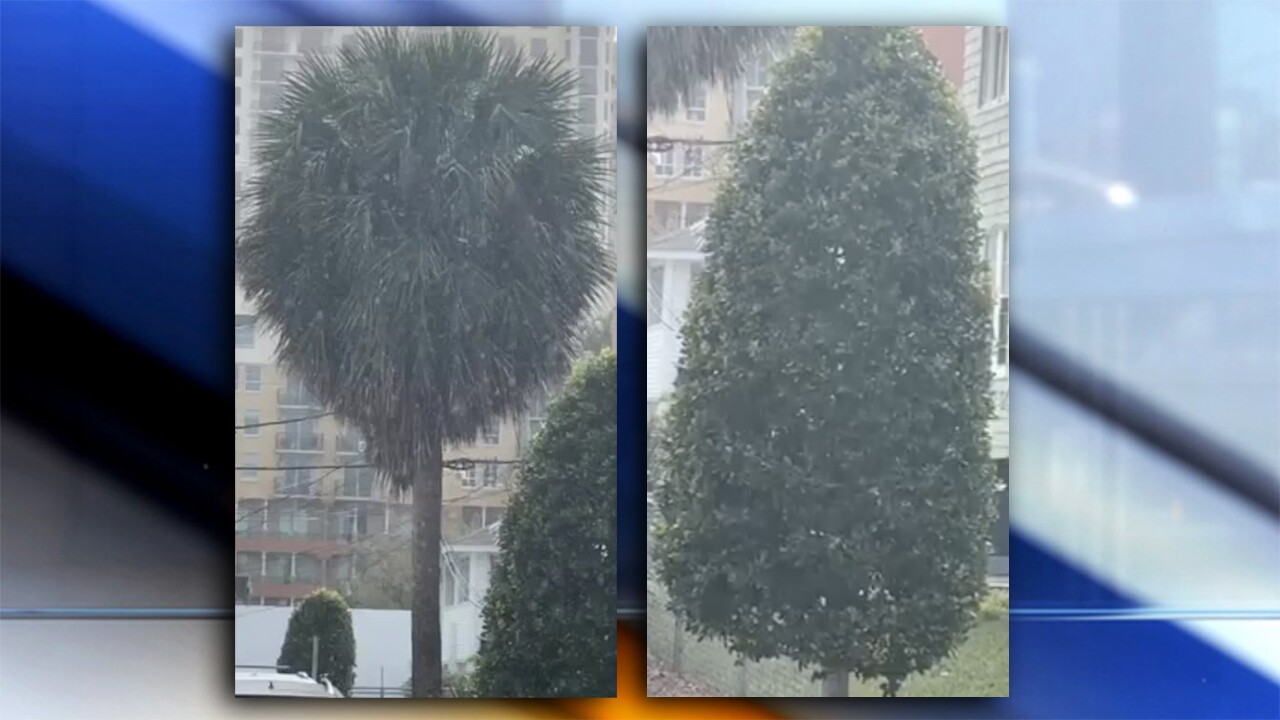 The National Weather Service now has an explanation for the possible snow flurries reported by some people in Palm Beach County and the Treasure Coast on Wednesday.

WPTV viewer Crystal Magnant shot video of what appeared to be flurries coming down in downtown West Palm Beach around 1:45 p.m.

Another WPTV viewer, Amber Fortino Castro, shot video of what she called snow flurries in her backyard in Port St. Lucie around 11:45 a.m.

The National Weather Service said what fell may be some graupel but not snow. Graupel is a soft ice pellet-looking precipitation, or small hail.

Jan 22 @ 520 pm - Light rain showers mixed with graupel are occurring across the east coast of south Florida this evening. This is NOT snow. It's too warm for snow to occur. #flwx pic.twitter.com/ljpqHCQkvP

The NWS describes it like this: "Graupel forms in the same way as hail except the diameter is less than 5 millimeters. It usually grows by soft hail processes."

Weagle said it's possible that gusty winds pushed cold air and graupel down from the clouds, and it didn't have a chance to melt before hitting the ground.