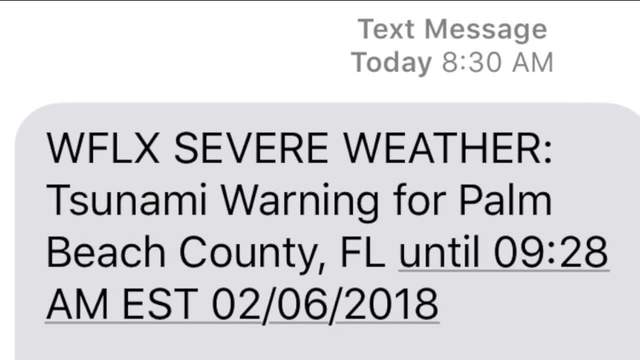 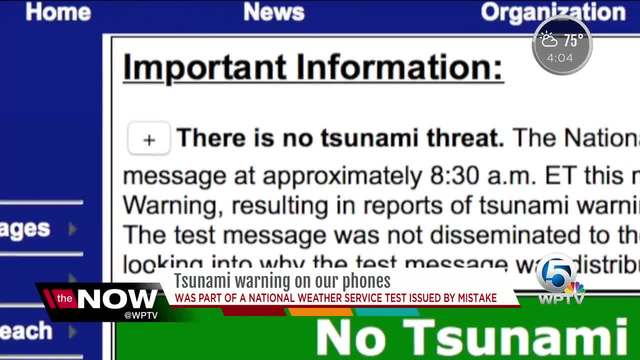 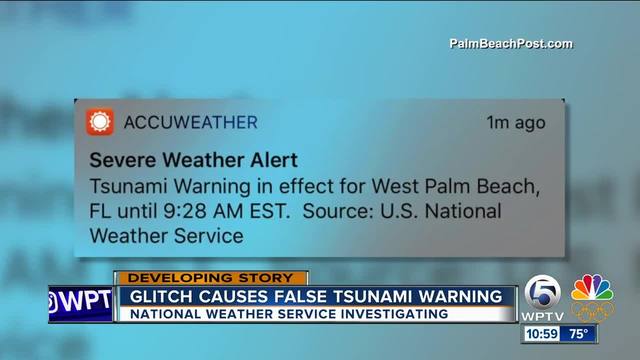 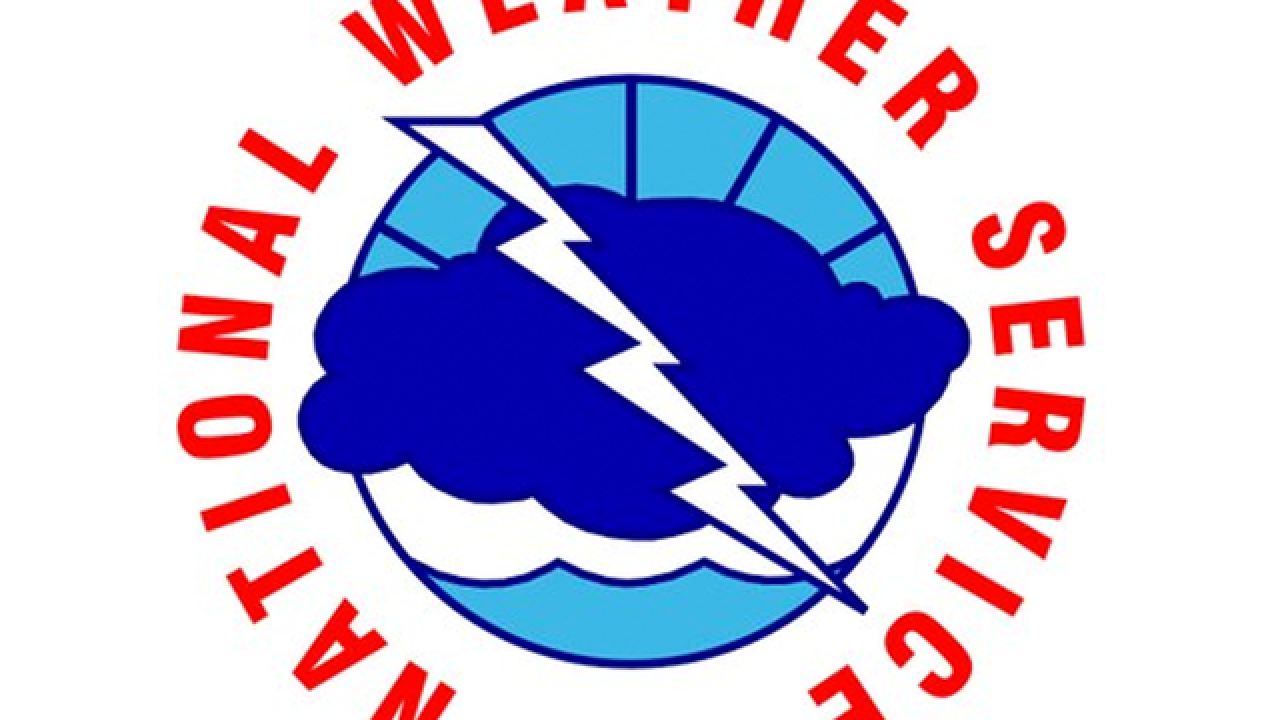 If you received a tsunami warning Tuesday morning, it was only a test.

That's what the National Weather Service is saying.

Some users received a monthly tsunami warning which was issued around 8:30 a.m., according to the NWS.

"I was concerned about the message I got on my phone from the tsunami," Giovanny Moreno said.

NBC reports some people in the eastern U.S. received the message as an actual warning, but it was only a test.

“Some people, they can maybe get a panic hearing things," Moreno said.

“That would be a pretty shocking over breakfast alert," said Amanda Oberholtzer.

Officials said it appeared to be an issue with the popular AccuWeather app.

AccuWeather later posted this response: "We are continuing to work with NWS to determine why this coding was improperly embedded in its test alert system."

NWS Meteorologist Hendricus Lulofs said there was a glitch Tuesday during a routine test. That meant users of some mobile apps received what looked like an actual warning.

He said the National Weather Service is trying to sort what happened.

NWS posted a statement online saying: "The test message was not disseminated to the public via any communication channels operated by the National Weather Service. We are currently looking into why the test message was distributed by at least one private sector company, and will provide more information as soon as we have it."

AccuWeather said while the word 'test' was in the header, the code in the alert was for a real warning.

AccuWeather wrote the following: "AccuWeather was correct in reading the mistaken NWS codes embedded in the warning. The responsibility is on the NWS to properly and consistently code the messages, for only they know if the message is correct or not. As reported by AccuWeather, once discovered that the NWS had incorrectly coded the warning, we sent messages via social channels that no tsunami warning is in effect for the East Coast of the U.S. This is not the first time legitimate warning coding was embedded erroneously by the NWS and consequently triggered alerts."

“Everyone’s so connected to technology these days, we need to make sure the information that’s going out to be people is accurate and timely," Oberholtzer said.

We are getting reports that there was an application that sent an erroneous tsunami message. There is NO tsunami threat to east central Florida. #flwx