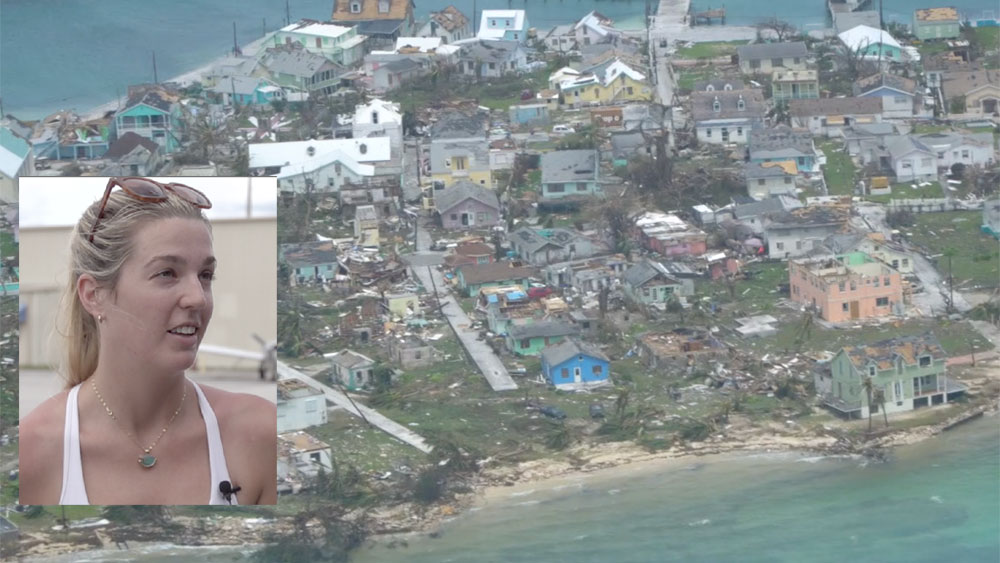 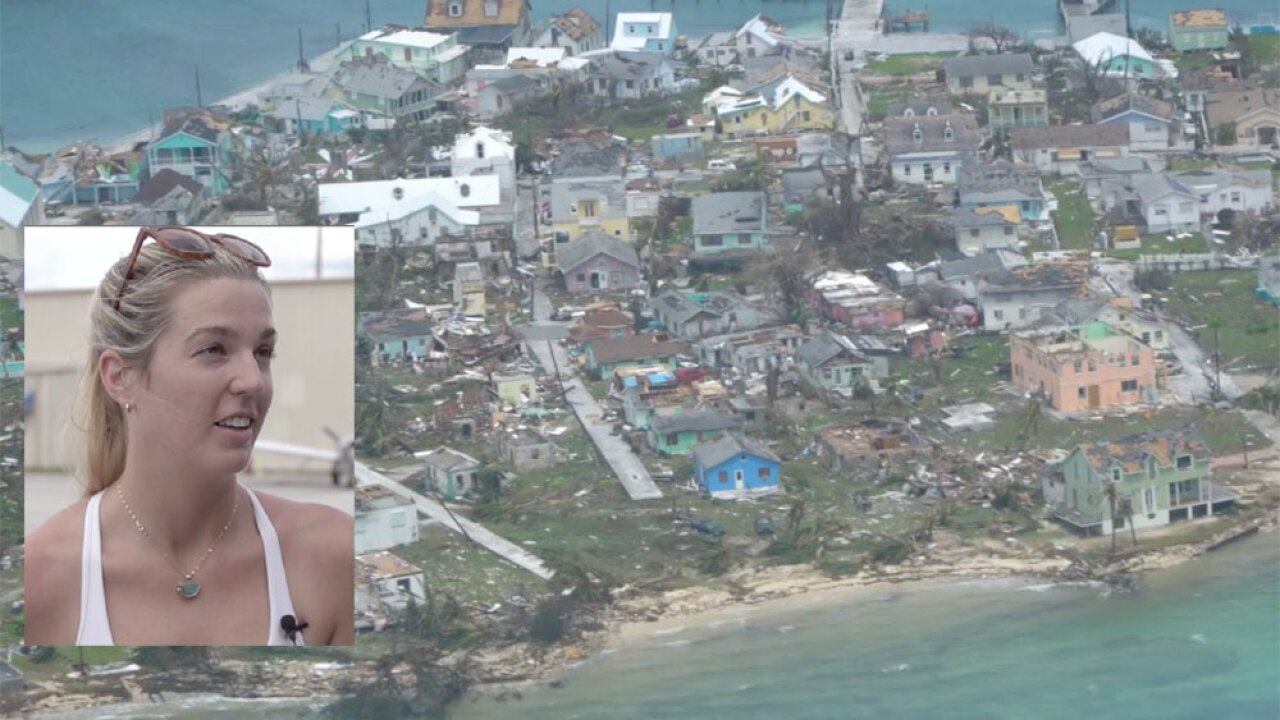 Sarah Ann Showell has now seen for herself the damage caused by Hurricane Dorian. “They don’t look anything that their supposed to. Entire buildings are flattened trees are all snapped like toothpicks, there’s no greenery left."

She shot video flying over parts of Green Turtle Cay, a Bahamian island hit hard by the storm. "It’s actually hard to figure out what you’re looking at and these are places that you know very well."

She needed to see what the storm did to her family's resort, Green Turtle Club, the largest employer on the island with about 50 employees. While the storm left its mark, she says everyone she knows who stayed on this island for Dorian is OK.

Her marina's docks are still standing but some of the club’s buildings, and many other of the island's structures are destroyed. “From the air it’s pretty crazy to see because it’s really hard to recognize places that you’ve been going your whole life," she said.

Now she is leading an effort to get help to the people of the Bahamas. She’s set up multiple drop-off locations in South Florida. "It looks like little mini tornadoes just like ruining certain areas. Or if they’re not flattened. They’re compromised to the point where they’re not livable. So they’re saying over and over again that they need tarps. Big ones. Heavy duty ones.”

And boots. In fact, when we spoke to her right after she returned home, she didn’t have shoes because she gave them to someone on the island.

"It’s a flip flop world over there.

"They need durable boots that are waterproof, even sneakers. Anything they can work on, work and get stuff done in," she said.

Showell already raised more than $200,000 in just 48 hours with a GoFundMe page. Much of that money will fuel planes to get those donations across.

It's less than an hour flight from South Florida. She says the majority of the people who visit her resort are from there.

A connection she says is about the people. “The people you meet and the connections that you make with the locals are so special they are the most generous, heartwarming people I’ve ever met. They would give you the shoes off their feet the clothes off their back.”

Bahamians who now need that to be done for them more than ever before.