Chris strengthens into a Category 2 hurricane 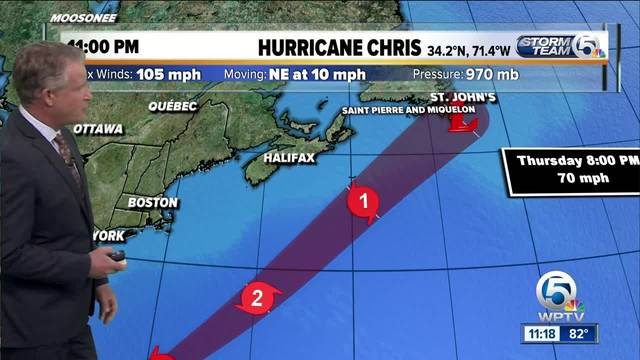 Hurricane Chris formed off of the North Carolina coast late Tuesday afternoon and strengthened into a Category 2 hurricane Tuesday evening. 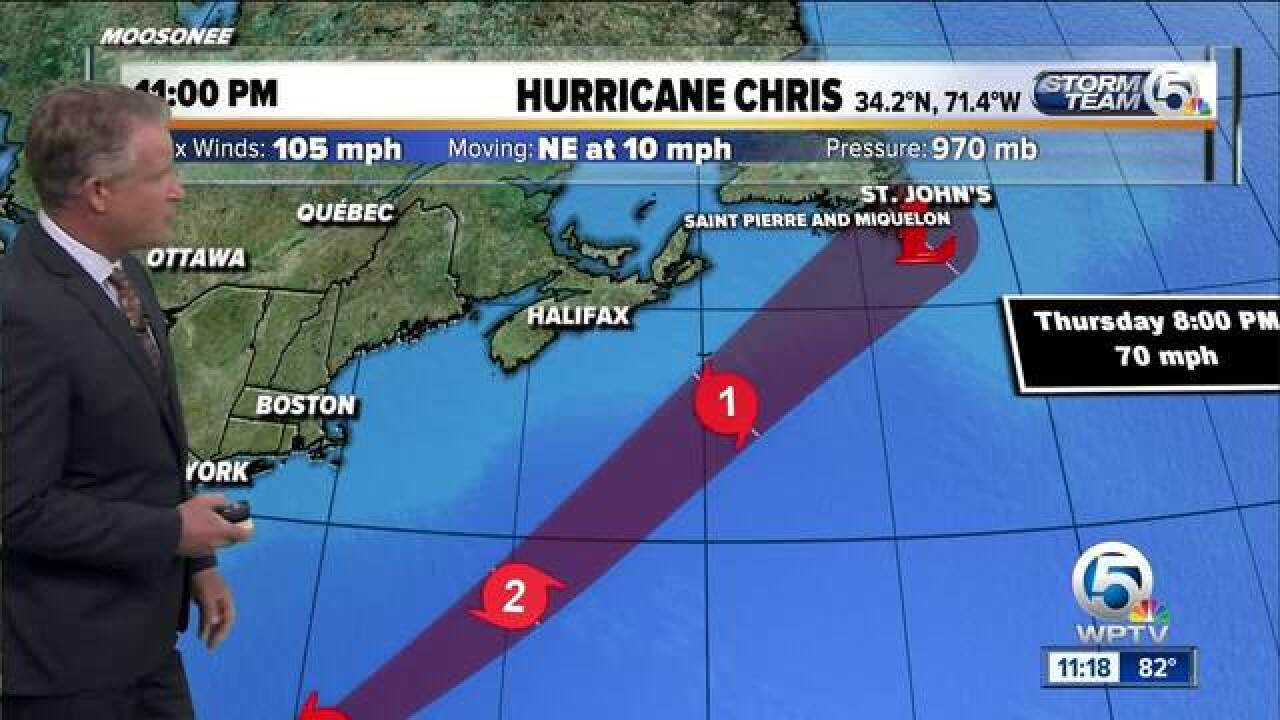 Hurricane Chris formed off of the North Carolina coast late Tuesday afternoon and strengthened into a Category 2 hurricane Tuesday evening.

The storm is moving toward the northeast near 10 mph.  A continued northeastward motion accompanied by a steady increase in forward speed is expected through Thursday night.  On the forecast track, the center of Chris will be near southeastern Newfoundland Thursday night.

No threat to Florida.

Chris developed a well-defined eye earlier Tuesday, according to the National Hurricane Center.

Hurricane #Chris Advisory 17: Chris Finally Becomes a Hurricane While Moving Away From The United States. http://t.co/VqHn0uj6EM