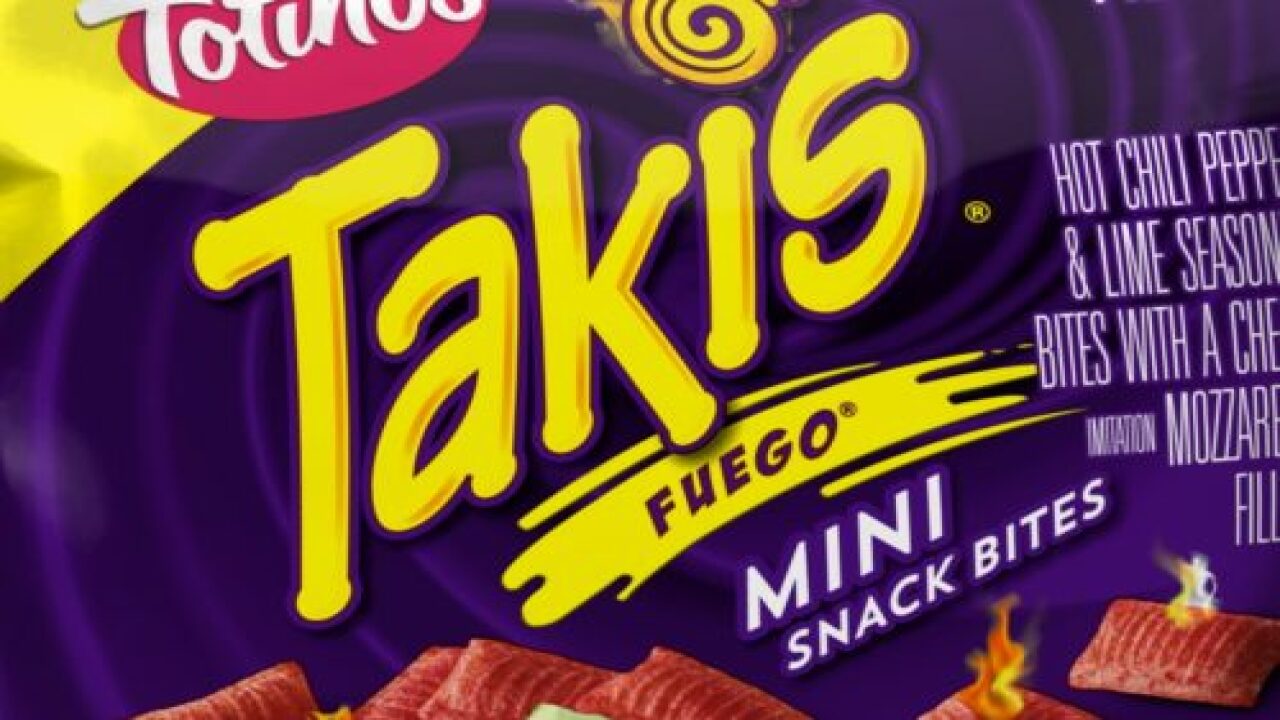 While it’s obviously important to eat your fruits and veggies, sometimes a guilty pleasure food or your favorite snack is just the thing you need.

If spicy snacks top your list of favorites, Totino’s has a new snack hitting the frozen food aisle that should hit the spot. Totino’s has teamed up with the brand Takis, known for their spicy rolled tortilla chips, to create Totino’s new Takis Fuego Mini Snack Bites. They’re bite-sized rolls filled with cheese and dusted with Takis Fuego hot chili pepper and lime seasoning.

The new snacks are available now at retailers nationwide in 60-count bags for $4.99. You can heat them in the microwave in less than two minutes if you just can’t wait for snack time, or they take 15 minutes in the oven if you want them crispy.

The Totino’s Takis Fuego snack bites are actually the second new item in less than a year from the brand, with Totino’s Snack Mix Bites hitting shelves last August.

Of course, you can always buy just the pizza rolls if you’d rather stick to a tried and true favorite. Totino’s has been making the snack ever since it acquired probable pizza roll inventor Jeno’s Pizza in 1986. Over time, they have added to the flavors. Along with pepperoni and cheese, you can also buy sausage, supreme, combination and pepperoni and bacon.

You can also try your hand at making your own if you want a flavor not included in Totino’s lineup. A recipe from Sally’s Baking Addiction calls for pepperoni, but you could easily replace it with your favorite toppings. All you’ll need is pizza dough and sauce, mozzarella cheese and some seasonings.

Will you be picking up a bag of Totino’s new Takis Fuego Mini Snack Bites next time you head to the grocery store?