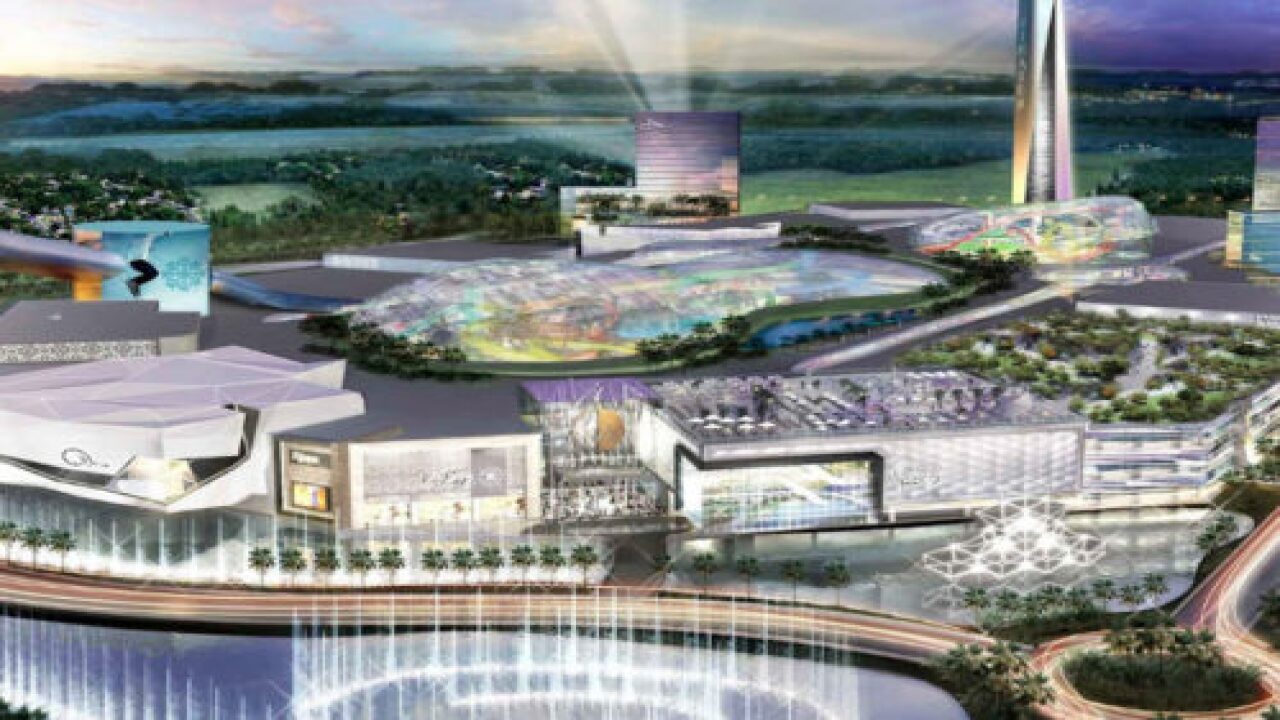 We’re already surfing for plane tickets to get us to a giant new mall opening in New Jersey.

American Dream Meadowlands Mall is the name of this gloriously large center of shopping and entertainment. It is certainly worth traveling for — it covers 3 million square feet and includes a 16-acre amusement park, a water park and shopping.

The owners of American Dream, Triple Five Group, are the same ones who own the Mall of America in Minnesota and the West Edmonton Mall in Alberta, Canada, which are the two largest in North America. They expect 40 million visitors to American Dream every year!

The destination mega-mall, located just seven miles from New York City, features the 16-acre Nickelodeon Universe amusement park with roller coasters that go through the roof.  It also will have a snow park and the largest indoor water park in North America!

Visitors who want to spend their time at the DreamWorks Water Park inside the mall can rent cabanas and enjoy poolside drinks. The weather will always be good because it’s indoors, under a glass roof. There’s no missing out on getting a good tan year-round!

Even the theme park enthusiasts are talking about it, as seen in the link in this tweet from @ThemeParkReview:

American Dream is scheduled to open on Oct. 25. Triple Five Group says the mall is about 85% full of tenants and more are on the way.

There are nearly 500 stores, services, and amenities opening here in time for holiday shopping. That includes luxury options such as Tiffany and Co. and Hermès, plus anchors Saks Fifth Avenue and Barney’s. The mall also includes cool options such as Korean grocery and eatery H Mart and popular mall staples like Uniqlo, H&M and Zara.

Check out the giant candy Statue of Liberty that will be in front of IT’SUGAR, as seen in this tweet from @njdotcom:

Other attractions at the mall include a CMX luxury movie theater, an NHL-sized ice skating rink, a giant observation wheel overlooking Manhattan, the Legoland Discovery Center and SEA LIFE Aquarium, hair salons, the New Jersey Hall of Fame, a bunny ranch and aviary, the Coca-Cola Experience and miniature golf courses. More than 100 dining options will be available. It’ll even house a performing arts center.

This mall is basically its own city!

Also, 30,000 parking spots are planned, but mass transit will be available. There really isn’t much the developers didn’t think of. But they have had plenty of time to do that: American Dream Meadowlands has been in planning and under construction since 2004.

Recently, American Dream conducted a hiring event because it has 7,000 jobs to fill. It’s a fantastic boost to the local economy!

We can’t wait to check this place out.