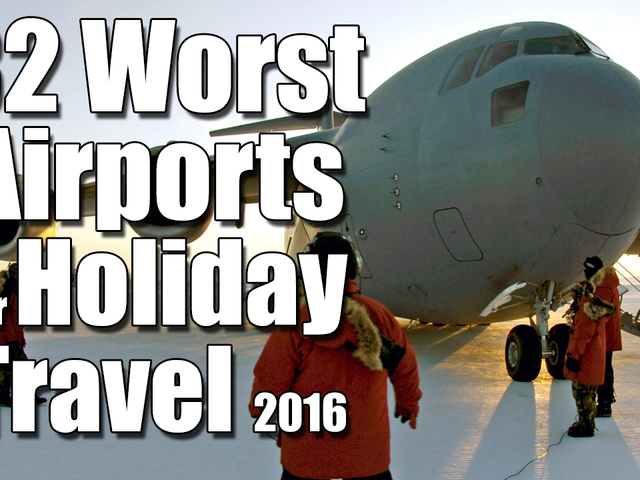 Ever been stuck at an airport over the holidays all because of weather? These airports are where you're most likely to get stuck. The Snowcast App: http://bit.ly/snowcastapp Find Storm Shield elsewhere on the internet: http://www.stormshielda 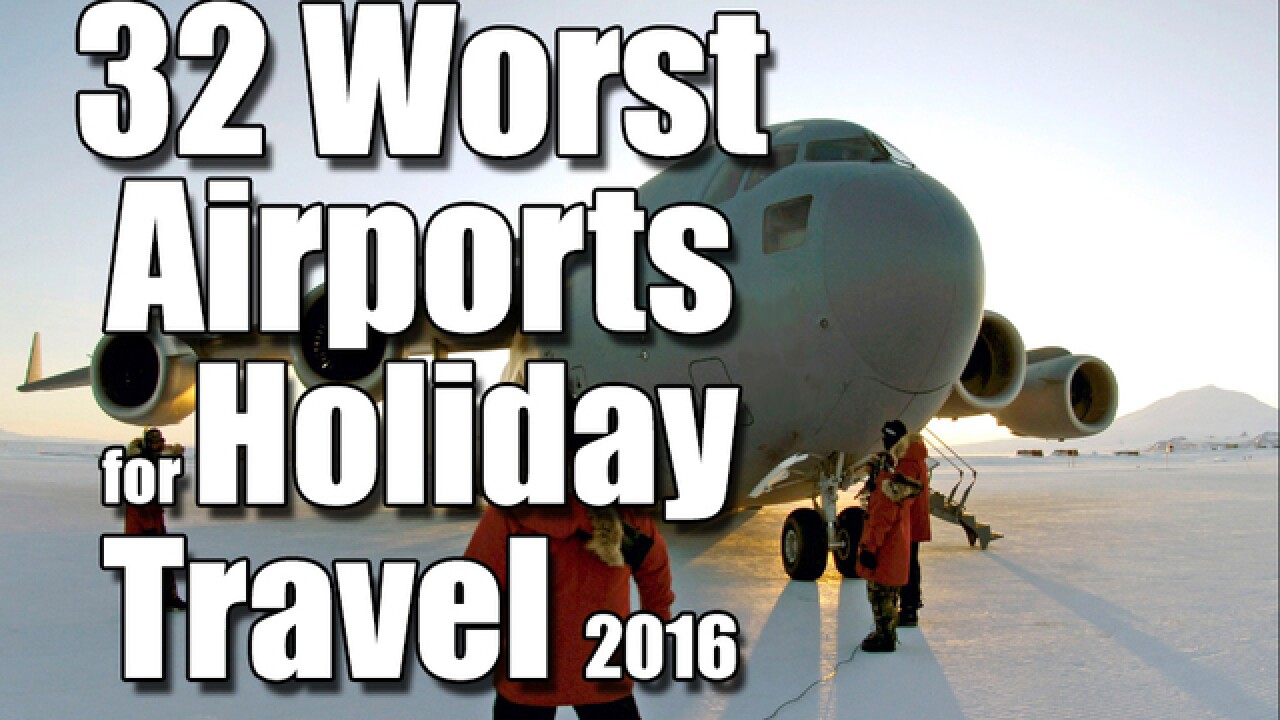 Anyone who has ever had to travel during the holidays knows it can be a real hassle.

Airports are already packed with everyone else trying to visit relatives.

And the time of year also coincides with the first few snowfalls of the winter season, which can mean flight delays and cancelations.

This year is no exception with two different storms bringing rain, thunder, snow and ice to the middle of the country and in the Northwest.

For this particular list, we looked at all the flights beginning on the Monday before Thanksgiving to New Year's Eve for the last 10 years, and we counted how many of those were delayed or cancelled because of bad weather.

Only major airports were included in the list since that's where most people will be flying over the next six weeks.

Smaller regional and municipal airports typically have fewer flights and are more likely to be less equipped to handle any inclement weather, so it's no surprise these airports had the highest percentage of delayed and cancelled flights.

The absolute worst three were three of these smaller airports: Friedman Memorial in Hailey, Idaho; Mammoth Yosemite in Mammoth Lakes, California; and Dubuque Regional in Dubuque, Iowa. All three had delays or cancelations in double-digit percentages.

Fortunately, the worst major airport still only delayed or canceled less than 10 percent of its flights.